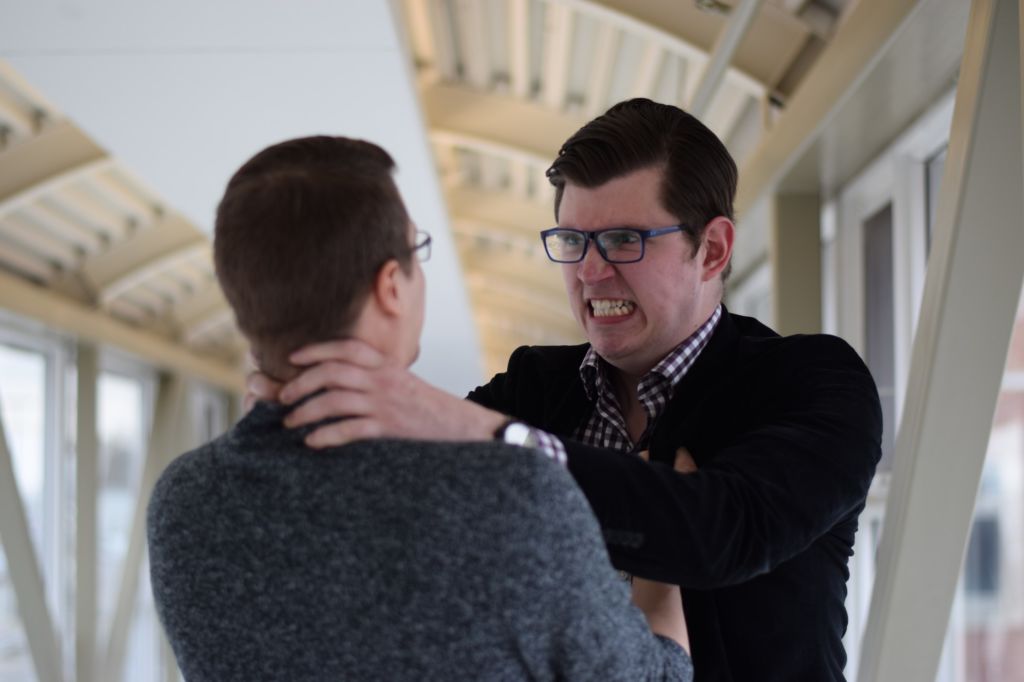 As the new school year begins, many students are nervous, yet excited for what the semester will bring. Whether it is new teachers, a new school, a new town or new roommates.

Some students are thrilled when they meet their roommates, but others wish the nightmare would end.

Glue spoke to students and these were their stories:

Julia had lived in a house of four girls but one of them used to steal from everyone in her house but surprisingly, that wasn’t the worst part.

“I was sleeping – I had to get up for work the next morning – and I woke up at five in the morning to pounding on the door and basically her friend came in and they started fist-fighting in our kitchen,” Julia says. “I don’t know which one of them did it but they sprayed makeup and foundation all over the couches that I bought and then the next day, she was gone and told our landlord that we were all drug dealers and that’s why she had to move out.”

Ashley had ordered a mini fridge when she was in residence but moved out early leaving the fridge behind for Olivia, who was moving into her old room.

“I guess Ashley ordered it so it was technically under her name, but the roommate made a big deal about how Ashley had to come and get her fridge out of our room,” says Olivia. “So, we didn’t have a fridge for the four months that we lived together because she forced Ashley to take it.”

Oliva explains that she could only have granola bars for snacks and had to switch from drinking her favourite black tea with milk to a red herbal tea because she couldn’t keep milk in her apartment without a fridge.

Lilly recently moved in with three roommates and while she got along with two of them, the third was not what she was hoping for.

“He was messy. We [she and her roommates] would ask him to clean. At first, he would come down and do them,” says Lilly.” [But] his dishes kept piling, and I would message him to clean. He would just leave me on read. Sometimes he would leave his door open and the stench would come out.”

Lilly explains that her roommate had actually used all of his dishes and left them in the sink. Instead of cleaning them, he took hers and started using them — and not only did he use them, but he also left them in his room.

“He refused to give them back when I had asked and he said no,” says Lilly. “I was mad because he denied having them and he would not give me back my dishes so when he was gone, I went in and grabbed them because I was fed up.”

* Names have been changed