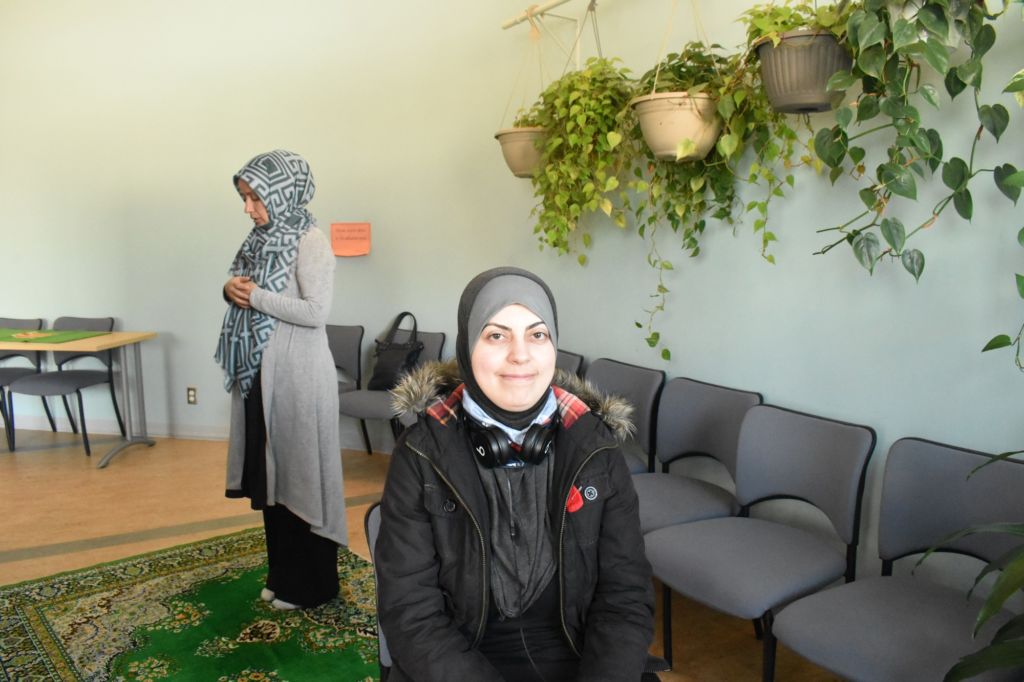 Photo and story by Haiqa Khattak

Zahraa Abdul Karim, a 24-year-old tourism and travel student at Algonquin College, was travelling to the college on a public bus in 2013 when she calmly asked an older lady to move to the side so she could sit down too. The lady looked at her angrily. “You Muslim women think that you can do whatever you want,” she said.

Karim was polite to her, but the woman’s negative reaction shocked her. This led her to feel uneasy. In fact, Karim apologized to her. “It’s okay if you don’t want to move,” she said to her. “My apologies if I said something offensive. I didn’t want to create a big problem.”

Quebec’s National Assembly adopted Bill 62 last year to ban Muslim women from wearing the burqa or niqab (veil over the face) while using public services in the province. Prime Minister Justin Trudeau responded: “The Charter of Rights and Freedoms is there to protect our rights and freedoms, obviously. The state should not tell a woman what she can or cannot wear.”

Heated discussions on this topic have affected Canada’s Muslim population. This can lead to Islamophobia and other challenges for female muslim students in Ottawa.

Radya Mohamed Djibril, an 18-year-old specialized education technician student at La Cité Collégiale, is one of them. “People look at us strangely, and sometimes there are people who attack us saying that we’re terrorists,” she says. “People presume that we’re oppressed, but that is the complete opposite of the truth. It is entirely up to the person to either wear the hijab or not.”

For Karim, she thinks that the ongoing terrorism in the world has made people more xenophobic. “People should start noticing and accepting cultural diversities,” she says. “People need to start accepting each other and start treating each other equally.”

Mariam Jheran, a 22-year-old Algonquin journalism student has dealt with comments and stares in the past, but she opts not to victimize herself in such situations. “Even though I’ve been faced with ignorant people and Islamophobic comments, I chose not to let that turn me into a victim who seeks sympathy,” Jheran says.

Other women start questioning their faith. Jheran was in such a situation once but she got through it. She chose not to dwell on the ignorance of others.

“I’ve had many phases in my life where I’ve lost sight of my faith and I let the influences around me assimilate me. Not seeing girls who look like me being properly represented in popular media growing up took the biggest hit on my self-esteem,” she says. “I don’t ever want someone to look at me and feel that I’m oppressed or unhappy being a Muslim woman, and unfortunately that’s really all we see in movies and tv shows that have Muslim (Hijabi) women. We’re often portrayed as timid and obedient individuals who don’t have the freedom to speak their mind. So I think it’s incredibly vital that the Muslim women of this generation speak out and take the reigns on representing ourselves rather than letting people assume they know everything about Muslim women.”

Wiam, a mechanical engineering student at Carleton University, was born in Morocco. She carries both her Canadian identity and her Muslim identity with pride. The latter, however, has been used against her in the past.

“My hijab was a big problem for other beliefs. A man told me once that I’m going in the wrong way and my prophet didn’t tell me the truth,” says Wiam. “He tried to convince me that there is nothing called Islam. He did that for at least four months.”

Her cousin in Bordeau, France had to remove her hijab to be accepted into her dream job; she was forced to take it off.

“I think all hijab women face the same problem everywhere and anytime,” says Wiam. “I chose Canada over other countries because I was certain that I wouldn’t be rejected because of my hijab.”

“When I was younger, I was scared to chase my dreams of wanting to be on TV or radio because there weren’t any hijabi women on news channels,” Jheran says. “But now, I think the doors have really opened up for us in a big way, and people want to see diversity. They want to see different types of people represented in western media. So I actually think that my hijab and being a Muslim woman is a great tool that can actually help me reach these goals rather than holding me back.”

After all, the freedom of expression is the right of all.

Malala Yousaffzai, the youngest Nobel Peace Prize winner, told the Guardian: “I believe it’s a woman’s right to decide what she wants to wear, and if a woman can go to the beach and wear nothing, then why can’t she also wear everything?”