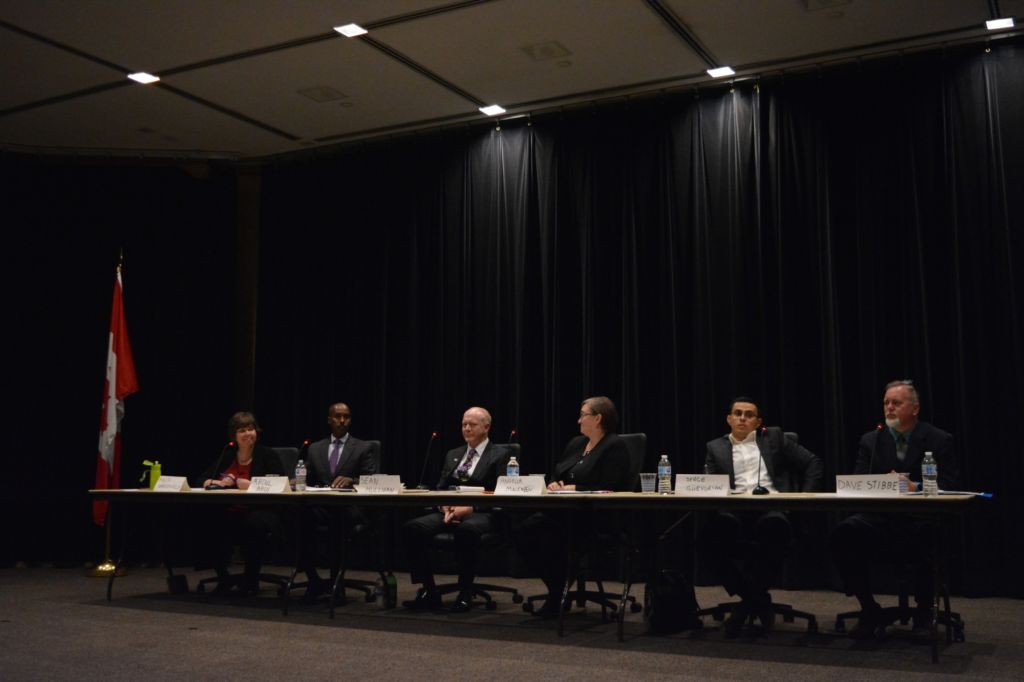 Candidates for the Ottawa West-Nepean ward all addressed concerns regarding vaping and smoking among youth at Thursday night’s all-candidates debate.

Although the candidates from the six opposing parties mostly disagreed with each other throughout the question period, this subject was able to unify them.

All candidates shared common concerns. They all expressed the need for more research and awareness around the potential correlation between smoking – in all its various forms – and lung disease and deteriorating health among youth.

“I’m worried about young people picking up vaping because they think it’s not as dangerous as smoking,” said Angella MacEwan, the New Democratic Party candidate. “I think we need to do more research into vaping in particular and how this is hurting peoples’ health.”

Awareness and research were repeated solutions among the panel.

Other issues raised that are of concern to Algonquin students include: cost of living and housing, community safety and green spaces.

Later into the evening’s event, one questioner asked which of the candidates currently lived in the West Nepean riding.

As for what they see as the most important issue being faced by the Ottawa West-Nepean community, the panel shared a wide scope of concerns and how their party is planning to address those concerns.

For People’s Party of Canada candidate Serge Guevorkian, MacEwen, and Vandenbeld, it was the rise in living costs.

“The main issue for me here is safety and security,” said Abdi. “I’ve taken this as my first priority because as a front-line police officer I’ve had to attend several cases where shootings have taken place. If it doesn’t happen in your backyard doesn’t mean you’re immune to it. I’ve seen kids I used to coach basketball at the Boys and Girls Club who’ve become homicide victims in this city.”

One unexpected question that both challenged the candidates and had the attendees laughing was when the candidates were asked to name one plank of their party’s platform with which they disagree.

“I do believe we can be doing more on international development,” said Vandenbeld.

For MacEwen, child care was one plank she wished was given a bigger priority.

Algonquin College students residing in the Ottawa West-Nepean ward can attend the next community event on October 10, 2019 at Dr FJ McDonald Catholic School.