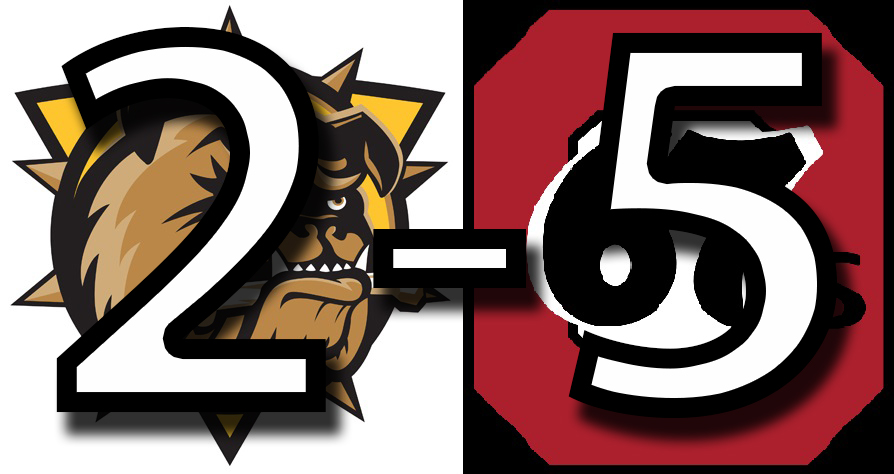 The first two games of the Ottawa 67’s opening playoff series against the Hamilton Bulldogs were a chippy affair with 40 penalties between the two teams over the course of both games.

Ottawa’s special teams were given the opportunity to shine amidst the constant penalties, and they did not fail to let the chances slip away. The first game saw the 67’s go an impressive 4 for 8 on the powerplay, then following that up by going 3 for 5 in the second game. Their penalty kill was also an area of pride, especially in game 2 where it held Hamilton to only one goal on eight powerplays as well as scoring shorthanded.

“We gave up eight PK and 19 shots against,” says 67’s coach André Tourigny ecstatically. “I’ll take that every night no doubt about it. I’m really proud of the guys and really proud of our PK.”

But when it comes to actually taking eight penalties in the game, Tourigny was less impressed.

“We have to be better than that,” says Tourigny bluntly. “I did not like it. We have to take care of our business, we’re a good team because we have (our) focus in the right place every day.”

Despite getting pulled into what Tourigny refers to as “the chirp war,” the 67’s managed to put on an offensive show.

Game one was a dominant 9-3 victory that was spearheaded by star player Sasha Chmelevski, who was the first star with four points. However, in game two the goals came from players who find themselves on the score sheet less often. Graeme Clarke was the star of game two, completing his hattrick with only 14.5 seconds left to play in the game.

“(I’m) feeling good,” says Clarke confidently. “The team’s looking good too and my linemates are kind of just feeding me so it’s nice.”

Clarke already has five goals over the course of Ottawa’s two playoff games after only scoring 23 goals total in the regular season.

“I think Graemer had a really good start to the season,” says Tourigny. “After his injury, for sure that slowed him down. But I think the last 10 games of the season were really good, especially the last five was really really good and he carry (that) into the playoffs. I think right now he’s just getting what he deserves. He works extremely hard every day, Graemer is really easy to coach.”

The series now shifts to Hamilton where the 67’s look to take a stranglehold over the Bulldogs and potentially complete the sweep. Games three and four take place Tuesday and Wednesday, before heading back to Ottawa for game five on Friday if needed.