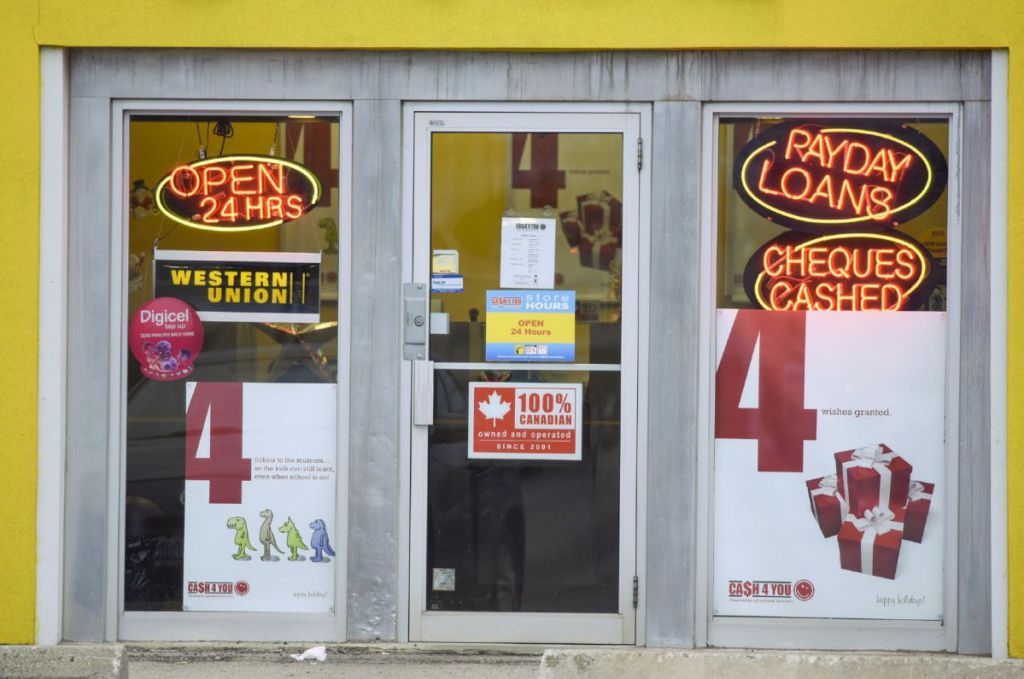 In 2016 Ipsos, a global marketing and consultancy firm conducted a poll that showed 48 per cent of Canadians are less than $200 away from being unable to pay their bills. This is especially true for young people, including recent graduates entering the workforce for the first time, in many cases still working minimum wage jobs. When I graduated from the University of Ottawa in 2015, I found myself in that exact position.

My first job after graduation was working in an all-day breakfast restaurant, mostly washing dishes and peeling potatoes, and earning minimum wage. To my credit, I had chosen to pay all of my own bills, deciding that now that I was an ‘adult’ I didn’t need my parents to help me. Ironically since my diploma had focused on classical literature, I should have known my hubris would be my downfall.

For a while, I was doing pretty well on my own. I didn’t exactly have a lot of extra cash, but I was working enough to pay my rent and phone bills with enough left over to still enjoy myself in my free time. Unfortunately, as anyone who has worked in the restaurant industry, winter is bad for business. People just don’t want to go out to eat in the winter, and they definitely don’t want to go for breakfast. Since fewer people were coming into the restaurant to eat, there were fewer dishes that needed to be clean and fewer potatoes that needed to be peeled, which meant fewer hours of work for myself.

After about a month of working 20 hours a week, on a good week, money was so tight I was feeling strangled. If I had been a little more mature, and far less proud, this would be the moment any normal person in my situation would beg their parents for money to bail them out. Unfortunately, I thought I was better than that. I was scheduled for 40 hours next week and, conveniently, there was a Money Mart near my house offering a “Payday” loan of $300 for 14 days with no interest payments. Taking out that initial $300 loan would be the most expensive mistake I’ve made in my entire life.

In the same year that Ipsos released its findings, the Financial Consumer Agency of Canada (FCAC) conducted a survey of 1,500 Canadian payday loan users. Of those respondents, 30 per cent were between the ages of 18 and 24, and 57 per cent were under the age of 45. On top of that 53 per cent of respondents earned less than $55,000.

One of the issues with payday loans, as I learned all too well, is with the predatory interest rates associated with the loans. Section 347 of the Criminal Code of Canada sets the maximum allowable annualized interest that may be charged at 60 per cent, however, it also provides for an exception, where provinces choose to regulate payday loans. Currently, payday loans will offer you $100 for $15 which represents and Annual Percentage Rate (APR) of 391.07 per cent. 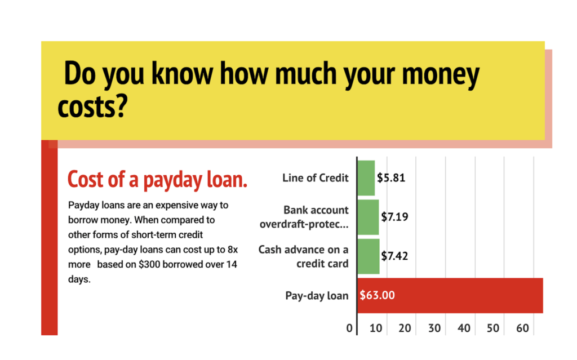 Speaking for myself, and nearly 57 per cent of respondents to the FCAC survey who incorrectly identified payday loans as the cheaper option compared to other forms of short-term credit, a lack of financial literacy may be contributing to the use of these loans.

I learned this lesson myself when my original $300 loan came due two weeks later. Even though my original loan was interest-free, my paycheck was nowhere near large enough to cover my expense for two weeks after paying back what I owed. So I took out another $300 loan and because at the time the interest was 21 per cent, I suddenly owed $363. Skip ahead nearly 18 months and I now owed nearly $900 between three separate loans from Money Mart, Cash Money and Cash 4 You.

“My fiancé was coming for a visit,” she says. “I wanted extra money to go to Montreal for the day.”

When Holmes took out her original loan she was receiving Ontario Disability Support payments and without a job. She took out a second loan with Cash 4 You to cover living expenses and pay off a credit card. Holmes now works for the government doing data-entry and trying to slowly pay off her debt.

“I just got trapped in the cycle, but I’m working to get out of it,” she says. “The interest rates are just robbery.”

Fortunately, my story has a happy ending. I’m privileged enough to have parents with the resources to afford to pay off my loan and bail me out once I finally had the good sense to ask for help. My parents, however, are not made of money and expected me to slowly repay my debt but this time with far more reasonable interest rates.

Although I was lucky enough to have a safety net that allowed me to break the cycle of payday loans, there are many who are not so lucky. If I can offer some advice, with the benefit of experience and hindsight, it would be this: know your options. I don’t have the confidence to say there is never a situation where you need to take out a payday loan, but I can tell you there is almost always a better option. Get overdraft protection. Take out a cash advance on a credit card. Most importantly, learn about finance. The real world is expensive, but your own ignorance can bankrupt you.