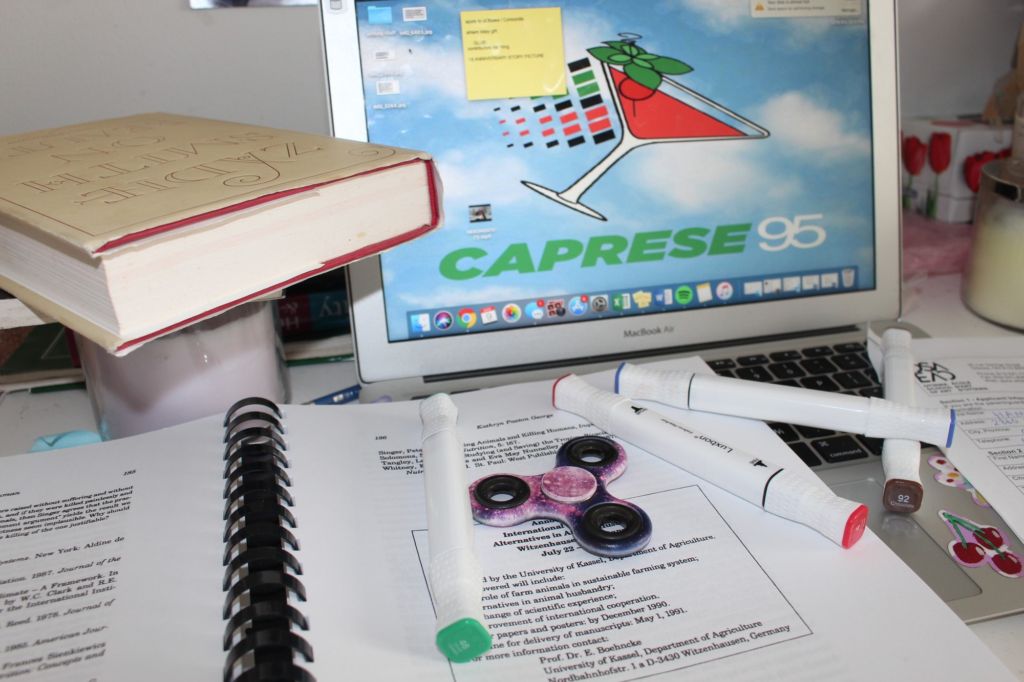 Two summers ago, I remember sitting in a white room that I had been in many times before. I was fidgeting nervously as my doctor looked over a paper I had filled out. I knew what was coming next, but a big part of me was hoping that I was wrong.

She told me that I had attention deficit hyperactivity disorder (ADHD.) I don’t remember what she said after that, but what I do remember is a strong feeling of panic.

I was 18 at the time and what I knew about ADHD was limited to the basic stereotypes that I couldn’t necessarily relate to. I’m not hyperactive, I’m not constantly bouncing off the walls, I’m not disruptive and I’m certainly not a boy.

When I tuned back into the conversation, my doctor started talking to me about the possibility of going on medication. The idea of taking medication scared me more than the diagnosis itself. I told her I’d think about it and we left it at that for a few weeks.

I finally worked up the courage to discuss this new diagnosis with my parents who were initially upset and confused about the whole situation. I was expecting some sort of negative reaction, but I was still left feeling hurt and misunderstood.

I figured that if I ignored it, everything would be fine. I wanted to convince myself that my doctor had made a mistake.

I convinced myself that I couldn’t possibly have ADHD.

At the time, I had just graduated high school and was working full-time. As the summer went on, I started to reflect on my time in high school.

Thinking back, I realized I found it harder to concentrate and I eventually started reading less. It wasn’t because of a lack of interest, I just couldn’t finish a book for the life of me. Something I had once adored, suddenly became a lot more difficult to do.

I felt like I had to work ten times harder just to pass, while my classmates seemed to have no problem at all. I thought I wasn’t as smart as my friends and I could tell that my parents weren’t impressed with my grades.

I felt as though years of my life were wasted. Why didn’t somebody notice? Why hadn’t I noticed? I convinced myself that I was the problem.

I didn’t want to waste any more time so I booked an appointment with my doctor. She gave me a prescription for Concerta and I was excited to start this journey. I was convinced this tiny bottle of pink pills would solve all of my problems.

Unfortunately, Concerta wasn’t a good match for me and my ADHD. The medication made me feel anxious, dizzy and I wasn’t sleeping anymore. I was very discouraged by these results but I kept trying until I eventually figured something out. With the help of my doctor, we tried a few different types of medications and dosages. It took months before finally getting the right one.

According to Dr. Joanna Pozzulo, professor and chair of the department of psychology at Carleton University, the common characteristics of ADHD are seen more in males than in females. She explains that it’s more difficult to picture adults suffering from ADHD and that they are less likely to seek medical attention.

When it comes to diagnosing people, Dr. Pozzulo explains that there is a list of criteria to consider.

At first, I didn’t tell anyone besides my family. I felt embarrassed that I needed medication to function. I was afraid they would think I was using ADHD as an excuse. That it’s just a myth and I’m only being lazy. I didn’t want anyone to think any less of me because of it.

Fiona Reilly is a 23-year-old visual arts student at the University of Ottawa and she got diagnosed with ADHD in 2017. Only after a few sessions with her psychiatrist she was diagnosed. She always kind of knew that she had ADHD and she felt good about the diagnosis.

“When I got diagnosed I had a lot of conflicting feelings,” Riley says. “I was really glad that it finally happened, but I was kind of upset about the time I felt I had lost and [that] I could have used better.”

Eventually I realized that I’m not the only person with ADHD that felt confused and isolated. I read blogs about other people who have ADHD, people who also nervously bounce their leg and have twitchy hands. I learned that my forgetfulness and hyperfixations are a direct result of having ADHD.

But most importantly, I learned to embrace it.