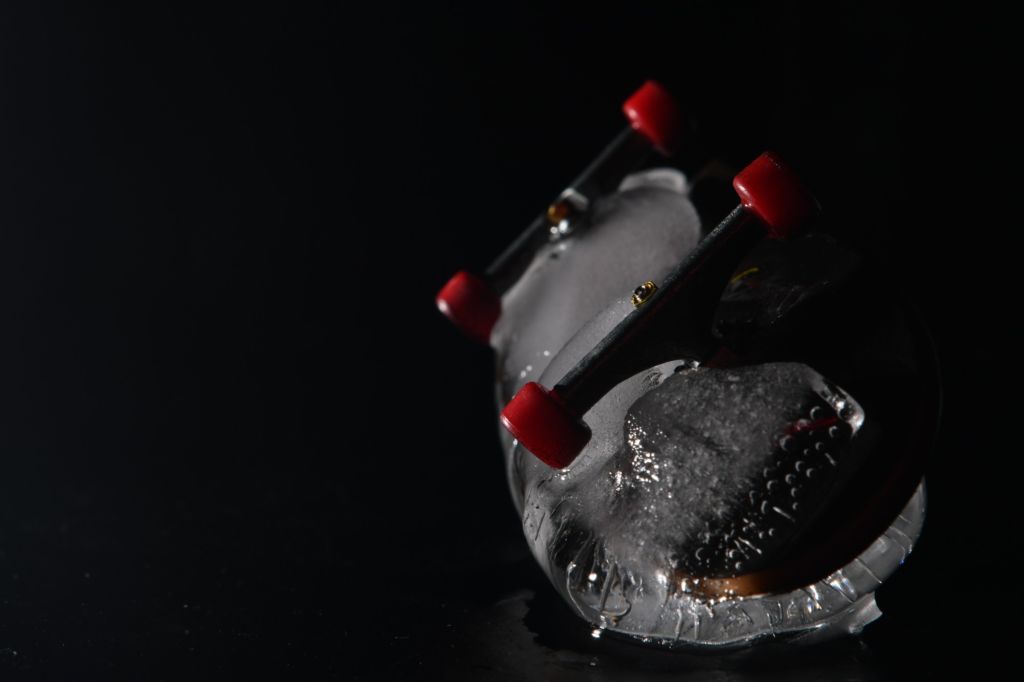 A group of local skaters gather at an underground parking lot at 8:30 p.m. on a Sunday in minus 25 degree weather. Soon enough, they are going to get kicked out, but it’s the middle of winter and have nowhere else to go.

“Winter is torture for skateboarders and I think especially for those in Ottawa,” says Derek Roberts, Algonquin bachelor of hospitality management graduate and local skateboarder. “Winter here in the city doesn’t offer really any chance to get outside and skate. There’s On Deck’s indoor mini ramp, you could drive two hours to Montreal, or risk it by skating in places like parking garages or abandoned buildings where you could encounter security or even police. For something about to debut in the upcoming summer Olympics, how can there not be some sort of better option?”

It’s a harsh reality. Every year skateboarders end up places they aren’t supposed to be or nowhere at all. For those who love skateboarding it’s almost impossible to give up so they find their fix where they can.

“I’ve been kicked out of countless indoor and covered spots downtown in the winter,” says Roberts. “You just walk away and don’t push it. I know I shouldn’t be there but where else can I go? Encounters with the police are pretty rare but they usually understand more than security guards why we end up in these places in the middle of January.”

With limited options, these encounters are worth it, but for some people, there’s no choice at all and they have to give up what they love for a large portion of the year or go to extreme lengths and distances to skate, and with growing numbers, the demand only grows with it.

“Obviously there’s a ton of people that skate,” says Eric Dionne, owner of Top of The World skate shop. “People need to go somewhere. Being realistic over the last couple years everybody has been going to spin park, going to taz. Travelling that two hours to go to those parks.”

Those distances are unrealistic for most, especially for kids. For some, it’s hard enough convincing your parents to drive you to the local park, let alone Montreal. A big part of your life disappears and that is especially devastating when that’s all you want to do.

“For me, when I was young you didn’t really skate anymore,” says Spencer Hamilton, a professional skateboarder from Ottawa. “There’s no [indoor] skatepark here and there’s no point in even thinking I’m going to drive to Montreal every couple of days.” 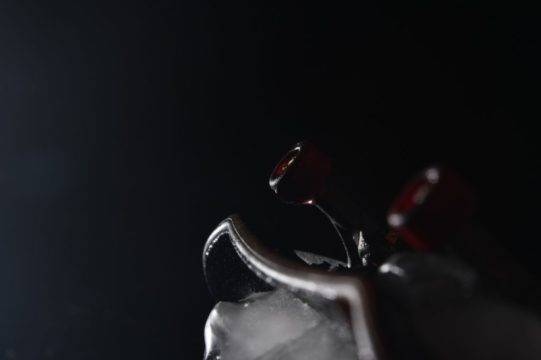 Skateboarding is a community of different people who have one thing in common: the love for a small wooden toy. It gives you camaraderie, determination, a sense of community, self-worth and confidence. And right now, Ottawa skateboarders have to give up all of this for four to five months of the year.

“You lose a piece of your identity,” says Jordan Wells, program coordinator for The Yard and a locally sponsored skater who is involved with the Ottawa Skateboard Association and For Pivots Sake. “I know that when I’m skating well and I’m landing all my tricks my self-confidence is peaking and if I haven’t been skating enough or been bailing a lot you just don’t feel good about yourself.”

You don’t just give up the activity but often you give up your friends too. Without a space to meet you go those same months without seeing your friends and those friends and experiences you have with them can be so important.

“I met a lot of people that I became friends with and learned a lot about skateboarding and even a lot about life in general,” says Hamilton.

Even after the waiting is done and the winter is over skaters face another problem: parks take months to thaw out after snow builds up for so long.

“In the winter, many of the regular skaters would come together to uncover the park after the harsh months had passed,” says Roberts. “It takes months for the park to thaw out so we would all bring shovels and dig out the park for hours just to uncover a single obstacle. I’ve even seen blow torches used to melt away ice or dry up the water.”

As strong as the will to skate is you can’t dig out a park every snowfall. If you’re lucky, you know someone with an indoor ramp but those are few and far between. Maybe you’ve found a covered spot that isn’t a bust, but if not, you’re left leaving the city to find somewhere to skate.

Some skate shops try to help in this sense. Birling, an Ottawa skate shop, organizes trips to Montreal over the winter that gives 48 kids the opportunity to skate an indoor park for the day. Even then, it’s just one day.

“We do the best we can,” says Aaron Cayer, co-owner of Birling and founder/director of the Ottawa Skateboard Association. “We’re trying to bring people together and leverage that to show the municipality that there is a need, there is a demand for these types of things.”

A local indoor park is what the city needs, especially since it will be an Olympic sport soon, but Ottawa has never had one that lasts more than a few years. Sometimes the business sense is there, but the passion and quality aren’t so the park goes unused. Other times the passion and quality are there but the business sense isn’t so it’s forced to close. It’s difficult to find a balance between making a profit and making something for the community.

“There’s been [indoor skate parks] over the last 20 years that have come and gone but none have worked,” says Hamilton.

An indoor space is a necessity, not only for the individual skaters but community programs like For Pivots Sake. The program mentors and engages youth through skateboarding with recycled skateboard components and fundraising. They have nowhere to go during winter and have to come up with creative ways to keep kids engaged and active.

“In the winters there is no indoor space but I still wanted to keep bringing the influence of the culture,” says Wells. “So, I would bring in a skateboarder who is an artist to show that discipline and then another skater that worked in the food industry, so whether they’re a chef or something like that. We would do an art group for an hour and then we got into the kitchen and we all cooked together and learn those techniques of the meal. Then we’d sit and eat together. That was an effort to keep bringing that creative culture to these kids that have been hanging out with skaters all summer.”

The entire community has spoken out for the need of a functional space for them to use and the city hasn’t provided any help so they made it happen themselves. A Kickstarter in April 2018 in order to raise money in hopes of being able to open an indoor facility was their answer. Multiple communities banded together to get this project off the ground; skateboarders, BMX riders, scooter riders and in-line skaters all need this space and so they made it happen. A total of $103,623 was raised to open The Yard, Ottawa’s indoor bike and skatepark.

“The community has been really good,” says Anthony Bereznai, owner and organizer of The Yard. “People were super supportive of the Kickstarter. Since then, we’ve had a lot of people reaching out saying they want to help with the build. We’ve had really good partners like the guys from Birling. They’ve been involved with giving us a lot of input into the design and helping run events to gain support. It’s been really really good.” 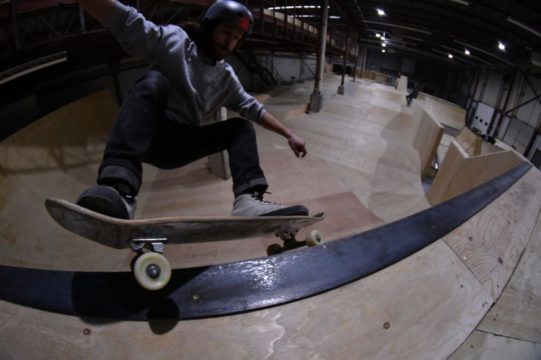 The park needs to be different than what we’ve seen in order to be successful. Many parks have tried and failed, but this one may be different.

“What makes this park different is the collaboration and the genuine intentions of the people behind it,” says Wells. “We’ve had a few parks throughout the years but they weren’t run properly. I think through the cooperation we’ve had throughout the community – the bikers, the scooters, the skateboarders and the community builders – all these people put their heads together and there’s no other way to be successful.”

This project needs that community support if it’s going to be done right. The Kickstarter got people involved in the project and those who backed the park are the same ones who are going to use it. The space is made using input from the community and by doing this gives the park the best chance it has to work.

These tactics are different from parks in the past and that comes down to the business sense and community involvement of Bereznai. His approach may be the balance that makes this park work.

“Not anybody can handle such a big facility and be able to run programs out of it,” says Dionne. “He’s obviously going after the BMX and the scooter world too, and the mountain bike guys also. If it brings everybody, I think it’s one way to make it successful.”

This ground level community approach is what a local park needs, but you can’t forget that it’s a business and needs to make a profit to survive. Many parks have failed because they can’t make it a viable business. This park could make it because of these differences and the community recognizes that.

“The indoor skate and bike park that will be The Yard I think is our best opportunity to have an indoor space,” says Cayer. “The owner, Anthony, brought a number of communities together, he actually approached us. He brought a key group of people to talk and figure out the optimal design and got as much consultation as he could to make sure this is going to work and it’s never been done like that.”

There’s no way to tell if the park has been done right yet but for now, there is something that meets the demand and already has the community involved.

“This facility has all the mechanisms lined up and because they’ve approached us, we’re willing to back them,” says Cayer. “This is going to be a really interesting winter where we actually have somewhere to go.”