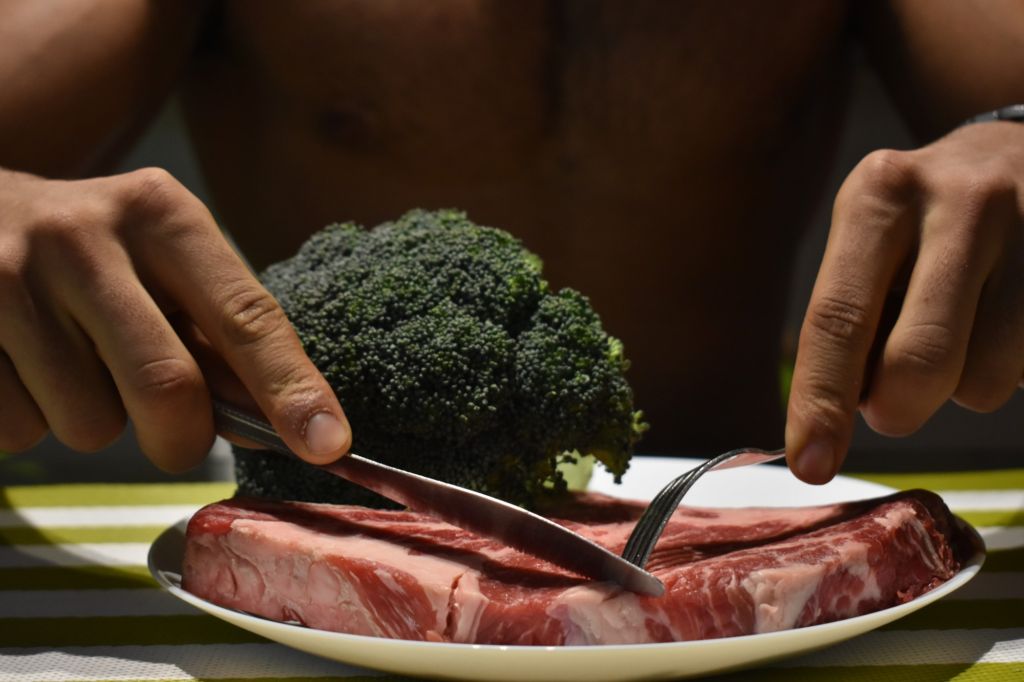 It’s dinner time. A chicken breast stuffed with cheese and wrapped in slices of thick-cut bacon sizzles in a searing hot pan.

The smell of bacon fills the kitchen as the smoke rises from the pan. Served with a heaping side of roasted broccoli in garlic butter, it’s time to chow down. After a deliciously indulgent meal, what’s for dessert? Nothing.

There’s always a new diet fad that emerges every few years, from going vegan, to intermittent fasting and even juice cleanses. Recently, I have noticed a major shift towards people doing the ketogenic diet, so I wanted to explore it more.

The ketogenic diet is “high fat, very low-carb, moderate protein diet,” explains Dr. Kandis Lock, a naturopath, in an email. With the absence of carbs and sugar, your body eventually kicks into ketosis, which makes your body more efficient at burning its own fat for energy.

“The ketogenic diet started becoming a topic of interest to my client base around two years ago,” says Andrea Bartels, a registered nutritional therapist. She says that a major use for the diet is weight loss, but it has also been used to help their clients with cancer, type 2 diabetes, and brain-related conditions.

So, what can you eat? For starters: protein, vegetables low in sugar like greens, healthy fats such as avocados, olive oil, and nuts are necessities. All food high in carbs such as pasta, legumes, and root vegetables are off limits. Even fruits, with the exception of some berries, are discouraged.

I decided to put myself on the keto diet to see how it felt. I also talked to two Carleton University student roommates who “went keto” together back in February 2018. After watching a TED talk, the roommates made a pact to support each other on a new lifestyle journey and they’ve never looked back.

Psychology student Jonny Brown is a fan of the diet. “I lost 30 pounds in just about two months,” he says. Then he gained 10 pounds in muscle when mixing this diet with a regular fitness routine.

His roommate, Adam Brunelle, a communications student, agrees. “I was able to cut down from 210 pounds to 185 pounds in a little under three months while virtually performing no exercise whatsoever,” he says.

Though the diet is extremely successful in weight loss, it isn’t a walk in the park. One of the hardest parts about the diet is the first few days of adjustment.

“It is normal during this time to experience ‘keto flu,’ where you have mood swings, fatigue, strong carb cravings, insomnia, bad breath and skin eruptions,” says Bartels. “This is happening as your body is realizing it needs to change programs and is adjusting to the new primary fuel source.” This is why, in part, the diet shouldn’t be seen as a temporary fix but as a more permanent lifestyle choice, she says.

“It was dreadful,” says Brown. “It was really hard because I was always craving sugar and I also loved potatoes. I felt like I was going crazy but after a week, it started to balance out.”

Another big curve to this diet was the price of food. I spent an extra $30 more than I normally do on my bi-weekly grocery shopping because now I was purchasing things like steak and salmon rather than beans and lentils. This is where

Brunelle struggles as well. “It’s tough not only in practice but on the wallet as well,” he says. “You have to buy enough meat and vegetables to fill up at a meal without any of the cheaper filler foods like rice and potatoes to supplement.” As someone who eats out about three times a week, his options for fast food to fit his lifestyle have dwindled.

For Brown, the diet hits his wallet hardest when going out to eat. Because he can’t grab a cheap burger and fries or plate of pasta, he has to opt for an all-protein dish like steak or ribs which are usually the pricier dishes on the menu. “Every establishment will fill half your plate with a carb just to fill you up and for them to cut costs,” he says.

A week and a half in, I was feeling good but when it came time for Thanksgiving, I had gone home for a family feast. Apart from plain turkey and broccoli, there was nothing else I was allowed to eat, so I cheated. The stuffing, potatoes and pumpkin pie were delicious, but I felt a difference in my body over the next couple of days. There was a bloated, heavy feeling and my body didn’t know what to do with the food I had put into it.

Cheating throws your body out of ketosis, making keto ineffective which is why the diet is so strict. However, there is no doubt that it can be effective in weight loss and its medical benefits when done correctly.

Brown and Brunelle have recommended the lifestyle switch to friends and family who have also seen results. After losing three pounds in the first six days of the keto diet myself, I would also recommend switching lifestyles and will try to continue on with mine or at the very least cut down my sugar and carb intake