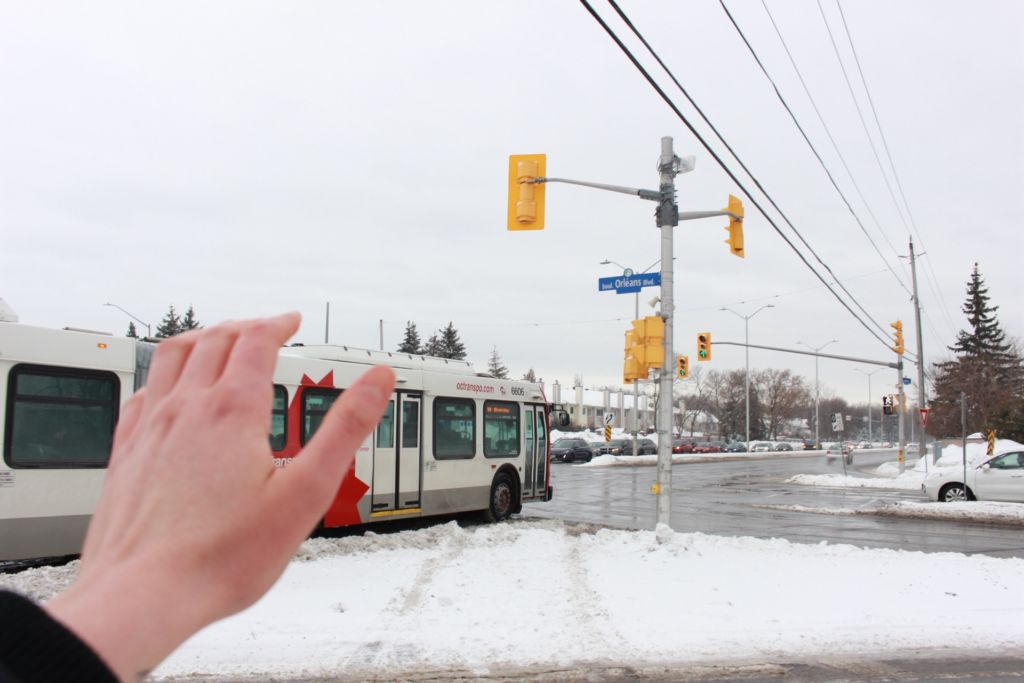 The #OttTransitChallenge got me thinking and now I’m butthurt.

Not only from sitting on the bus for more than an hour and a half every day, but from thinking, “what will this challenge actually do to help people who still have to take the bus, everyday?”

You know, for longer than a week.

Earlier in February, 17 of the City of Ottawa councillors took the bus for a week.

The challenge was supposed to encourage discussion, between citizens and councillors, about issues surrounding OC Transpo.

Some people have no choice but to sit and ride for what feels like eternity, even if it’s only for a one-hour class. And believe me, that hurts.

Side bar, have you ever travelled an hour and a half for a 12-minute class? I have.

I thought the transit challenge was a good idea to raise awareness about some of the issues surrounding OC Transpo.

Carleton University student, Sidney Anthony, also thought the challenge was a cool idea. Anthony has to travel more than an hour when she takes the bus to Carleton from Orléans.

She still feels there’s a downside. “They still don’t know what it’s like to commute by bus everyday,” Anthony says.

Charlotte Kaasalainen, a 20-year-old bachelor of science and nursing student has to travel to the University of Ottawa and Algonquin every week from Orléans.

Kaasalainen hopes the challenge will put things into perspective for the councillors and see that action needs to be taken.

“I can’t count the amount of times I’ve had to run to catch a different bus,” says Kaasalainen. “Or call an Uber because the one I was waiting for didn’t show up. Busses should at least be reliable.”

We rely on the busses to be on-time as that is our only option.

It stings when a councillor can choose to drive 15 minutes to an appointment instead of take the bus for an hour and a half during the challenge because they had that option.

I wish that was an option for that 12-minute class.

Daily riders want to know what is going to happen now? We’ll continue to get on a bus and most of them will return to leather heated seats.