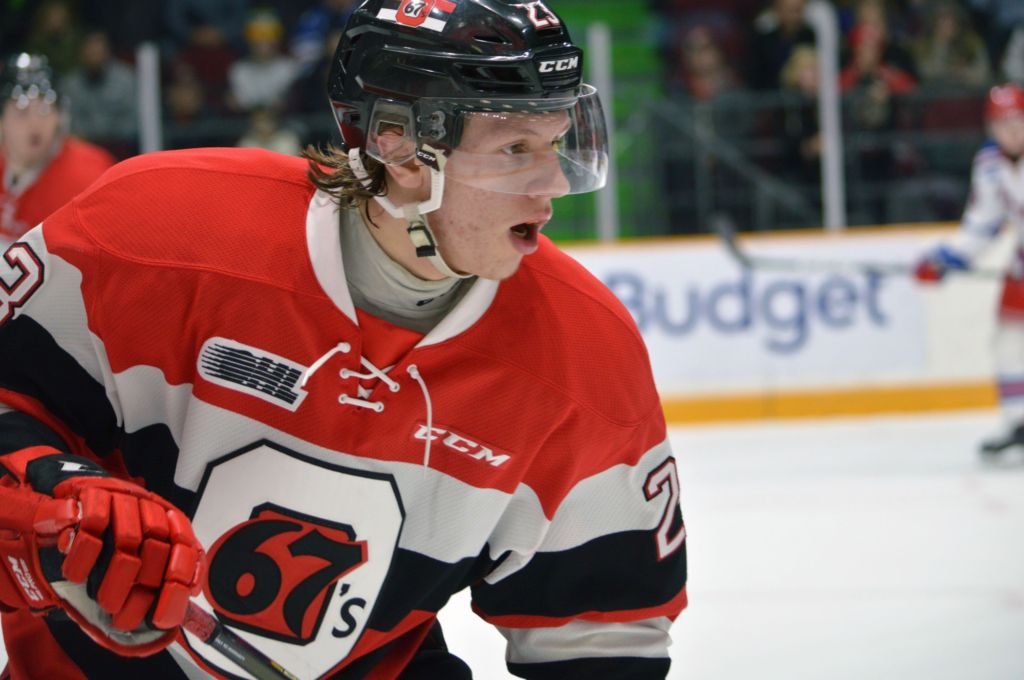 The road to the NHL is never an easy one; there are hundreds of thousands of kids around the world who grow up dreaming of one day playing in the best hockey league on the planet. Only the best make it and even then, there are so many obstacles to overcome. There are injuries, new teams and teammates, new cities and even new countries.

These are all things that Ottawa 67’s rookie forward Marco Rossi has had to deal with. But he refuses to let any of them stop him from achieving his ultimate goal.

After being selected 18th overall in the OHL priority draft, Rossi left his family, friends and entire life back in his home country of Austria to come to Canada where he continues to try and achieve his NHL dream.

The move has paid off for him immensely so far; Rossi sits second in rookie scoring across the OHL with 57 points, five points back of Saginaw’s Cole Perfetti. Perfetti, however, has played 10 more games than Rossi, since Rossi missed nearly seven weeks due to an elbow injury.

His spectacular performance so far has caught the eye of amateur scouts around the NHL and many have pegged him to be drafted as high as second overall in the 2020 NHL draft next June.

That’s still over a year away and Rossi knows he needs to focus on the present and continue to improve his skills. Luckily he’s had no shortage of support in that department. In the off-season, Rossi skated with fellow Austrian Michael Grabner, a nine-year NHL veteran who currently plays for the Arizona Coyotes.

Grabner told him that the biggest difference in the NHL and playing back in Austria is the size of the ice. In Europe, the ice surface is significantly larger than in North America.

Rossi has plenty of talent so as long as he can adjust to the different size ice, he should have no problem continuing to dominate in the OHL and eventually at the NHL level.