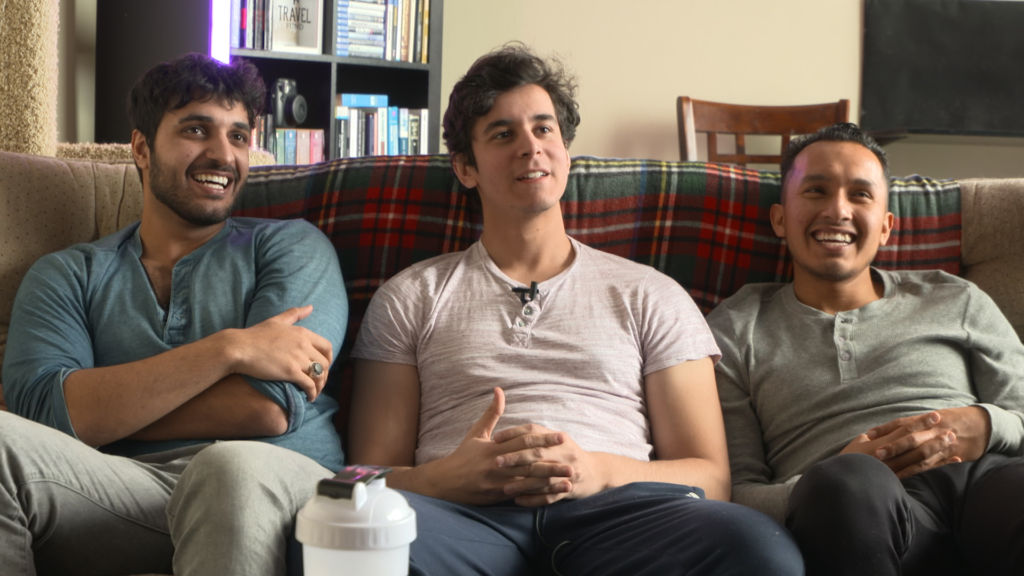 In today’s society, everyone is looking for the next great experience to be shared over their social media.

This is something two recent graduates from Ottawa realized and decided to capitalize on this opportunity. Back in 2016 Ismail Benmbarek and his friend Ali Kazal started to come up with the ideas for an app that is now called Wandure.

“I was just finishing up university, he had just finished up, so we really wanted to do something out of the ordinary. We were hanging around a lot and we thought, ‘might as well do something with our time,’” Benmbarek says.

They created an app that was free to download, “it’s a peer to peer marketplace of rare and unusual travel activities along with a travel buddy finding feature,” says Benmbarek. “In this social media world, people are looking for increasingly unique things so that’s what we offer for them. Really rare and unique activities to kind of show off on social media and to boast about.”

His partner Ali Kazal was in charge of a lot of the app development and Benmbarek handled the business side of things. Over time, they brought two more friends into the project to help with the iOS and Android app developments, as well as some digital marketers to help market the product. Finally, the app launched in September of 2018.

Now they are a team of eight and consider themselves to have four founders: Ismail Benmbarek, Ali Kazal, Sai Desu and Luis Anacona.

At the time of app development, not many companies were offering travel experiences. Now Benmbarek says his biggest competitors are Airbnb and Trip Advisor, two businesses that did not exist when they first started. Though they are giant competitors, Benmbarek believes they have something special over the competition because they take care in what they offer as travel experiences.

“We carefully select them, they’re all hand-picked,” Benmbarek says.

The way users are driven to these travel experiences also differs for Wandure compared to their competitors. Trip Advisor promotes their travel experiences feature on their hotel and restaurant review page, where most of their foot traffic is. Airbnb promotes their experiences as recommendations when users are booking Airbnbs nearby. But Wandure takes a more social approach with the added travel buddy feature which he compares loosely to Tinder as people meet through Wandure to venture off together.

Because there are multiple features to the app, his business targets a few demographics which he has categorized into three separate entities. The first group are the experience seekers, usually between the ages of 18 to 35 who are looking to gain authentic experiences and are willing to pay for them. The next category are the experience providers between the ages of 18 to 65, these are the people who have a passion or experience that they are willing to share with others. Typically, it is a niche business where they can make some money out of providing their services. The last category are people looking for travel companions, these people are usually single men and women, 18 to 35 who are looking for some company during their adventures.

As the app is free to download, how is the company making money?

“There are no subscription or commencement fees or anything, we just take a service fee like a commission on every booking that happens, its an 18 per cent commission that we take every time a booking occurs,” says Benmbarek.

He says the company is in its scaling phase as they look to expand the app services to other countries. They had started out in Ottawa and received good feedback on the app, then they expanded into Barcelona. Next, they are looking to plant seeds in Madrid and Lisbon with no signs of slowing down.

“It’s a marketplace product, it’s only attractive when there’s tons of users on there and tons of content,” says Benmbarek.

Having launched the company with zero users, they now have about 5500 and have accumulated about 400 bookings. Benmbarek also estimates that there have been about 20000 message exchanges between travel buddy users through their app, all in its first six months of business. He estimates Wandure has a growth rate of 30 to 40 per cent per month.

In the beginning, the founders worked hard at winning grants and pitch competitions, including ones affiliated with the University of Ottawa, to help fund the startup. In fact, their first win was around this time last year with a competition at the UofO called Startup Garage where they won 17000 dollars. A month after that, another win.

“It’s so weird because money really does make money, that opened the door to other grant and funding opportunities where you have to match the money that they give you,” says Benmbarek. “And we did a few more pitch competitions with uOttawa, there was one that we won in January of this year. It was a huge win; the competition was called ‘Launching Entrepreneurs” and we won, I think, 45000 for that one.”

As hard work finally starts to pay off, Benmbarek is happy he gets to wake up and do something he enjoys every day as he and his team continue to provide unique travel experiences to users and bring together like-minded local travel buddies.