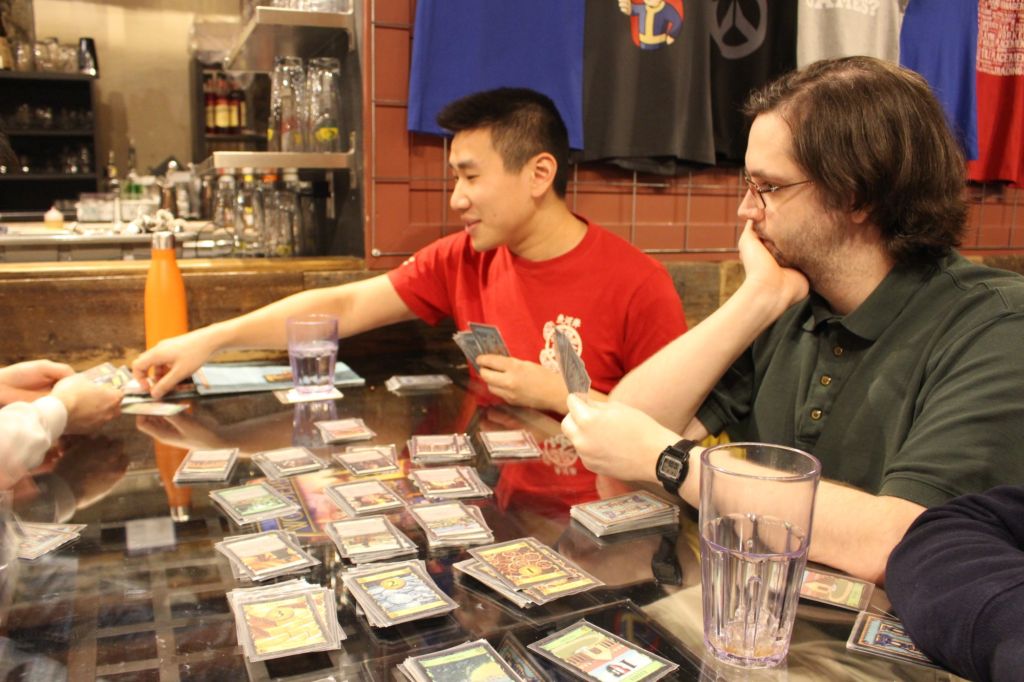 For a city of almost a million people, Ottawa isn’t always the easiest place to make friends. Aside from people in your program at school or colleagues at work, there isn’t much obvious opportunity to meet new people in an organic way. But in 2019, the world is more connected than ever and nowhere is that more apparent than the major social networking website Reddit.

Reddit is a place that’s divided up into communities called subreddits, each based on a particular subject. There’s a subreddit for everything from memes about SpongeBob, to legal advice. One of these subreddits is based around Ottawa and a group of members there have found a way to transition their online community into the real world.

Once a week, on Thursday evenings, the Ottawa subreddit hosts a meetup at The Loft, a board game lounge downtown. The meetup has been happening since November 2017 and draws between 15 to 30 people each week.

“I knew that I was going to be staying in Ottawa for the summer and this was the first summer I’d ever stayed in Ottawa because I usually go home,” says Teviah Pimlatt, a member of the group who’s been attending weekly since March. “All my friends were going home, so I said I have no friends here so I better start making some or I’m going to be by myself in my room the whole summer.”

For Pimlatt, what started as a group of people she sees once a week to play board games with has become a much bigger part of her life. The meetup has created lasting friendships that have extended beyond seeing each other just once a week.

“We’ll go to movies, we saw Glass last weekend,” says Pimlatt. “I did my birthday party with most of the people who come here. I actually met my boyfriend here too.”

For a lot of the regulars, their reasons for first checking out the event were alike, and what keeps them coming back is the same.

“I work security and a lot of times I work 12-hour shifts,” says Mohamud Yusuf, who’s been going to The Loft for a few months. “I’ll just be chilling on Reddit, watching Netflix, and one time I saw a [post] about it and I love playing board games so I checked it out.”

The event attracts people from all different walks of life and is more than just a place for students. If you show up and say you’re from Reddit, you’ll be welcomed with open arms. Your background or history doesn’t matter.

Vivek Udumula is one of the longer tenured members of the group, having been attending for over a year. He’s an uOttawa graduate with a degree in Bio-Chem, and laments that this opportunity wasn’t available when he was still in school.

“I would have loved to have something like this back then,” says Udumula. “Even the Loft is very recent. I was spending a lot of time downtown and this would have been perfect.”

When you ask any of the people who frequent the weekly meetup, they’ll tell you the same thing about why the event has become so popular and lasted as long as it has. The board games may be fun, but it’s the people who show up that make it such a hit.

“Everyone is really friendly,” says Kevin Wong, who has been coming to the meetup since its inception and has recently taken over the role of organizer, creating the weekly post on the Ottawa subreddit. “It’s a very safe environment and everyone is good people that come together.”

Whether board games are something you’ve done since you were a kid or you’ve never really tried, the message the group gives out is the same.

“Everyone here is looking to meet people,” says Pimlatt. “Even if you aren’t a big fan of board games this is a good opportunity to meet lots of people with similar interests.”

For anyone on the fence about attending or anxious about putting themselves out there, Wong has some advice.

“Join a table and just chat. That’s essentially what this is for, to make connections and just come and play board games.”