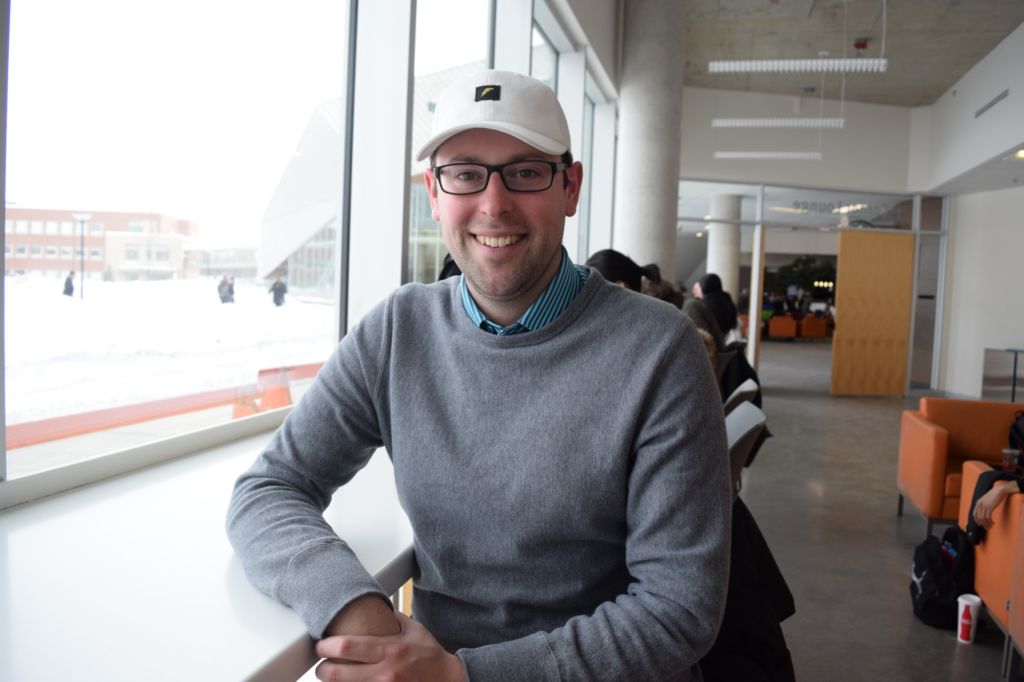 What started out as a quest to find himself, has now turned into a well-paying career for freelance journalist Adam Stanley. 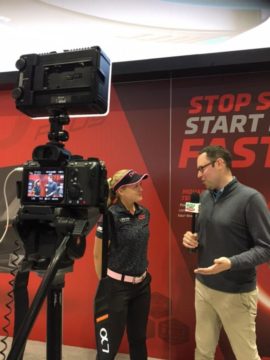 Stanley is a graduate of the journalism program at Carleton University and has managed to turn his passion for golf into a sustainable lifestyle.

Stanley’s quest to freelance started when his interest in his advertising job began to fail. At age 23, he decided to spend the summer of 2013 following his passion for golf and putting his journalism skills to work.

“It was a combination of being debt free and not having any motivation to work that prompted me to do my own thing,” says Stanley.

What started off as a few pitches to magazines such as Flagstick Golf, Square Golf and Fairway Golf snowballed into something so much more than he could have ever imagined.

By the fall of 2013, he was debating returning to a full-time job when he was approached by a golf course ownership group in the Ottawa area. They offered to pay him a monthly salary of $1,000 to write for them. This allowed him to have a steady income while continuing to write for other publications.

“Why would I get another job when I can do what I’m doing now and have a lot of fun and still work for myself,” says Stanley.

Stanley has since covered golf tournaments in places like Puerto Rico, Punta Cana, and Springfield, Missouri.

Stanley has written a few real estate stories for the Globe and Mail. When the real estate section expanded nationally, he was asked to be the main writer for the Ottawa branch, which he accepted.

“I’m happy to grind, I’m happy to do anything out there as long as someone pays me,” says Stanley.

Jeff Brooke, senior copy editor for the Globe, says being a young golf reporter is definitely on Stanley side.

“He has taken a natural liking to Twitter, Instagram, Facebook, blogging, that kind of stuff he naturally knows how to get his stuff out there digitally,” says Brooke.”Which puts him at an advantage over us older guys who are just trying to figure it out his story exist on multiple platforms not just in print where most of us golf writers grew up.”

Being a freelancer was a big learning curve for Stanley. “It took some trial by fire to realize I can be a journalist, but you’re not just that, you are also a business owner.”

But the reality of being a freelance writer is not always positive. Mental health can be a real problem and something not to be taken lightly.

“You take the acceptances and you make them the absolute best that you can and the rejections will kind of roll off your back. I took rejection really, really hard at the beginning.”

Having a great support system and believing in yourself is key, he says, to stay positive.

“When times are tough to have someone you can lean on from both a money standpoint, a physical standpoint and a mental standpoint has been incredibly invaluable.”

For Stanley that person is his wife, “she’s the one with the real job, she is my biggest supporter and she knows I’m doing something that nobody else has the balls to do.”

Putting a price on his work in order to continue doing what he loves to do is tough, he says.

“A lot of the places I write for, they had a rate when I started and unfortunately their rate is the same now,” he says. “When I first started I charged 50 cents a word now that it’s been five years I won’t do anything for a new client for less than $1 a word.”

“At first I just did whatever for whatever, now I know I’ve got the experience and the view for that and my time is worth money.” Says Stanley I know now I’m worth a hell of a lot more then when I started, I spend most of my day either writing or transcribing or on the phone or emailing so 75 per cent of my day is that and the other 25 per cent is business development.”

Stanley has most recently delved into a new side of freelancing called branded content.

News outlet of the day don’t have that much money,” says Stanley “But the brands do have money, and even in the five years that I’ve been doing this I’ve seen a shift in the news outlet. There will always be a place for the news outlet but they pay me the same in 2019 as they did in 2015. A brand is so keen for influencer content and content from their own creators.”

Doing what you love while running a business means you don’t feel the need to vacation as much.

“I would do what I do for free,” says Stanley ” I love what I do, who I talk to and the sport itself. I love that enough that if I had another job that would pay all my bills I would continue to do what I’m doing now for free.”

Stanley currently works on a few consistent projects with hopes of adding more as they come.

Every month he does a real estate story for the Globe and Mail, he covers the PGA and LPGA tour monthly for a variety of different publications, traveling to Puerto Rico in February and Punta Cana in March to cover tournaments and a couple later in the summer. 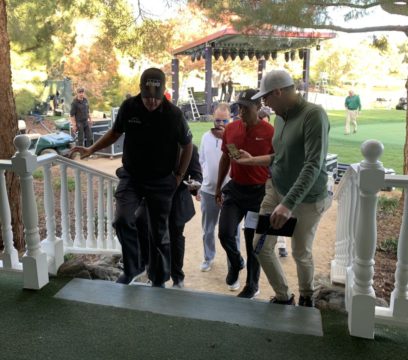 His dream job he says “I want to be the golf guy in Canada,” says Stanley