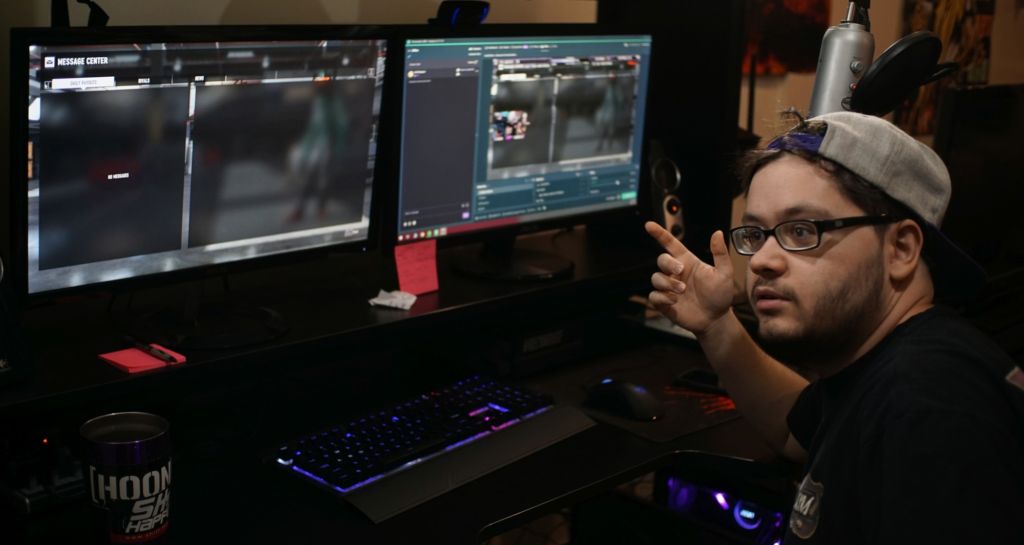 Last year, video game streamers made more headlines than ever before in Twitch.tv’s eight years of existence.

In the wake of Fortnite’s thermo-nuclear explosive growth, and the awe-inspiring financial success of a handful of streamers who clawed their way to the very top, “video game streamer” has officially become a dream job comparable to being an ice cream taster or Chris Evans.

It is indeed a tempting career path: you just play games with your friends all day and let the public rain free money and fervent adoration down on you, right? At least that’s how it appears from the outside.

If you have considered it yourself, you are not alone. Ottawa is home to a lot of aspiring streamers – many of whom are currently in school – and their experience adds a lot of important details to the picture.

“Trying to balance academic responsibilities and streaming can be very difficult,” says Algonquin general arts and science student Paolo Pinto, professionally known as Professor Pancakes. “Sometimes I will cancel a stream to work on an assignment or study.”

Unfortunately, this unpredictability can terminally stall your chances of Twitch success. Followers count on their favourites to be streaming regularly. 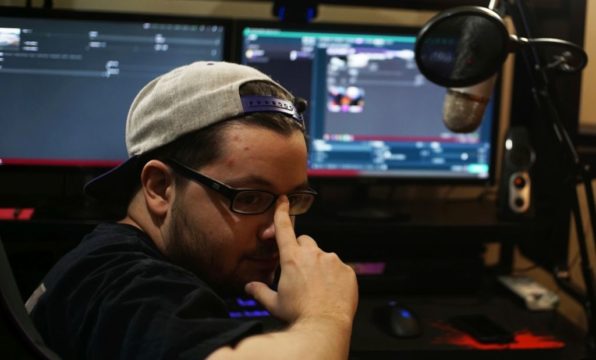 “I’m a part-time streamer,” says Keenan Kusan who streams under the name MrAeroHD. “I’m streaming between five and eight hours a day, four to five days a week.” It’s a lot more than he could afford to put out while he was studying journalism at Algonquin two years ago.

“I would basically have to just get on whenever I had time which wasn’t often. Not being consistent on Twitch really kills your growth, so I had a hard time getting my foot in the door when I was in college.”

The amount of work required to get your channel to grow can be “mentally and physically exhausting,” says Pinto. “From a glance, it doesn’t seem difficult at all, just playing games and joking around with other users online, but once you try doing it for three weeks straight, five hours a day, it can get draining.”

“An average day of streaming is very hectic,” says Andrew “RedHawkDude” Grose, who studies business at St. Lawrence College in Brockville. “Streaming isn’t just a hobby, it’s a job and you have to treat it as such. Set aside the time, make sure you’re on time and ready and dressed for work, and that you’re prepared to work for six to eight hours, which is a normal stream.”

There are quite a few adjustments and sacrifices that need to be made when embarking on this career path. Keeping your vocal chords primed for hours of banter and commentary requires keeping a supply of water and warm drinks handy. Most streamers also stress the importance of properly fueling up before hopping online.

“I try to stream for four hours minimum, so I make sure I won’t get hungry in the middle of a stream,” says Kusan. “Eating food on camera is a no-no, because someone will screenshot it and make it look like something is going into your mouth that isn’t.”

Then there are purely psychological obstacles to overcome. The early days of your eventual Twitch stardom could be lonely in more ways than one. “There would be times when there’s no one in the chat,” says Grose. “You have to learn to accept that not everyone loves what you’re showing.”

“It gets hard trying to explain to friends you can’t come out drinking because you have to play video games alone in your apartment,” says Kusan.

If you are brave enough to embark on the streaming journey despite this discouraging litany of facts, there is good news. Starting up shouldn’t be too hard, as long as you put in the effort to interact with people and make yourself visible.

“A lot of viewers search a specific game and tend to look for a streamer with less than 20 viewers where they can interact with the broadcaster,” says Canadore biotechnology grad Derek “Hidden” Fischer. “It’s not hard to get a small following. They key is putting school first and finding a day and time that you can consistently be live and posting on social media if you have a random stream. Even if I’m staying consistently on schedule, I still post on social media when I’m going live because it definitely helps.”

School can also have its benefits. Carleton cognitive science student Elijah “Tempystral” Doern says that his own career was really helped by his participation in events organized by Carleton Tespa.

“Not every Canadian school has the community or funding to do something at the scale we do,” he says, “but it’s worth noting that students have an amazing level of access to other like-minded people right in their school communities.”