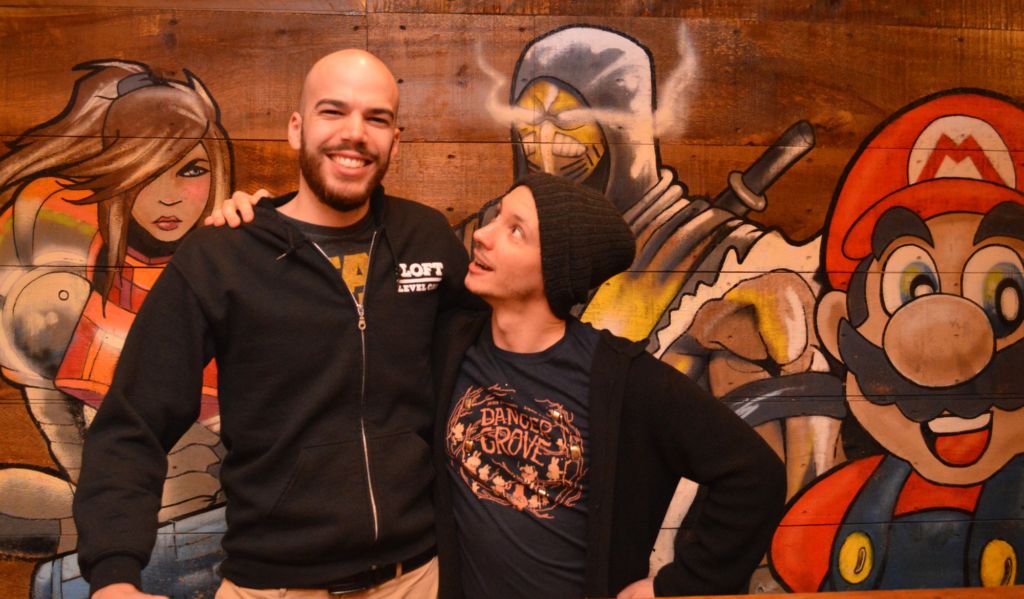 When the Level One Game Pub opened its doors in 2016 it wasn’t quite the instant hit co-owner Alessandro Argentina expected it to be. He and co-owner Mike Hopkins had some very strong competition in the same building, namely The Loft Board Game Lounge, a popular spot with a considerable base of loyal regulars. Ironically, The Loft is Argentina and Hopkins’ other restaurant, which they opened in 2014.

“We were surprised to find in the first week or so that no-one was going to Level One,” Argentina says. “Customers [coming in] would look at us and go, ‘No, no. I am here for The Loft.’ Unfortunately our shirts only said Level One at the time, so I think a lot of people thought we were a competing business.”

That “funny hurdle,” as Argentina calls it, is in the past. Level One has carved its own niche in the Ottawa restaurant scene. The bar, which is located on 14 Waller St. in Centretown, hosts themed events every day of the week and is consistently busy, even on Mondays when the place is usually packed for their geek trivia night.

These events have proven very popular with Ottawa patrons. The ideas for many of them – such as the regular LGBT game-night Rainbow Road event – came from the staff. Argentina emphasizes empowering his employees and involving them in the running of the two restaurants as part of his basic business philosophy: putting people first.

“It starts with the staff and it goes on to the customers,” he says. “We keep [our staff] engaged, we rely heavily on them for ideas.” Argentina stresses that new ideas for the restaurants get discussed and workshopped between everyone on staff and management as a team.

“[Hopkins] and I always say that we are not in a position where we know everything. A lot of our best ideas weren’t ours, they were from our staff. And our staff [takes] pride in the idea that they get to shape the place where they work,” says Argentina.

Getting your employees to have this type of dedication and connection to the business is essential not only to maintain a healthy operation, but also to have it grow, which Argentina says is always on their mind.

“Our current [goal] as a business is scaling up and systemizing,” he says. “Basically it’s making sure that the system runs well, has redundancies, and that if something goes wrong the employees are empowered to solve the problem.”

In 2016 when they opened Level One, the shared staff of the two establishments more than doubled: from a lean 15 – 12 of which were original hires from The Loft’s opening days – to a team of 35. A smooth transition and integration of new members was a priority.

“When it was a small group, as owners you take care of the small problems. Once you scale up you want to start empowering and promoting so that you have a self-sufficient business that doesn’t require someone calling the owner at 2 a.m. because someone doesn’t remember the PlayStation 4 password,” Argentina jokes.

Getting this system perfected would be especially important if he and Hopkins decided to open more locations. While they don’t have any concrete plans to do so as of now, Argentina says the idea is “certainly not in the realm of impossibility,” and when that day comes he wants to ensure that all of his businesses can operate smoothly and independently.

“Before we look at the idea of expanding… we really want to make sure that what we have is perfect. Making [again] what we have now is easy. The hardest part is making it perfect first,” he says.