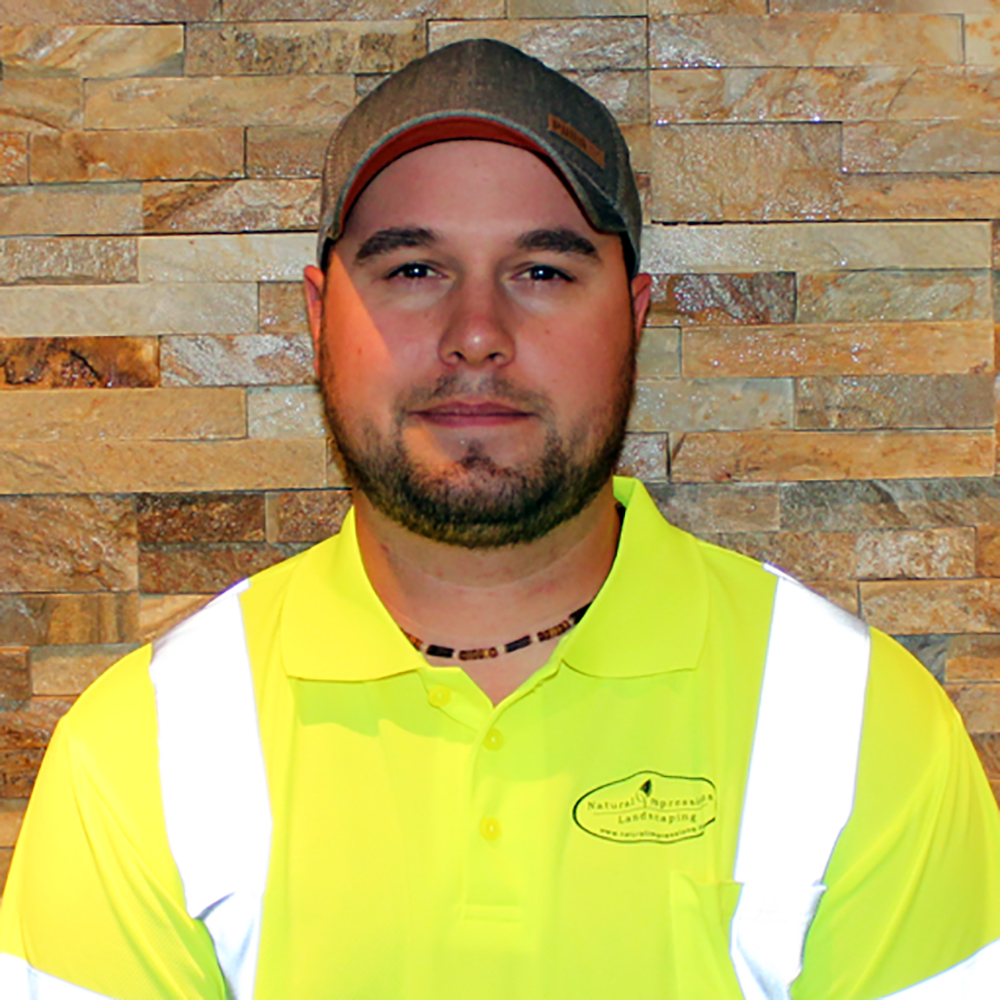 What started as a childhood passion eventually bloomed into the small but successful landscaping firm, Natural Impressions.

The company was founded in 2009 by Andrew Burgess, 35, who is a graduate of the horticulture technician program at Algonquin College.

Burgess first got interested in horticulture when growing up in Renfrew, Ontario, where he lent a hand in his grandparents garden from a young age.

“I spent a lot of time helping my grandparents, in particular my grandfather, helping him plant vegetables in the garden and doing some yard work for him and such,” Burgess says.

“Growing up, being out in the country and enjoying the fresh air, I saw this as a practical career,” Burgess continues. “I watched a few of my friends take programs and either flunking out or not doing anything when they graduated, so I had to sit back and see that and think hard about what makes the most sense for me. I like being outside and I like working with my hands, so that’s why I chose this path.”

After graduating, he spent a few years working for a few landscaping firms.

“I was doing landscaping and snow removal for a couple other companies to learn the ropes for a few years after college, and then I decided to branch off on my own when I had enough confidence and experience,” Burgess says.

He went on to say what inspired him to build his own landscaping firm.

“There’s really many reasons why I decided to branch off on my own,” Burgess says. “I liked the freedom of being able to set my own schedule and all the things that come with being your own boss. Then there’s obviously the financial gain too. But yeah, those are the big reasons for wanting to be an entrepreneur.”

Natural Impressions specializes in the design, installation and maintenance of various landscapes.

Burgess says that the one thing that sets Natural Impressions apart from other companies in Ottawa is its horticultural practices.

“The vast majority of the landscaping companies might do a little gardening here and there, but hardly any of them want to plant. Horticulturalists are a dying breed, so that really sets us apart. The fact that I hire horticulturalists as often as I can, and I’m certified from Algonquin, and most people don’t have that credibility.”

Joey Briscoe, a former employee of Natural Impressions, has known Burgess since childhood, and enjoyed his time working for him.

“He was a really good boss,” Briscoe says. “We had a mutual respect for each other, and if I had to take some time to do something or if I had an appointment, he would give me the time off. We had good chemistry and we had a lot of fun.”

Briscoe describes what types of jobs he would do when employed with the firm.

“It really depended on what the clients needed,” Briscoe says. “Basically it could have been amending soil, doing cutbacks on plants, replenishing people’s lawns naturally, stuff like that.”

Briscoe’s favourite aspect of working at the firm was the hands-on work and the fresh air.

“I came from a background where a lot of people relied on me,” Briscoe says. “This way I could go to work and be outside, instead of being stuck to a computer all day, being stuck sitting in a chair and getting only artificial light. I really enjoyed being out in the open and getting lots of sun.”

Since Natural Impressions is a landscaping company, most of their work is done during the spring to fall months, and they have downtime during the winter. That does not stop Burgess from working hard.

“For myself, in the winter it’s almost all administration, advertising, marketing, stuff like that,” he says. “I’ll also be prepping my taxes for my account, job costing, maybe doing some coding.”

Burgess shows how the company has grown in the last decade.

“I prefer to keep things small and tight, so we haven’t actually grown in terms of people and numbers. However, we are still growing equipment, and are very well equipped for a small company,” Burgess says. “Overall, in terms of the equipment and the scale of the jobs, we’ve kind of ventured more into the garden world, and are strictly focusing on horticultural practices at this point.

“In terms of the future, I just want to keep growing in terms of education and certification, keeping everything consistent, and that is what we strive to work towards,” he says.