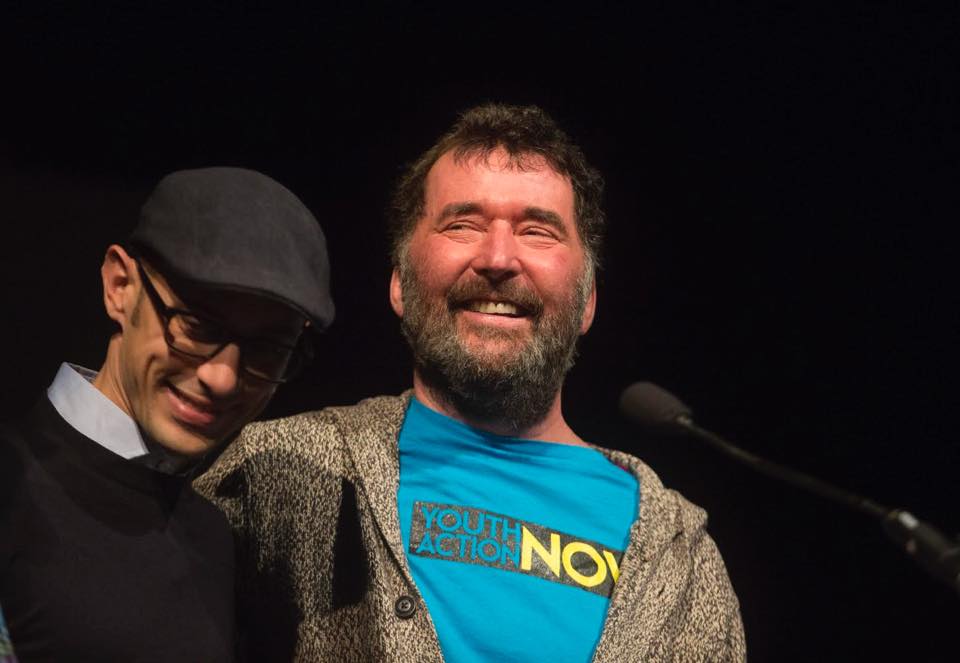 After a year-long battle with terminal brain cancer, former Ottawa Centre MP Paul Dewar has died at the age of 56. Equal parts politician, teacher and activist, he dedicated his final months towards inspiring young people in Ottawa and throughout Canada.

“The best natural resource our country has – or the world has – that hasn’t been harnessed … is the unleashed power of young people, and the idealism they have,” said Dewar in a video for Youth Action Now (YAN), a grassroots non-profit organization that he started to harness the power of young people.

Dewar was inspired to create the organization shortly after the Marjory Stoneman Douglas High School shooting in Parkland, Florida. As Dewar had spent much of his political career advocating for measures that would prevent such tragedies from happening, he was filled with despair by another school shooting. As the students of Parkland raised their voices against the violence that they had experienced, however, Dewar realized that there was something he could to help the youths of the world.

“(The students) raised their voices and started to scream and shout about how wrong this was,” says Holly Price, YAN’s communication coordinator. “And (Paul) thought, ‘what would happen if we had an organization that would help kids?’ You know, get them access to training, resources and help them amplify their voices in the way that the Parkland shooting survivors were able to.”

Under Dewar’s leadership, YAN launched in June of 2018 and has since built up a “volunteer army” of more than 60 people. Over half of the volunteers are current students at post-secondary schools, primarily from Carleton University and the University of Ottawa.

“Paul was really dedicated to empowering young people and we want to continue that legacy with Youth Action Now,” says Price, who is a graduate student in communications at Carleton. “We’ve hosted a community check-in which brought together all of the different youth-focused organizations in the city to have a conversation about how we can help each other. We’ve had workshops for young people and students and connected them with mentors who ran the workshops.”

Dewar himself was educated in Ottawa, graduating from Carleton in 1985 with a BA in political science and economics. His first foray into politics came when he worked as an assistant to NDP MPP Evelyn Gigantes throughout the early ‘90s, leaving after five years to become a public school teacher. He taught at several public schools throughout Ottawa during which time he began serving the Ottawa-Carleton Elementary Teachers’ Federation (OCETF). He was first elected to federal office in 2006 as the MP for Ottawa Centre, a position he held until 2015.

“He was a friend to students, he took their concerns seriously,” says Kitchissippi ward councillor Jeff Leiper. “He was inspirational to the youth. The youth were inspired by him to take action on issues of social justice. He would always be there to support students when they were fighting the good fight.”

Leiper worked with Dewar frequently during his time in office, as their electoral districts of Kitchissippi and Ottawa Centre physically overlapped.

Dewar is survived by his wife, Julia, and their two sons, Nathaniel and Jordan.

“He was a remarkable person – not just a remarkable politician,” says Leiper. “He approached his job with incredible humility and a sense of service and duty. He approached the job without any ego. There were any number of issues in our city that he felt we needed to address.”