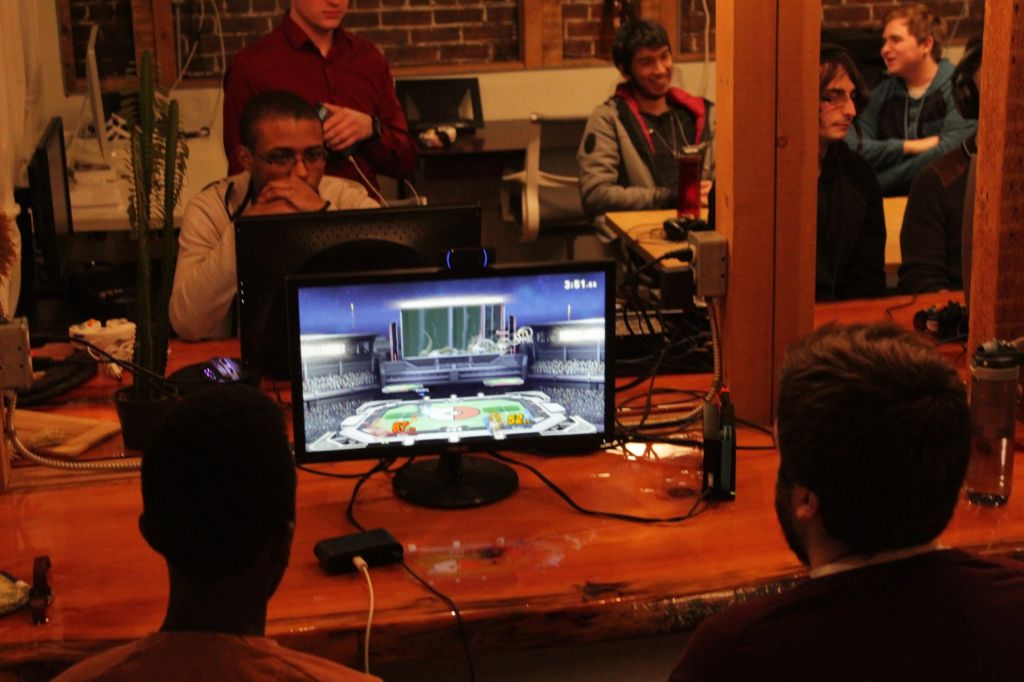 Every week, in a small rented office space in the ByWard market, a cadre of gamers gather to compete for cash and glory. For nearly two years now Ottawa Smash has been holding tournaments around Ottawa to determine Super Smash Bros. supremacy.

The first rule of Ottawa Smash: bring your own controller.

The tournaments, or “Weeklies” as they are referred to, are double elimination with a $10 dollar buy-in, $5 for the venue and $5 for the pot. With a 32 person bracket winners can walk away with nearly $100.

“When we started we would average around 15-30 people a week,” says Seyar Azim, one of the Ottawa Smash tournament organizers. “Now we have nearly 50 people some weeks. It’s getting massive.”

At this point, Ottawa Smash has hosted 107 weekly tournaments but they aren’t simply self-contained spectacles. Ottawa Smash streams the tournaments on Twitch and like any good sports broadcast. There are even colour commentators calling each match. 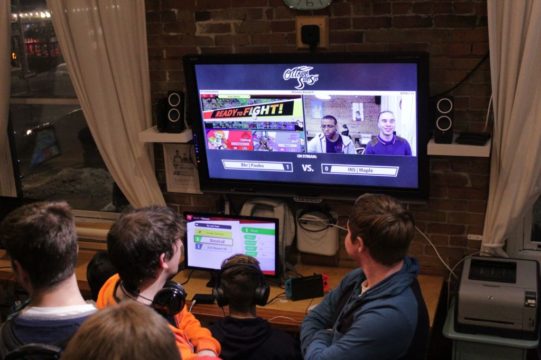 The most recent tournament-victor is Maxime Charron, a 21-year-old Gatineau resident, who competes under the gamer tag “Deathorse” and overcame a two-set deficit in the Winners Final on Feb 5. His opponent, Scott Threader or “Aerious,” a 23-year-old graduate of Niagara College, took an early lead in the match-up, using Mario to quickly defeat Charron playing as Ridley and Lucina. The tournament finals consist of a “best of five” sets match with each set awarded to the first fighter to knock their opponent off the stage three times.

Most competitors have a character they perform the strongest character usually referred to as a “main.” For Threader that character is Mario.

“I’ve used Mario since day 1 in smash for the Wii U,” Threader explains. “I felt he had options for every situation and it made every matchup seem winnable. Mario also counters projectile users and in Smash Ultimate projectiles are very strong in my opinion.”

It looked like Threader was going to seal the deal early, but Charron has his own favourite character as well: Wario.

“[Wario’s] playstyle fits me very well,” says Charron. “His emphasis on a big punish game and great edge-guard game are some of my best aspects as a player.”

Charron surged back tieing the match at two sets apiece and taking Threader down to his last stock. It was still anyone’s set to take as Charron had endured a significant amount of damage with his second stock and if Threader could knock him out early there would still be a chance to stop Charron’s comeback in its tracks.

Unfortunately, just like in flesh and blood combat sports, a combatants weight can be a deciding factor and Wario is a bonafide heavyweight.

Charron held on, slowly chipping away at Threaders damage counter until finally breaking Mario’s defences and shattering his shield. Once that had happened Threader hit the pause button, Ottawa Smash’s version of throwing in the towel, denying Charron the satisfaction of the final knock-out.

If once a week isn’t enough to quench your thirst for Smash Bros. combat there are also tournaments at the Blurry Pixel on Mondays, and Flow State holds tournaments on Wednesdays at Click eSports gaming centre.