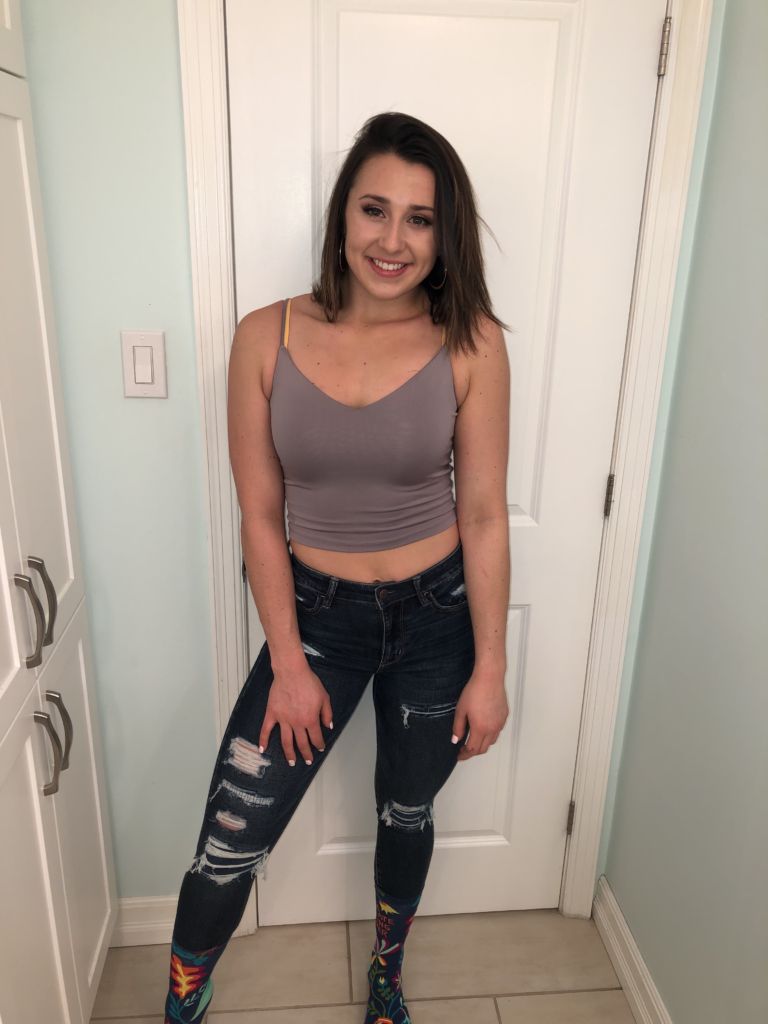 A month after Olivia Backman began to recover from an eating disorder, she created a blog to share her struggles openly. The blog, called Livs Healthy Smile, has posts about anxiety, body image and self acceptance.

Growing up, Backman always considered herself a bigger kid, and always compared herself to her friends. At the beginning of grade nine, the former West Carleton Secondary School student started to watch what she was eating and started to exercise.

Backman was asked to run in the school’s track and field team, and that’s when the weight really started to burn off.

“I think I just took it way to far,” the now 18-year-old says. “It really fuelled into something where I started to see my body change. I started going from the bigger girl to the girl who was fitting in with everybody else. I loved that feeling.”

That’s when the problems started.

The then-16-year-old was admitted to CHEO in August 2016 with a low heart rate and low iron. “I had a hemoglobin level of 50 and the level was supposed to be at 120,” Backman says. “I had to have a blood transfusion.”

Her medical troubles didn’t stop there. “As [the transfusion] was happening I fainted and I was rushed into the rehabilitation centre,” she says. “I woke up to two nurses with paddles over my chest. I was put up to the medical ward in CHEO and five days later I was discharged.”

The recovery process was long. One evening while sitting in a hospital lounge with her mom eating her last meal of the day, Backman was feeling especially discouraged. “I didn’t want to live anymore,” Backman says. “When I looked her in the eye and I told her that, she instantly burst out into tears. She looked at me and she said ‘if you don’t live anymore, then I don’t want to live anymore.'”

It was at that moment that Backman realized that her life mattered. “I kind of thought, ‘well maybe I do belong on the earth. Maybe I’m more than a body.’”

Backman was only released from the eating disorder clinic at CHEO nine days before Christmas 2016.

According to the Ontario Community Outreach Program for Eating Disorders, an estimated 725,800 and 1,088,700 Canadians will meet the diagnostic criteria for an eating disorder.

Shanika Abraham, manager of the Eating Disorders program at CHEO doesn’t have an exact reason as to why they have seen a “slight increase” in eating disorders, but says many factors play a role in the complex illness.

“Often the reasons why they develop are so complex from surroundings, from genetic factors and family stuff so I think it’s really hard to pin point what the one thing is that’s causing it,” Abraham says.

Abraham runs the eating disorder program that Backman was a part of — the program she credits for saving her life.

People seeking help in the inpatient program could stay at CHEO for two to three months, but that also depends on the severity of the case. While they are there they receive three meals and three snacks a day — and attend school and therapeutic groups where they talk about their struggles.

“Generally speaking there is a lot of discussion about things like body image, images that we often see in social media or other venues that can be challenging,” Abraham says. “It’s how patients cope with those things outside of the hospital when they are back in there community.”

It is that service that Backman says helped her the most, and was what inspired her to start the blog.

“I was very open about it in the hospital,” she says. “With all of the other eating disorder patients we would have groups where we talk about body image. It was basically like class. It was just like a safe place. I was always talking. I’ve always been a bit of a chatty person, so to me it just felt natural to talk about it.”

Now over two years later Backman says she is on the right path to recovery, and thankfully has little long term effects from the illness that almost killed her. Anyone who wants to read Backman’s blog can visit https://livsrecoveringsmile.wordpress.com/