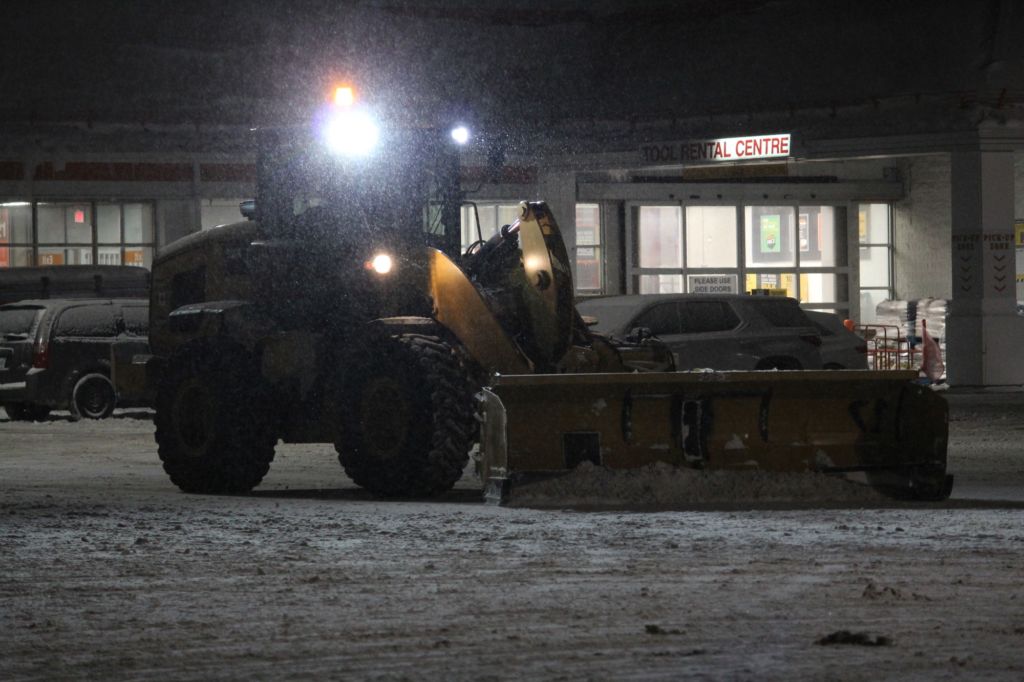 Snow removal has been a major concern for the City of Ottawa this week, following the winter storm that swept through the area on Jan. 23 and a series of others in the preceding weeks.

The winter storm warning, issued by Environment Canada for the Ottawa area, urged citizens to, “prepare for quickly changing and deteriorating travel conditions,” and for them to, “consider postponing non-essential travel until conditions approve.”

Roughly 25 centimetres of snow blanketed the city, with freezing rain expected to follow later in the evening.

Plows struggled to keep up with the accumulating snow as 21.8 centimetres had previously fallen on Jan. 20, which had not been completely cleared.

“The challenging part is, when it just continues, it wears you down and it just starts to add up and you don’t have any time to do the finishing touches of the cleanup in between storms,” says Coun. Stephen Blais to the Ottawa Citizen.

An overnight parking ban was issued by the city between 1 a.m. and 7 a.m to help snow removal workers clear the roads faster. This prohibited all residents from parking on the streets without a permit and gave the snow removal crews more room to work.

OC Transpo busses were heavily affected by this snow buildup causing major delays, cancelled busses, more traffic at mainline stations and busses getting stuck in the snow. Many busses had trouble accelerating through the building slush on the roads, especially in high-traffic areas.

“There’s a lot more you have to watch out for,” says Cameron Mantle, a 20-year-old part-time snow removal worker. “People, traffic…without distractions, you can focus on the task at hand of clearing the snow. With the amount of snow that fell, I would doubt that they would have cleared it away quickly.”

The Jan. 23 storm was just the icing on the cake when it came to extreme weather for the Ottawa area this week.

It arrived following the extreme cold on Jan. 20, where Ottawa was declared the coldest capital on earth at -36 degrees with the wind-chill.

“It was so cold, I didn’t want to leave my room,” says Brooke Jackson, 18, a health science student at the University of Ottawa. “It really sucked having to go out there when I had class.”