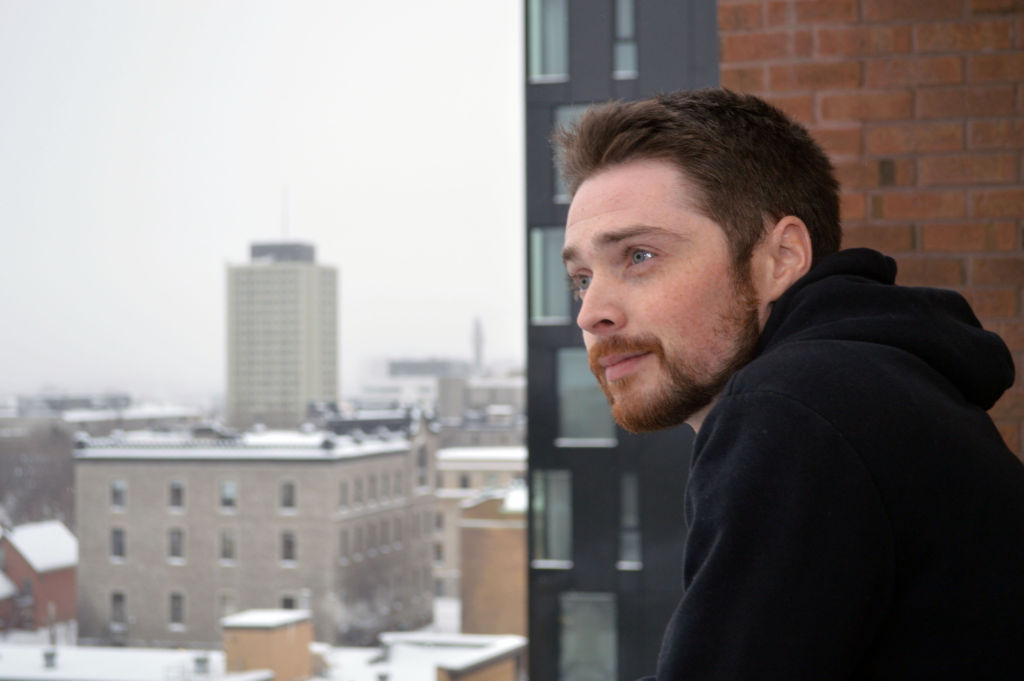 In an era when sites like YouTube, Facebook and Twitter offer the ability to live stream, anyone with a cell phone and a data connection can attend a concert and make it readily available to anyone who wants to watch it.

That makes it difficult for up-and-coming local bands to break into the scene and, for Adam Moore, co-founder of Head for West Records, that was one of the reasons he got into the industry.

“When I was in school for radio, I saw just a need for something to be done in the local scene here,” says Moore. “Things were kind of being done but I just wanted to help out.”

While the internet has changed the way music is consumed, Moore admits that some sites like Spotify can really help artists get their name out there.

“I see Spotify as just another marketing tool,” he says. “We can see the stats for all of our songs and where people are listening to them. That really helps when booking a tour. That is where the real money is made anyways, through bookings, physical media and merch sales.”

Although Moore has been an avid music fan for most of his life, radio actually wasn’t his first choice.

“It wasn’t like I always wanted to be on the radio,” he says. “I just decided to go to radio school and ended up making it my career.”

Moore and his labelmate, Matt Francis, founded the company in 2017 and, although it is still in its early stages, Moore says that Head for West is exactly where they want it to be at this juncture and that is reflected in their business model.

“We’re really locally focused and our philosophy is basically, we’re focused on the band’s reach and their impact within their hometown and how that reaches in Ontario,” says Moore. “We haven’t really tackled the west coast and stuff right now but we’re really trying to build bands up in Ontario and our business model is to focus on that and organically grow the label.”

Francis, who is the lead singer of Weird With Cats and has a solo project called Matt Vagrant, says that he came up with the idea for the label after seeing other bands getting signed but not having the connections, or the patience, to make it happen for himself.

“The whole label thing kind of came out of me being a little bit tired of waiting for other people to do the work for me,” says Francis. “I don’t have those contacts or I’m not good enough or whatever the thought was at the time so I said ‘you know I could do this for me and my friends and give us a bit more of a platform to put our music out on and to try to play some shows under this banner of group of musicians who work together as a collective.’”

Despite being less than two years old, the label currently has 10 releases under their belt with more on the horizon.

In terms of revenue, Moore says the label is breaking even at this point, but that’s mainly by design.

“We’re just trying to build the brand,” Moore says. “We’re not really interested in spending money trying to build our brand when we can do it by having our artists play shows in town and have them play around Ontario and just attaching our name to good events that we put on.”

Francis agrees with his business partner and feels like the most important thing at this stage is giving the bands they currently have on the label an opportunity for exposure.

“A big part of that is putting the money back into the bands and giving them the opportunity to make some money so they can record music,” says Francis. “Any money that could possibly be mine I always just tell Adam to put it towards the next show or compilation album or getting something printed if we need it printed.”

The positive thing for Head for West is that the local music scene is something of a big family, as musicians do their best to help each other out. The government also provides funding through programs like the Ontario Arts Council. Because of that, Moore doesn’t feel a lot of pressure from anyone who could be considered competitors.

“Not to say we’re doing anything profound,” Moore says with a laugh. “Just different. The competitive part of it is kind of gone out the window, it’s more of a ‘we’re all in it together’ kind of thing and everyone is building each other up and that’s kind of the goal. I don’t see any other way for the scene to grow if that doesn’t happen. Local artists need to work together.”

One of the things the duo mentioned that makes them different is a monthly showcase they put on at LIVE! on Elgin. The all-ages venue shares a similar vision to Moore in that they believe there was something lacking in the local arts scene.

“A lot of venues won’t take a chance on newer acts because we have no gauge as to what their draw will be like,” said Jon Evenchick, owner and manager of LIVE! on Elgin in an email. “With showcases like these we give bands an opportunity to perform in a professional venue to show us what they can do. They get to meet other like-minded musicians and feed off of each other’s audience base.”

According to their website, LIVE! on Elgin is “a place to focus on and promote local talent, where local artists can hone their craft and earn a few bucks without having to leave town.”

In addition to the monthly showcase, Head for West puts out compilation albums featuring some of their artists to help promote both the bands and the label.

Evenchick says that the partnership between his venue and the label is mutually beneficial and provides an opportunity for artists to get their name out there without having to be chased down and promoted.

“Head for West fills a night on our calendar with great talent and in exchange LIVE! provides a space for it,” he says. “When promoters and venues work together on shows in brings the costs down for everyone. It also increases the enjoyment for me because I don’t have to chase them down constantly to promote their events like I have to do with some other presenters.”

For the future, the pair has a vision that would see them work with more bands and create more opportunities for those bands.

Francis agreed and said he has the utmost faith in his labelmate to grow their name.

“Adam is so big into booking tours, he’s so good at booking shows and getting the right people on the right shows,” says Francis. “That’s his strength and I would love to be able to see him book bigger shows and bigger tours.”

Although the label has faced its fair share of adversity, Moore says he has no regrets and reiterated his belief that the company is right where they should be.

“I don’t think I’d change anything, really,” he says. “We are exactly where we want to be with the label two years in and I get to run things at my own pace.”