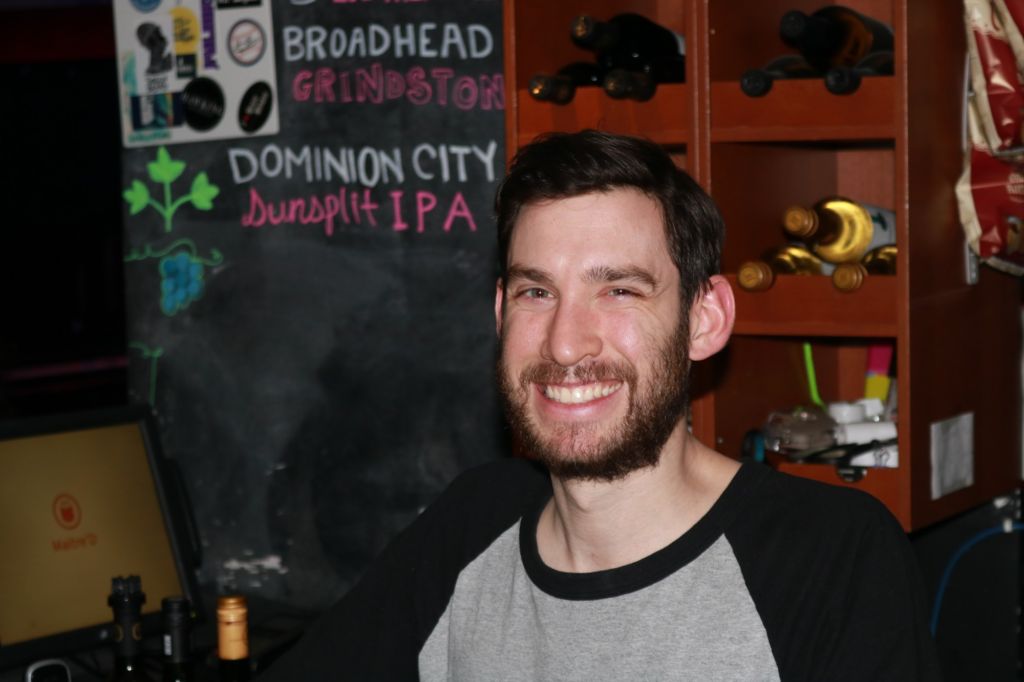 In a city with so many live entertainment options, Jon Evenchick felt there was an opportunity to create something different.

Ottawa’s arts and entertainment scene is one that continues to grow and thrive, meaning there is plenty of demand for venues to host a variety of shows. That’s why, in 2015, Evenchick chose to pursue a passion and open LIVE! on Elgin in the heart of the nation’s capital, giving local talent and the public one more reason to get out and enjoy a show.

“I think we’re unique. When we started it, we knew there were a lot of venues, but there’s definitely a gap in the industry as far as small, intimate spaces that are a listening room, providing a space for musicians but also other types of performances,” says Evenchick. “So, we can act as a black box theatre, but also an improv stage, a comedy stage. Also, we have, not to brag, but some of the best music sound in the city. The room sounds great, no matter who is mixing on our staff.”

A former student in Algonquin’s small business management and entrepreneurship program, Evenchick opened the venue almost exactly one year after graduating, which he claims is outside of the norm for an entrepreneur.

Starting a business can be a risky venture, which is why he chose to team up with his father, Lawrence Evenchick, to open a venue that could offer a bit of everything for fans of the arts, giving them the chance to take in live music, theatre, burlesque and a number of other types of entertainment.

“Originally, I actually did want to open a concert hall. That was my dream to start, but it just didn’t make sense,” says Evenchick. “We didn’t have the capital for it, there really wasn’t a space in the city that could house a venue of that size. I was hoping 800 to 1,500 (seats) would be perfect for what I would like to manage.”

While Evenchick was more musically inclined, his father’s background was in theatre. Given the lack of reasonably priced venues for smaller theatre companies, the two decided to combine their passions into a single project.

“It was kind of a confluence of opinions, if you want to put it that way,” says Lawrence Evenchick. “I had been, over the course of a couple of years, talking with friends about live theatre venues in the city. A lot of people feel that there aren’t enough small theatre venues that are affordable for small, emerging theatre companies.

“That was the start of it and, at the same time, Jon was looking at ideas about music venues as well, and doing his research into what sort of music venues were needed in the city. He originally wanted to do something bigger, but through his research and polling found that people were looking for a smaller, more intimate venue.”

The journey has been a success for the father-son duo, with LIVE! on Elgin emerging as a popular spot in downtown Ottawa. Growth for any business can be a challenge, but it’s one that they are eager to continue pursuing.

“Our big challenge this year is to get the name out to the general public. That’s the biggest challenge, getting the name out there. Advertising is very expensive and very tricky,” says Lawrence Evenchick. “There’s so much out there on the internet and, quite frankly, we’re fighting stuff like Netflix and everything that’s on TV. So, getting people up and out to support local arts can be very, very challenging.”

Going into business with his father was a no-brainer for Jon Evenchick. Both have a love for the arts, and had a vision for bringing it to more people than before. It’s been a fruitful partnership, with the future looking bright.

“The only reason we were able to do it is I got a lot of help from my dad. He put a lot of capital down with the bank to convince them to give us a loan, he put a lot of collateral down,” says Jon Evenchick. “If you don’t have family that’s willing to support you, it’s not possible to start that, that soon, if ever. You need support from your family and friends to do this kind of thing.”

Ultimately, LIVE! on Elgin’s success can be chalked up to the pair’s passion for live entertainment. There’s an old adage that if you do what you love, you’ll never work a day in your life. Jon and Lawrence certainly seem to share that sentiment.