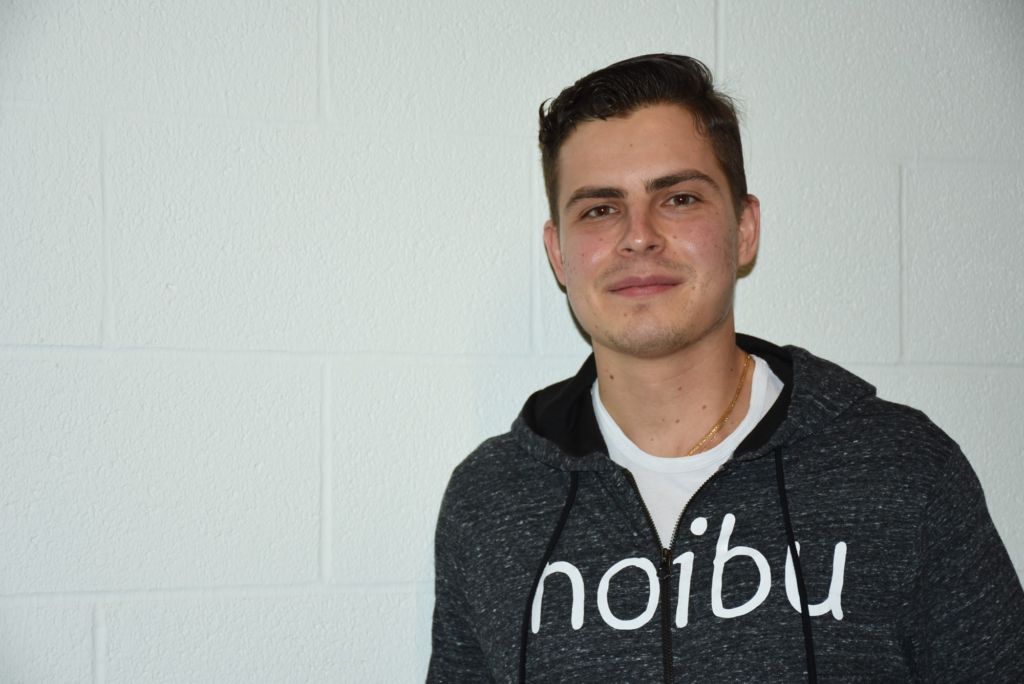 Robert Boukine and the Noibu team can be found most nights at the University of Ottawa’s new STEM building, working on their product.

Boukine and his co-founder Kalin Noivo, both Ottawa University alumni, originally launched their platform, Noibu, as a virtual reality real state platform for foreign buyers in March of 2017.

“Early days Kailin and I had savings; we bootstrapped and reinvested all our money into the company,” says Boukine. “We bought expensive hardware and traveled all on our own dime. Then when we started to get a little traction, we got access to various grants and government funding, which is accessible to entrepreneurs when they start to show their idea is getting some traction. Since then we’ve gotten angel financing as well.”

After exploring different markets, Boukine soon realized that retail was a viable industry to focus their platform on.

“The company started in March of 2017 and we pivoted to retail in January of 2018,” says Boukine. “Since then, with the retail product, as of last April we have nine paying retail customers. We are currently in talks with some multinational retailers right now. In 2018 we saw big growth and in 2019 we can expect even better.”

Noibu is a platform that helps retailers merge the convenience of e-commerce with the customer experience of shopping in a brick and mortar store with the help of virtual reality. Boukine understands the disruption e-commerce has caused to the retail industry, but sees an opportunity to preserve those authentic customer experiences that are found in physical storefronts.

“Amazon is dominating e-commerce sales in the United States: they have about 50 per cent of e-commerce market share and five per cent total retail spend,” says Boukine. “So they have quite a foothold on retail as a whole and they’re not stopping anytime soon. But one of the advantages retailers have is their customer experience and specifically their brick and mortar stores. The beauty of the hybrid retail model is you are creating beautiful immersive in-store experiences and then you can go on our platform and recreate that experience online.”

When asked what drove him to become an entrepreneur and start Noibu, Boukine attributes his desire to own his own business to his family’s values and upbringing.

“I knew at a very young age that I wanted to be an entrepreneur and own my company and make a large impact,” says Boukine. “We have ambitious goals for Noibu and this all stems from my parents who immigrated when I was very young and I remember that. It was struggle for them and they did not know English and I saw them make a life here in Canada. They always instilled good values: work, education and anything is possible if you put your mind to it. From a young age I have wanted to make them proud.”

Boukine and his co-founders are not short on passion for their product. However a lack of passion is never the main problem for most start-ups. A failed venture can often come when founders don’t pinpoint the market for their product.

“Understand that maybe you want to streamline a process, but that process is already optimized and may not need to be streamlined,” explains Boukine. “Maybe there is not a significant enough friction or pain point to warrant building that product in the first place.”

Noibu is not the only virtual reality e-commerce platform out there, however Boukine is confident that their company has features which sets them a part.

“We do have other competitors in the U.S.,” says Boukine. “But none of them have the data analysis component which allows us to report on customer trends.”

When asked whether Ottawa is a good city to start your own business, Boukine agrees that there are a lot of opportunities to be found in Ottawa once your product shows potential.

“There is a lot of support that can be found in Ottawa,” explains Boukine. “We were actually working out of Kanata for almost half of 2018; we were part of the L-Spark Accelerator program, which is a SAS (Software as a Service) program that helps early stage companies grow. It provided great mentorship on how to raise capital and how to effectively build operations and really acts as an advisor for early stage companies.”

Boukine’s fellow co-founder and head of development Filip Slatinac agrees however thinks there is room for some improvements to the speed in which Ottawa tech moves.

“Ottawa is definitely a good place for resources,” says Slatinac, the fourth-year Ottawa U computer engineering student. “However I do think it can be slow, Ottawa is a government town and very bureaucratic, so sometimes it can be slower compared to say a city like Toronto.”

That being said those resources have served Noibu well, including an Ottawa U program that the company participated in this past summer called “Start-up Garage.”

“We participated in Start-up Garage,” says Boukine. “This allowed us to move out of the Kanata office and move here to the e-hub of the Stem building. Companies who participated or who are alumni get subsidized offices. Overall Ottawa is excellent, not to mention companies like Shopify, which is expanding everywhere and acts as a great source of inspiration.”

That inspiration has encouraged Boukine and his co-founders to confidently express high ambitions for their company.

“We want to change the way users operate online,” says Slatinac. “Our goal is to be the main experiential e-commerce platform.”

Noibu is still in its early stages, but the company may just be the creative answer for most retailers on how to build their e-commerce presence.