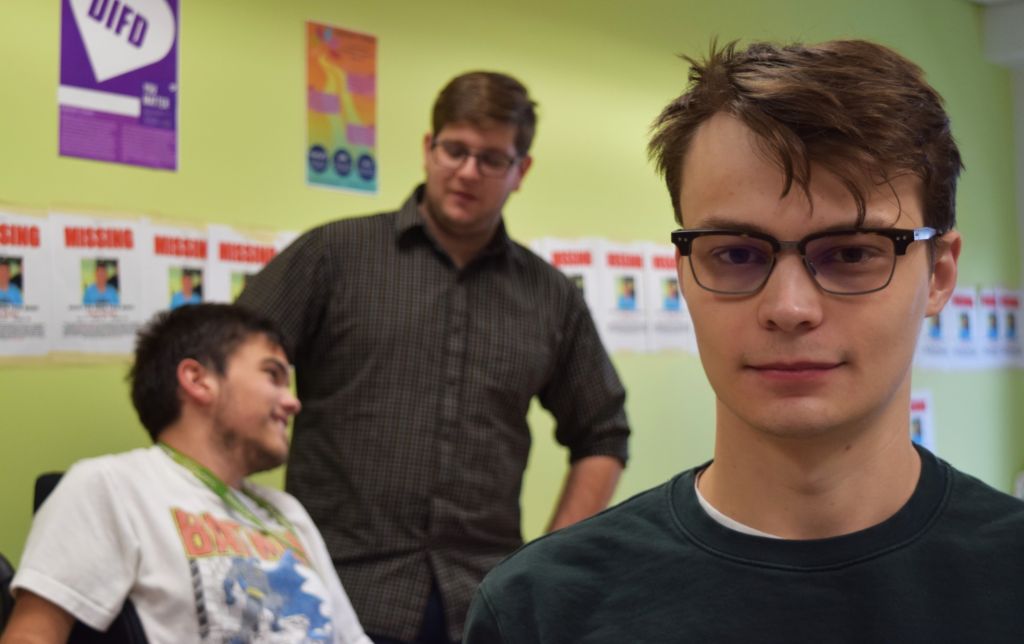 On the morning of Nov. 26 last year a strange, contained panic swept the halls of Algonquin College. Its source: a mysterious poster, announcing that a young man was MISSING – in bold, red, stressful (according to some) letters. Here’s the item in question: 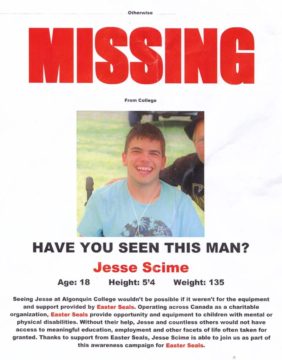 At a glance it was quite concerning. And a glance is what basically everyone we interviewed had given it. Unfortunately it took at least two glances to understand what the poster really was: a public test run for a prototype PR campaign designed by three students in Algonquin’s public relations program.

The poster was quickly taken down and those who had seen it declared a range of emotions from misplaced concern to – after finding out its true purpose – vague displeasure at its aggressive design. Some compared to a real life click-bait tactic.

“It’s a bit misleading, although it definitely grabs attention,” said graphic design student Brett Richmond. The “format wasn’t worth it, because nobody is going to read the bottom part.”

“We put the actual message at the bottom, fully expecting people to read about the charity and all it does for people with disability,” says Tyler Evely, who is one third of the team behind the poster. He and colleagues Colin Anderson and Jesse Scime were very surprised at the reactions their brainchild had prompted.

“It’s very stressful seeing this poster around,” said nursing student Danica Kaplan, who admitted she hadn’t read the bottom part. The poster was “very misleading”  she says and that “it causes a high level of concern… which is unnecessary.”

“We weren’t trying to be stressful,” says Scime, who is the man pictured in the poster. He had contacted the office of the Algonquin Times the day the poster came out with this message:

“Easter Seals is an important part of my life, as I was an ambassador for 10 years with the organization. We are trying to bring awareness with this poster campaign, and more to come, to the importance of what Easter Seals offers individuals with both physical and cognitive disabilities.”

“It’s for a good cause, I understand,” commented business management student Colton Hroncich. “However, I feel that a campaign marketed like that could really bring a lot of dread to people.”

“The reality is that there is dread surrounding the disadvantages of individuals with disabilities,” says Anderson. “It’s dreadful that people like Jesse would not be afforded the opportunities to further education and their careers if it weren’t for Easter Seals. So the alternative is dreadful. Also I think in order to be stressed out by a poster you should have to have read it.”

So where did all the panic come from? And was it justified? In an effort to answer these questions, we showed the poster to PR veteran Joseph Thornley, who had a lot to say.

“All too often,” Thornley says, “we are asked to react without the facts, based on supposition. Because there is a real person in the shot, people immediately begin to speculate. Does that person know?”

“The issue of appropriation of voice comes to mind, and this is [the poster’s] primary quality: an authentic voice ensures the message has integrity,” Thornley explains. “You have a license to describe your own circumstance. Authenticity goes hand in hand with trust… and considering these things, there is lots of room to be creative.”

According to Thornley, Scime spearheading the campaign justified its format entirely.

“PR has a long and venerable tradition of guerrilla tactics. [This poster] looks like something generated by people who really believe in a cause. It got my attention. It got me thinking. The very fact that I was uncomfortable caused me to read and re-read. I would imagine they achieved their objectives.”

“It achieved our goals for the most part. It started a discussion among our classmates,” says Evely, adding that there is only one thing they might reconsider.

“Going forward, I might bump the font size on the bottom part.” 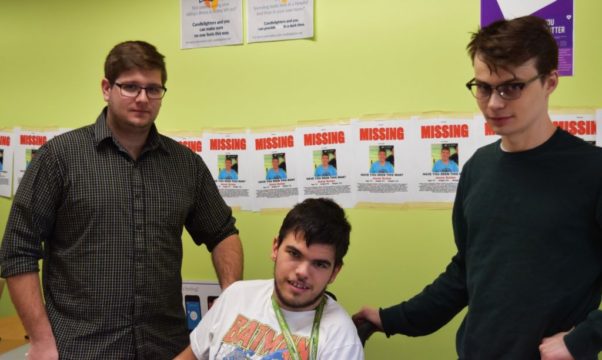 You can learn more about Easter Seals here.