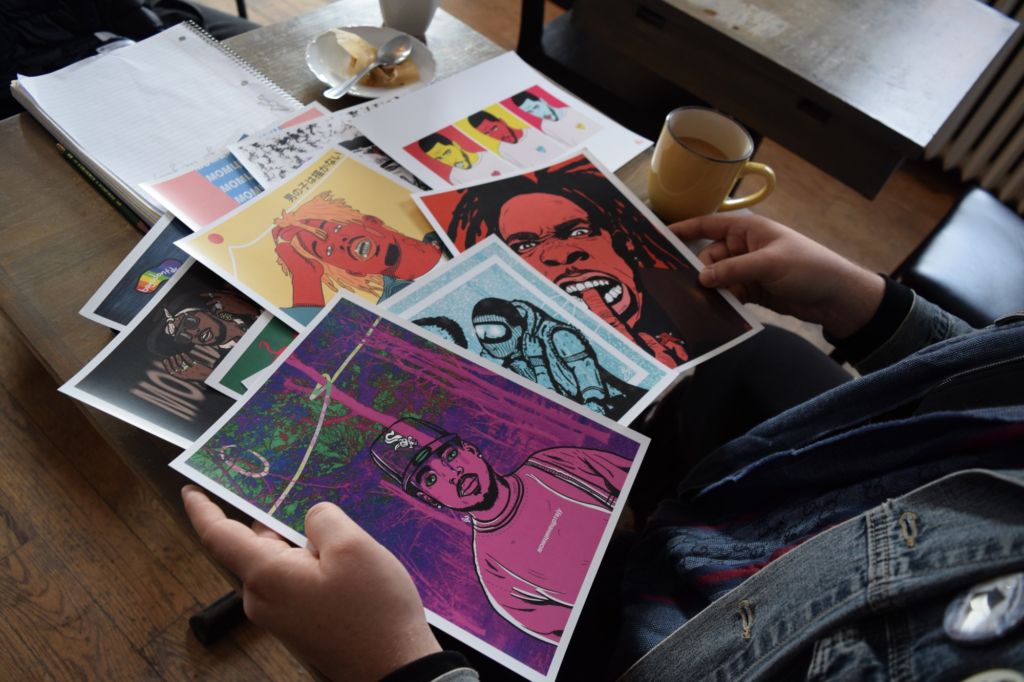 It’s not always easy to get up and start that project you’ve been putting off, It can be even more difficult to get started when you dive outside the realm of socially accepted norms. Stefan Perić, a 22-year-old Carleton University student who goes by Boysdontdraw on Instagram, is an emerging Ottawa creator who primarily focuses on digital art.

“I guess I’ve been drawing my whole life,” says Perić. “I started taking it more seriously near the start of university. I was getting more into digital art, I got a touchscreen laptop and was like this is so cool. So I started drawing on my laptop. I ended up getting an Ipad and drawing more on there and it just became something I fell in love with.”

The majority of Perić’s art features images of rappers and other Hip Hop musicians. His Instagram showcases many sketches of familiar faces from the genre like Kanye West, Chance the Rapper and Nicki Minaj.

“I’m a huge fan of Hip Hop and I think my biggest inspiration for art isn’t other art or artists but music. Most of the time I’ll sit down and I’ll be inspired by what I’m listening to. If I draw a picture of Kanye or something, obviously I’m super into Kanye that day. I do listen to other genres as well but it’s [Hip Hop] the most inspiring genre for me at the moment,” says Perić.

Recently Perić has been working on a project called “Rapper Foods”. He takes a rapper and pairs them with a product that he finds fits the artist in some way.

“The first one I did was ‘Kids Eat Ghosts’ Kanye and Kid Cudi came out with the ‘Kids See Ghosts’ album and I don’t know for whatever reason when that album came out I was super inspired. Back in high school, my favourite kind of projects were the ones where you got to design your own products. I was like let me see if I can combine the love of the current kind of art style that I’m doing and put in with kind of tongue and cheek food products. Sometimes it will be a phonetic thing or even a pun like ‘Kodak Mac’. It’s kind of dumb when you think about it but when you put those two Ideas together it makes sense and when you see the picture, you’re like ‘That’s kind of neat’. It’s just sort of a fun thing to do.” 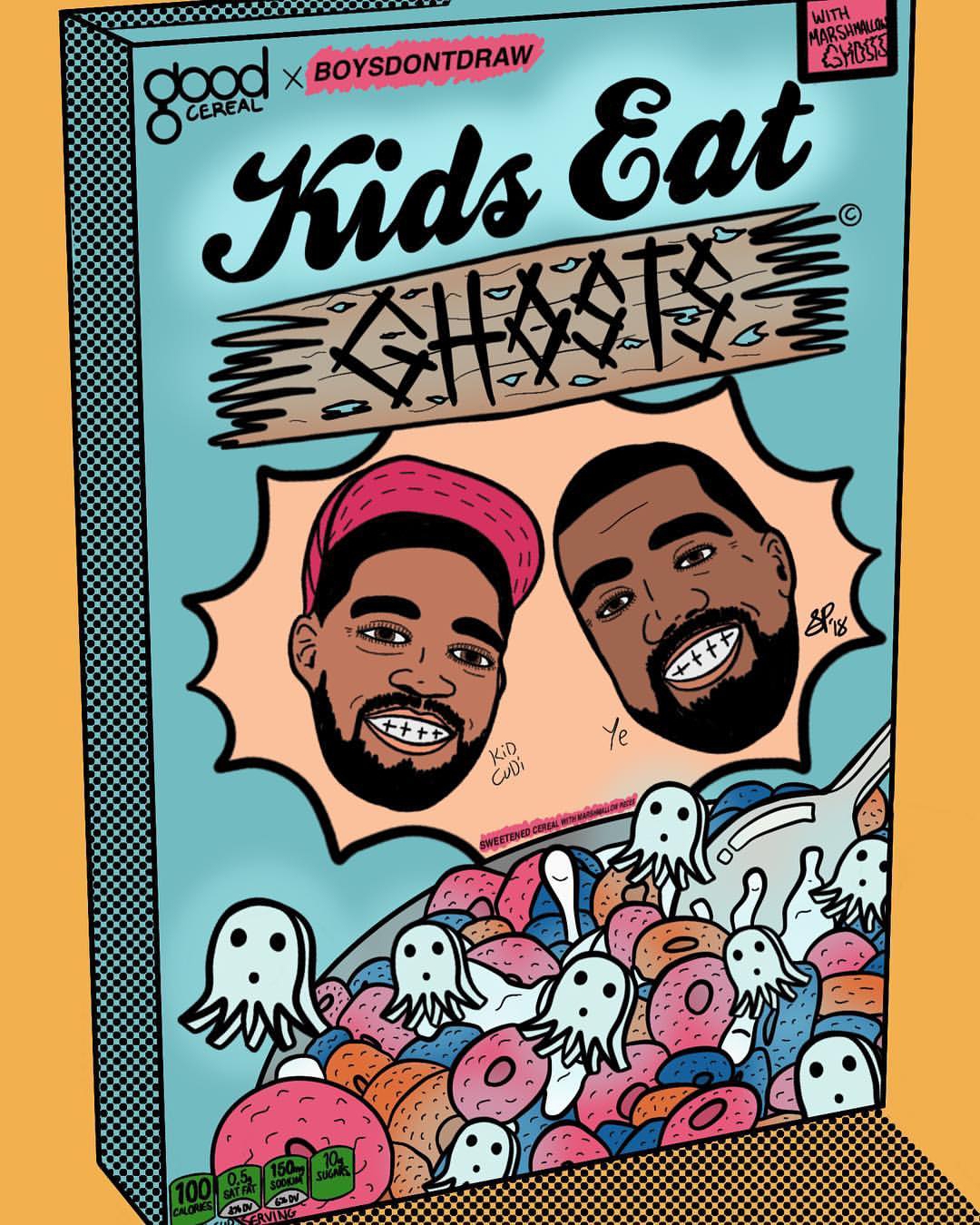 Despite all of the drawing and work Perić posts on his Instagram, he rejects the label of “artist.”

“Even now I don’t like that label too much, to be honest. It feels pretentious in a way. I guess if you do art you are an artist just like if you do plumbing you are a plumber. I don’t really like using that label.”

A few pieces of Perić’s work have picked up some serious steam on social media. One picture he did of the late rapper Xxxtentacion titled ‘Moonlight’ is currently sitting at 8,218 likes on Instagram.

“Most popular piece I’ve made was Moonlight, It’s a portrait of Xxxtencation that I did a bit after he died. But my favourite is probably one of my Post Malone or Kanye drawings. I really like the Post one, It’s basically just Post Malone looking like Jesus. I liked it cus he looked like Jesus in the photo and it turned out pretty well, I got like a little Bud Light in front of him.”

Post Malone is known for referencing Bud Light beer in his music.

On March 1 Perić has his first live gallery with an agency called Raw Artists. He says the collaboration highlights the perks of being active and posting art on Instagram.

“The cool thing about Instagram is you put yourself out there and sometimes people will reach out to you. I had this agency called Raw Artists reach out to me and ask me if I wanted to be part of it and I said ‘Cool let’s go for it’. That will be really interesting because it will be the first live gallery I’ve ever done I’ve got a few more events coming up after that. But that will be interesting because I’ll get the experience of displaying my work and selling some prints.”

The gallery will be taking place at St Brigid’s Centre for the Arts on Friday, March 1 at 7 p.m.