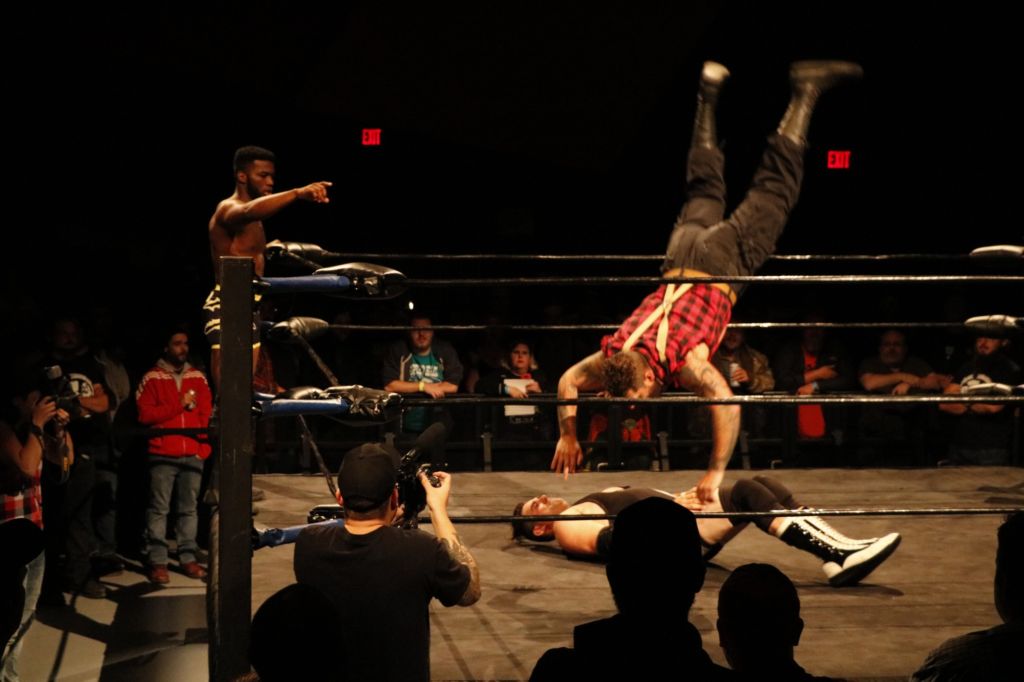 Though the glory days of Hulkamania and the Monday Night Wars are long gone, professional wrestling seems poised for a renaissance. The industry-leading World Wrestling Entertainment (WWE) is now worth almost $3 billion, with dozens of high-earning competitors fighting for second place.

And while the heavyweights duke it out at the top of the food chain – selling out arenas in dozens of countries around the world – there are thousands of low-budget, independently-owned promotions working on a micro-level in their communities. Though these indie shows are run for passion more than profit, the entrepreneurs that helm these small businesses are more than capable of putting on a show that rivals that of the big leagues.

“The WWE is like top 40 radio,” says Mark Pollesel, owner of Ottawa’s C*4 Wrestling promotion. “Indie wrestling is like the local band in the local club that’s busting their ass to get noticed.”

Pollesel, 35, began his career in the wrestling business shortly after graduating from Algonquin’s scriptwriting program in 2004. While he initially wanted to start his own promotion, he was deterred by the costly licensing fees that were, at that time, required by the Ontario Athletic Commission (OAC). These fees ranged from $75 – $300 depending on the size of the community, alongside a $1000 security deposit. 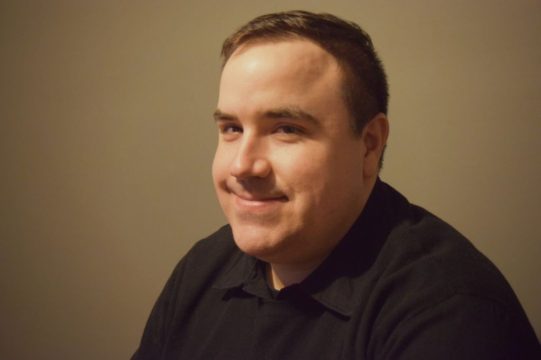 Pollesel didn’t let this setback stop him from following his passions, however; in the summer of 2005 he began helping with the behind-the-scenes production of the now-defunct Universal Wrestling Alliance (UWA) in Ottawa.

“I look at those early shows as kind of my education in promoting, sort of a what to do and what not to do,” says Pollesel.

During his time with the UWA, Pollesel learned how to rent a venue, market a show and build an exciting card. He gained familiarity with hiring wrestlers, ranging from newly-trained local talent to industry stars like Extreme Championship Wrestling veterans Sabu and Raven.

While his experience with the UWA helped sharpen his promoter skills, Pollesel still yearned to branch out and start something of his own where he could put his creative ideas on display

“I was in my early 20s at that time and I was excited to get my ideas out there,” says Pollesel, “and at the time building up someone else’s promotion really wasn’t worth it for me.”

After leaving the UWA, Pollesel found a place at the International Wrestling Syndicate (IWS) in Montreal, one of Canada’s largest and most well-regarded indie promotions. During his six months with the IWS, Pollesel rubbed shoulders with wrestlers who would go on to become superstars of the industry, such as WWE’s Kevin Owens and Sami Zayn. Some of these wrestlers would become mainstays of the early years of C*4.

In May of 2006, the OAC deregulated professional wrestling, allowing promoters to run shows without expensive licensing fees or liability insurance. This allowed passionate entrepreneurs the chance to start their own promotions without paying inordinate startup costs. Pollesel jumped at the opportunity to start his own brand, and C*4 was born the following year.

“In November of 2007 I ran the first C*4 show at the Vanier Columbus Club on McArthur Avenue,” says Pollesel. “I knew I needed follow-up dates to build a fan base, so I booked a year’s worth of dates when I ran the first show.”

Those first events were a stressful time for Pollesel. One of the wrestlers got hurt, the ring broke during a match and other local promoters showed up to heckle the event. Some of the early shows had as few as 50 people in attendance, making the concept of breaking even seem like a faraway dream.

“Back then, a show would probably cost a few thousand dollars and nowadays it’s probably double that,” says Pollesel. “It’s a ballpark estimate because there are a lot of variables; venue costs, ring costs and the wrestler’s fees can all vary. The talent roster is definitely the biggest cost, sometimes we’ve got 35 to 40 people on a show and it gets expensive.”

Comparing indie wrestling to a “DIY punk-rock show,” Pollesel said that the business can only thrive when there is a community behind it. As C*4 had only just begun and had not yet developed a fan base, it was losing money at an alarming rate. The financial strain of running C*4 nearly drove Pollesel out of the industry.

“It’s hard to make money wrestling,” says Pollesel. “I was almost at a point where C*4 was going to be done. I just couldn’t continue doing everything.”

Thankfully, he was not the only person in town who wanted to see indie wrestling in Ottawa. Pollesel was joined by a business partner – who chose to remain anonymous – that helped save C*4 from financial failure.

“When I felt like I might have to walk away from the business, he didn’t want to see it. He came on board about four to five years in and helped us to build this thing up. We’ve been working together ever since,” says Pollesel.

Nowadays, the promotion’s financial fears are virtually a thing of the past. C*4 is now at a spot where Pollesel and his business partner can confidently expect to break even and even turn a small profit. Ticket sales make up a majority of the businesses’ revenue, with DVD sales and an online subscription service adding some spare change to the pile. That extra bit of cash is then turned right back into the promotion, fixing up the ring and gear and helping the business stay afloat until the next show.

With their finances under control, C*4 has had the opportunity to comfortably build its fan base over the past decade. A regular show at St. Anthony’s Hall will now bring in a crowd 400 – 500 people.

“Our fans are generally in the 18 to 35 demographic that everyone is after, but I’d also say up until 50,” says Pollesel. “It’s a very diverse crowd, age-wise. There’s couples and groups of friends in their 20s and 30s who don’t necessarily watch wrestling on TV but are just looking for a good time on a Friday night.”

And now that C*4 has built its name, it has become Ottawa’s biggest indie promotion and one of the more respected wrestling businesses in Ontario. An ever-growing number of world-class wrestlers have walked stepped through C*4’s ropes to entertain Ottawa’s ever-growing indie wrestling fan base.

“There’s two types of people in Ottawa: C*4 fans and those who just haven’t been to a show yet,” says Pollesel.