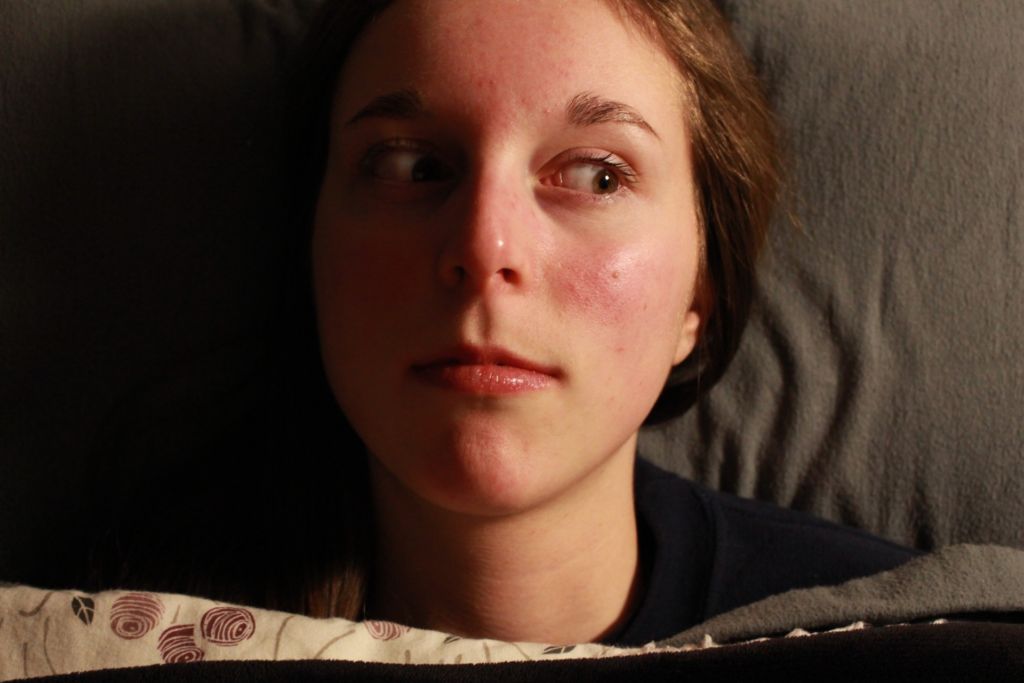 You’re stirring from a dream and are slowly coming to your senses. You try to stretch your legs or grab your favourite stuffie.

But you can’t move a muscle. You’re frozen.

It’s as if someone went all Hermione on you and cast a Petrificus Totalus. You can’t speak, even though you want to scream at the top of your lungs for help; for somebody to come and help you feel movement in your body again.

Those of us who have suffered from sleep paralysis know this exact feeling of immobility and fear.

Third-year Carleton University law student, Raenelle Manning, has experienced sleep paralysis more than once in her life. She first had it in grade 11 and then another time in her first year at university.

“I would describe it as a kind of disconnect between your brain and telling your body to move. It felt kind of like a boulder was on your arms and legs and you were telling yourself to move, however you couldn’t. It felt like you were tied down,” Manning explains.

Dr. Judith Leech, head of the West Ottawa Sleep Centre, says sleep paralysis is classified as a REM related parasomnia. It is also one of the three symptoms of narcolepsy.

Dr. Leech says sleep paralysis is common among people who are sleep deprived. If somebody pulled an all-nighter, it’s likely they can experience sleep paralysis the next night because rebound REM sleep becomes more common.

“During REM sleep you’re paralyzed. The only muscles that work in the body when you’re dreaming like that is the diaphragm, the stapedius- which is the ear muscle – and the eyes. The other muscles are paralyzed so you don’t get up or act out your dreams,” Dr. Leech explains. “Sometimes the boundary between wake and sleep is not as complete as we think it might be on most night’s sleep. Sleep paralysis represents a time when your brain woke up but the boundary was not completely shut and the paralysis of REM sleep stayed on, usually only lasting 30-60 seconds. But you can’t lift a finger in that time and you’re wide awake.”

Dr. Leech says there is nothing wrong with your muscles and it goes away without any harm, but it can be scary for people who go through it.

An article written by Medical News Today says that some people with sleep paralysis may experience hallucinations. They are often described as a person or supernatural force that is trying to get into your room and threaten you in some kind of way.

During Manning’s first episode she felt like there was somebody in her room with her.

Sleep paralysis isn’t considered life-threatening. But it might scare and confuse you the first time it happens.

“When I got it the second time, I trained myself to react to it. I tried to keep my eyes closed and go back to sleep and I find it goes away,” Manning says.

She says if she ever gets it again more than once, she would go to a doctor.

Dr. Leech explains that if people come to the sleep clinic and express concerns over sleep paralysis, they would conduct an overnight sleep study to see if the person has narcolepsy. If the test results show up negative for narcolepsy, Dr. Leech reassures the person that having sleep paralysis is fine and not a big deal.

It’s likely people may experience sleep paralysis once or twice a year, but not on a day to day basis.

In Newfoundland and Ireland sleep paralysis is commonly referred to as, “the hag.” An old haggish woman who visits you and sits on your chest during a sleep paralysis episode.

Dr. Sheldon Butler, owner of Rideau Optometric, grew up in Newfoundland and has experienced “the hag.” Dr. Butler described an old hunchbacked woman radiating malice and pure evil in his room.

“I tried to scream and jump out of my bed and run away. She started slowly moving closer to me, but I woke up before she got there,” Dr. Butler explains.

He experienced sleep paralysis multiple times when he was in high school and felt confusion, followed by panic and fear.

It is common in young adults, usually starting in high school and through college or university. It can happen to children but it is less commonly heard of because they might not be able to explain what happened.

If you’re a first timer to sleep paralysis, whatever you do, which is not much for the first few seconds, don’t open your eyes and pray “the hag” doesn’t come for a visit.