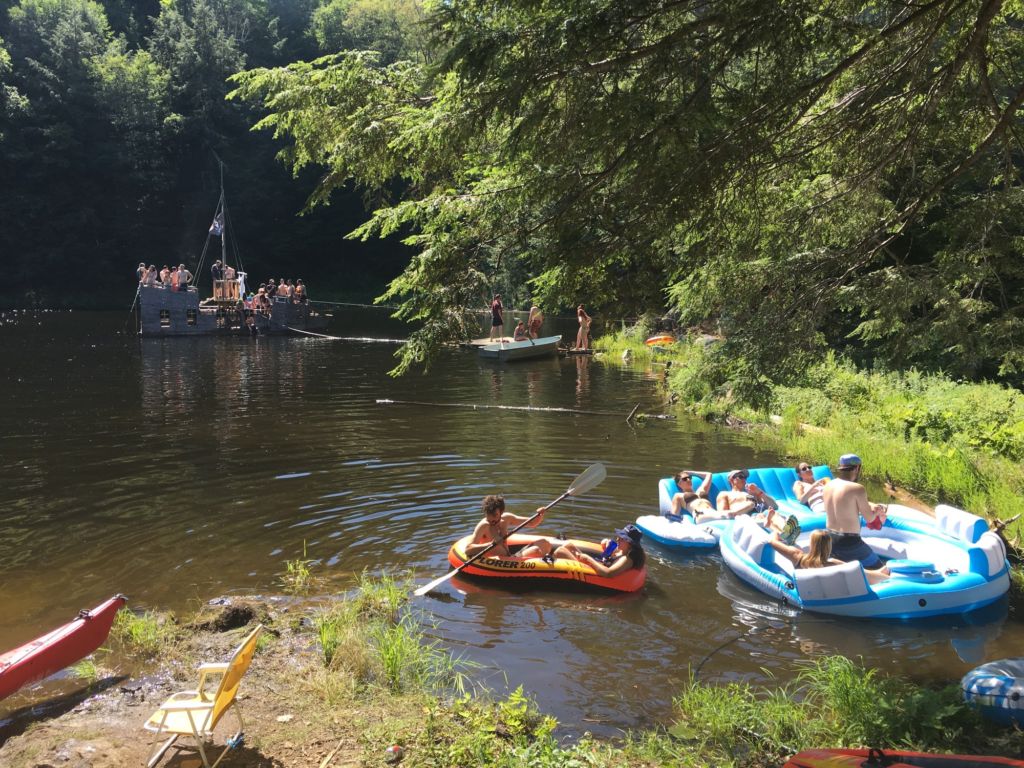 Multiple snowstorms have descended upon the capital already this year and many of us are looking for relief. So as snow continues to pile up, dreams of summer are already taking shape. Enter Mayofest.

“Mayofest is all things summer,” explains Jay Poore, a board member for the festival held in Mayo, QC. which is less than an hour drive from Ottawa. Poore has been involved with the community for the last five years. As the festival has grown it hasn’t forgotten its roots. From cottage party to summer festival, Mayofest is all about community.

What if you could have the energy and atmosphere of a big festival but not sacrifice that comfort and freedom of feeling like you know everyone there?

Enter Mayofest. The festival attracts people from far and wide, but mostly from the Ottawa area. People come as strangers and leave as good friends.

“That’s what the games are about,” says Poore. “Getting to know each other.”

The festival is on a private campground, the site has its own lake with a pirate ship, rope swing, rock painting and spirit walk, on-site bar, a giant Jenga set, a massive campfire, fire dancers and a stage for the bands.

“My first year at Mayofest was the year before last in 2017,” says Lauren Berg, graphic designer and social media manager. “I just fell in love with the culture and decided to offer my services on a volunteer basis. I think its kind of magic and just getting swept away when you go there. It’s just kind of like another universe, like the lost boys with Peter Pan. It’s this one-of-a-kind really special thing to be a part of, where everyone gives their full selves. It’s just kind of addictive.”

There may not be many reasons why people attend Mayofest, but something definitely keeps these people coming back every year.

“I came originally for the nightlife, the lineup of bands,” explains Berg. But the community setting with its games, food, swimming, and of course the pirate ship were a few of the things that kept her coming back.

Finally, to address the elephant in the room, if you are wondering whether or not the festival has anything to do with mayonnaise: the answer is no. Although, the festival is held in Quebec, so there will probably be some mayo to dip your fries in.