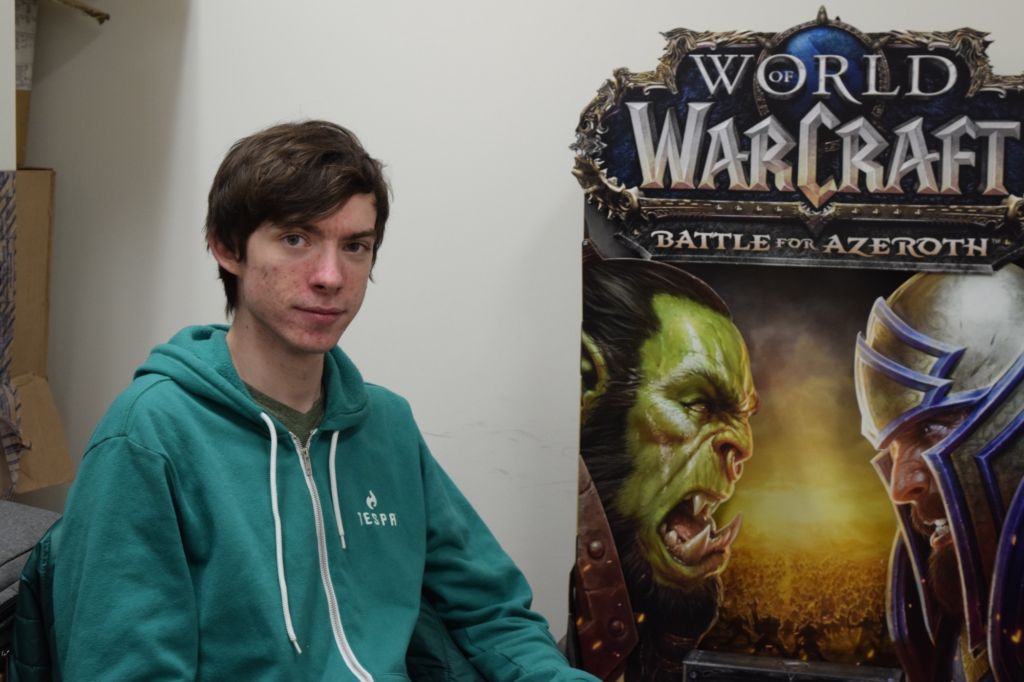 Ottawa’s esports scene is growing and getting more support than ever.

A number of bars and different spaces to play or watch people play online games have been popping up in Ottawa over the last couple of years. The most recent being Click Esports.

The co-owner, Hui Shen, opened Click on Merivale Road in February 2018 but says the dream for a place like this has been around for more than 10 years.

As Shen mentioned, the concept of getting people together to play online games in person is nothing new. Since computer gaming became popular, people have been getting together and setting up what’s called a LAN party. This is when a group of people get together with their computers and use a Local Area Network connection. This allows all of the systems to operate on their own exclusive server.

With online services like Discord, a free-to-use chat system that lets you speak to your friends or people you meet online while you play games, it may seem like there’s no need for places like Click. Shen believes there are still some valid reasons to get out and play with your friends in person.

“People used to think ‘I have a computer at home, why would I go somewhere else to play?,’ but right now games are different. A lot of games require more teamwork. By sitting together you can learn more about your teammates,” he says. “It’s still not as big as it is in the United States, here in Canada it’s a bit slow, but we’re getting there.”

Click is just one in a growing list of businesses opening up around Ottawa to support the esports scene. Sakura Gaming, located just up the road from Click on Clyde Avenue, is another space. The Blurry Pixel bar on Queen Street is also a unique place to meet up with friends with a similar interest in gaming and esports and grab a drink.

“It all depends how they set up the venue because it changes the aspects of it,” says Boettcher. “Sakura is just lanes of computers so if we wanted to run a tournament very fast, the atmosphere is kind of gone because it’s kind of like an office. Click on the other hand, it’s open, there’s consoles and they’re putting in a tournament stage. They also have a space for streaming.”

Boettcher is responsible for the clubs admission to TESPA. TESPA is the largest collegiate esports organization and provides a lot of support for post-secondary run clubs like Carleton and Algonquin’s.

“They are a group under Blizzard Games and they are the collegiate student branch,” says Boettcher. “They are the bridge between all of the Blizzard games and Rocket League. They sponsor campuses, there is a rigorous process to get approved. Like club background checks and everything. It’s a big community they host a lot of tournaments with big prize pools. If anyone wants to get into esports they get a deal with TESPA and they’re in.”

Boettcher says membership for clubs like his have gone up as well.

“Numbers vary from 350 to 500 for membership. Especially with all our rebranding done, it’s looking like it’s going to explode. Carleton’s Discord is like 1200 people.”

Sometimes it can be difficult for people who are used to playing games and socializing exclusively online to get out and socialize in person with this community.

“Depending on the person, they can be very shy and quiet. Online, people usually have a different kind of personality,” says Boettcher. “It’s a little harder to convince people to come in person and be social but as they grow and become friends online they are more likely to come out in person to hang out with who they’ve been speaking with online.”

Boettcher goes on to say that it’s useful to have spaces like Click and The Blurry Pixel for meetups and to put a face to the name you may have just been speaking to online through a mutual Discord server.

“They are good spaces, I like Click’s atmosphere and I go to The Blurry Pixel often enough. They understand the community and they cater to it,” says Boettcher “Especially The Blurry Pixel, they’ve always been like the cheap brand of prices for things. You don’t have to pay to play games, like you do if you don’t buy something but you can get a shot for five bucks and you can just play.”