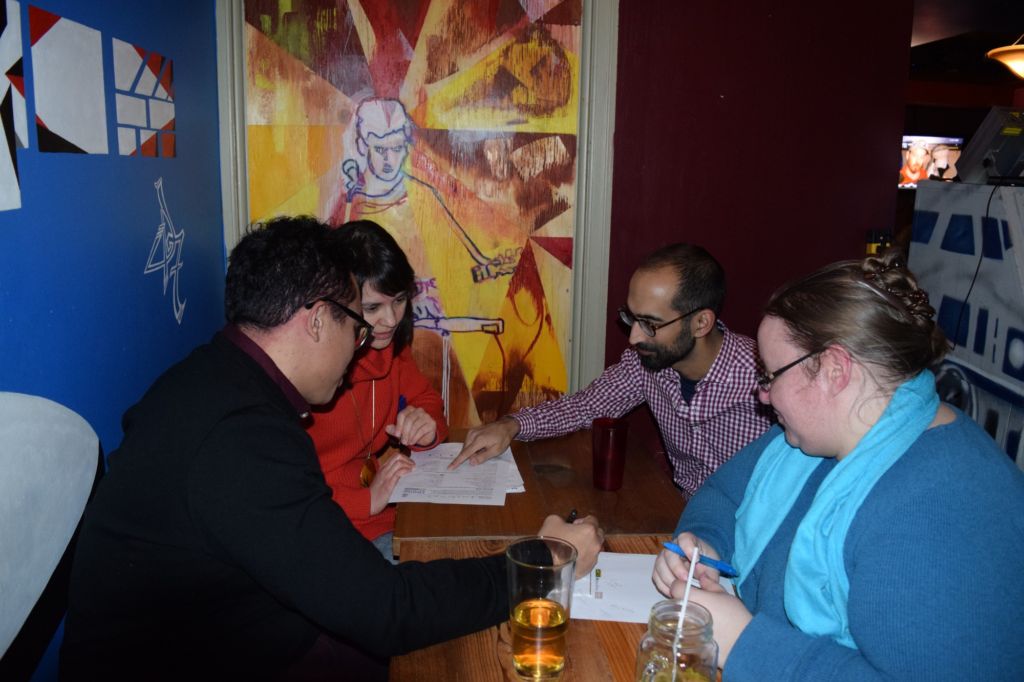 It was just an ordinary day when 31-year-old Zorn Pink got the call that his childhood dream was coming true. He had been chosen to appear on the game show Jeopardy.

Pink, who is a University of Ottawa graduate, travelled to L.A. last November to compete on the game show hosted by Ottawa’s own Alec Trebek. His episodes aired on Jan. 7 and Jan. 8.

Pink’s love for trivia started at a very young age “I used to watch the show a lot when I was younger with my parents and I would play along and I got really interested in it” says Pink. “I kept the interest in trivia going throughout high school where I competed on the Reach To The Top Team, which is a trivia competition between local high schools.”

It was a natural progression for him to audition for the beloved game show. “Last year I signed up for the yearly reminders for the audition and I took the test and went from there,” Pink says. “The audition process starts with an online rapid fire 50 question test, consisting of random trivia questions in which you have five minutes to complete it. If you answer enough correctly you then get a call for an in-person interview at one of few locations; Detroit, Boston, New York, and every few years auditions are held in Toronto.”

Pink travelled to Detroit for his in-person interview, saying the process was pretty straightforward.

“When you show up they take a picture of you and go through what your interest are. Then you do the test and play a mock version of the game with the producers on site,” Pink says.

Jeopardy films on the Sony Pictures lot in L.A and Pink says he finds himself lucky because he knew people who had appeared on the show and could give him some pointers on how to prepare.

“There is a website called Jarchives and it has every episode of Jeopardy ever filmed, so I spent a lot of time studying that,” says Pink, adding that being successful in Jeopardy comes down to a breadth of knowledge, being interested in a couple different subjects, and luck.

“I’m very lucky because I have a friend who lives in L.A. and his friend gave us a tour of the studio lot and I got to hold an Oscar which was really cool,” Pink says.

Filming is a lot like what you see on TV. Each game runs about 25-30 minutes but what many people don’t know is that they film five episodes of the game per day, so you only have a 15-minute interval if you win to get prepared for the next game.

Since returning home, Pink has continued to keep his love of trivia alive. “We have a trivia team called I moved here for work and we mostly play at Pour Boy.” Pour Boy is a bar in downtown Ottawa.

Pink walked away with approximately $13,000 Canadian, which he plans on spending on a honeymoon with his partner, whom he is marrying this year. “I’m getting married this year so we are debating between going to Italy or Japan for our honeymoon.”