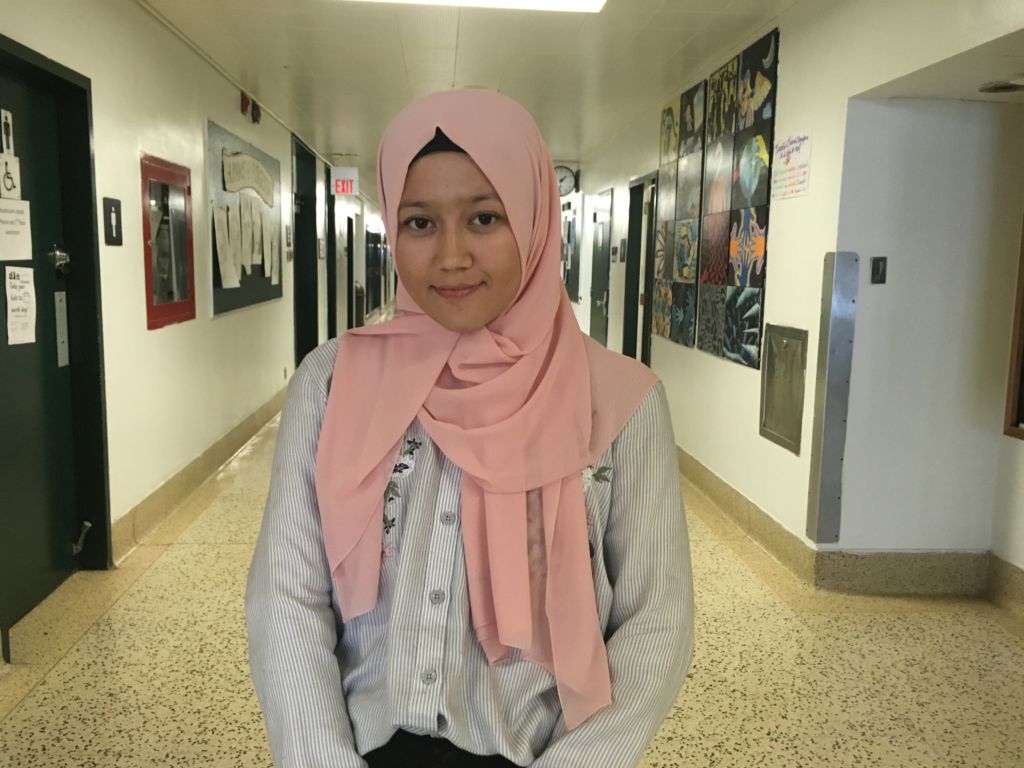 Ruby Abdullayeva, a grade 11 student at Ridgemont High School, said she was nearing the end of her school cross country race at the Kanata Recreation Complex on Oct. 25 when she noticed a student from Longfields Davidson Heights High School was struggling.

The other runner fell down a hill and scraped her knee, Abdullayeva said.

“She fell down and I told one of the coaches to come and see her. I think she wanted to finish the race and she got up and ran behind me.”

The weather conditions on the day of the race did not help. With temperatures dropping to a low of -3 C, Abdullayeva, who came to Canada from Uzbekistan, said she’s still getting used to the colder temperatures.

Abdullayeva moved to Ottawa in 2016 for the start of grade nine. She Immigrated to Canada in 2010 to join her father who was already living here, and settled in Saint John, N.B. before moving to Edmonton where her mother pursued her education.

Life in her home country was difficult, Abdullayeva said. Uzbekistan is a developing country. “We would often be in not the best situation,” she said. “We lived with a lot of people, and we were a big family so there was a lot of issues (with) food and all of that.”

The grade 11 student decided to get involved in running after reading about its benefits of it on social media. While Abdullayeva feels her last race wasn’t her best one, she likes the challenges running brings her, and says she hopes to practice next summer and join the schools cross country team again in grade 12.

“I don’t think it was the best race because of the weather,” Abdullayeva said. “It was really cold but I think it was a good one. I was really happy to run with someone beside me because it felt good.”