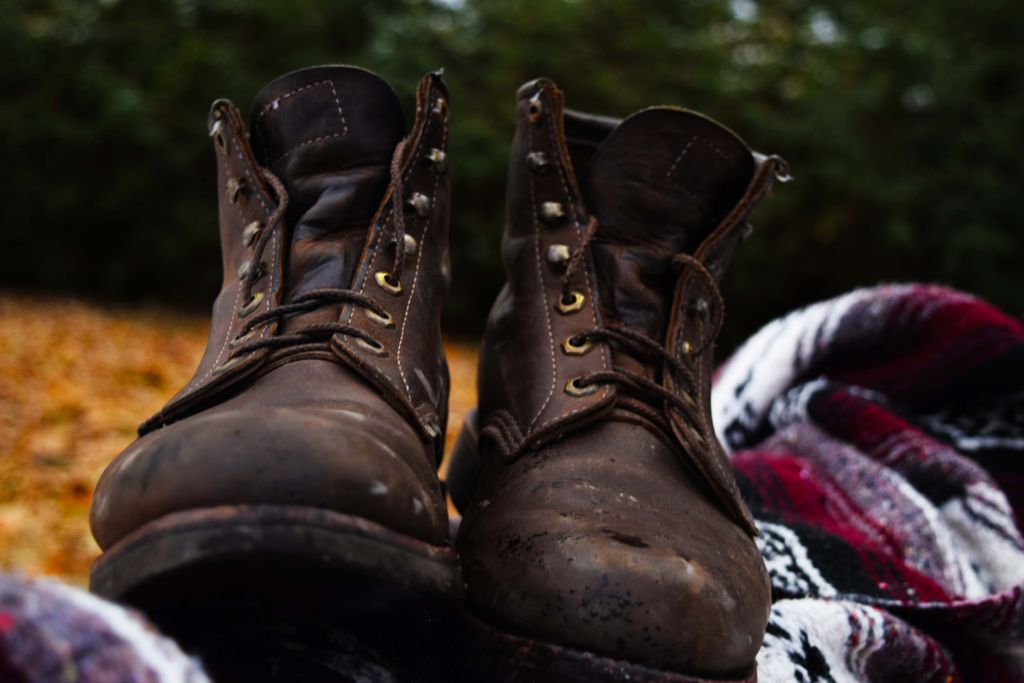 Boots are a tool as much as they are an accessory. Over time they become almost an extension of yourself. You can form an extremely real emotional attachment to them as your feet mould and shape the sole.

More recently, expensive, luxury-brand boots have begun to take back the spotlight from the lower end, one season boots. An item that was once looked at as something only older folks and tradespeople wore has come back into the realm of fashion and everyday use.

It’s true that boots have always had a practical use and it’s not like we ever stopped wearing them but now more than ever students and young adults alike are spending anywhere above $200 on a good pair of boots.

Kareem Awad, a mechanical engineering student at uOttawa, prefers Blundstones; an Australian made boot which has skyrocketed in popularity over the past couple of years.

“They were about $250, considering the kind of weather we have in Ottawa. I feel these boots are a combination of style and effectiveness,” Awad says.“ They protect you and keep you warm. They’re easy to put on. I think that was a big thing that made a difference in whether or not I would buy them compared to boots like Timberlands which I think a lot of people buy as well, mainly because they’re a brand.”

One thing boots like Blundstones have over your regular run of the mill boot is the durability.

“Their durability is a big part of their sales pitch,” says Awad “Just like when you buy a winter jacket, you’re looking for something you can keep, something that won’t be worn out and you can wear for a couple of seasons. Chelsea boots have always kind of been a staple in men’s fashion wear. Their ability to still be fashionable and effective in this weather plays a big part in why they’re tempting for consumers.”

Blundstones aren’t the only boot seeing their popularity grow. Brands like Red Wings and Chippewa have been making leather boots in America for over a century. But they don’t come cheap: a brand new pair of Blundstones can run you around $200, Chippewa $300 and Red Wings $400 according to their official websites.

These boots are all over Instagram and have spawned a huge community of boot enthusiasts.

Among these enthusiasts, Brian Hawkins is one of the most passionate. Hawkins, a boot enthusiast who lives in San Diego, runs an Instagram account called Boothunter and a blog of the same title. Currently, Hawkins has 24,000followers on his Instagram account. The page is composed completely of pictures of handmade leather boots, primarily Red Wings, Chippewa or boots of similar style.

Hawkins’ interest in boots goes back to his grandfather, who was fire chief of Chicago.

“Retired by the time I was a child, I do remember his uniform and the boots, in particular, they represented the challenges and heroism of his work,” says Hawkins. “I remember marveling at the details and the worn elements and being fascinated with the story each nick told.”

Throughout high school, Hawkins worked construction, a job which would require boots.

“When I put boots on I knew I was going to make things happen, I knew the importance of safety and wearability, I chose Chippewa and Red Wing Boots,” says Hawkins. “ I have a couple of pairs from this time, they are better than any diary or photo album.”

There are many reasons students should invest in high-quality boots. Hawkins outlines some of the reasons he feels young adults should make the jump to higher end boots.

“There are few things we can buy and enjoy using and the more we enjoy them and learn to care for them they become something special and in fact retain much of the value of our investment,” saysHawkins.

“After several months to a year, a boot becomes part of us and they become comfortable and useful in many activities from exploring to going out. A few more years and our boots, with proper care, express who we are and what we do. Over time, few products tell our story better than our best lived in boots.”

Not all students buy expensive boots for fashion or to tell their story. Some students have a much more practical angle for forming their relationship with boots.

Tanner Robertson and Curtis Gaddish, both students at Algonquin College in the block one plumbing program, have to wear special work boots.

“We wear these boots for safety purposes, they have the steel toe, we work with heavy steel all day and cast iron,” explains Garrish.

“On most job sites they’re mandatory, it’s kind of a requirement to have,” says Robertson “ I chose these ones specifically because you get decent quality for the right price at Mark’s Work Wearhouse. These were $150, so you know that’s not too bad.”

Quality in work boots still varies. Garrish explains how not all work boots are up to the same standard.

“I had a pair before that were soft leather and they would rip all the time,” Garrish says. “These are thicker and you have to work them in for a couple works. I love my boots, I prefer to wear my steel toes over regular shoes, I feel like if I wear regular shoes my feet feel more exposed.”

Depending on how much you use your boots they require frequent maintenance like oiling, general cleaning, and brushing. This doesn’t take long to do but you want to make sure you’re doing it right as to not damage the leather of the boot or the overall look you desire from them.

There are many online tutorials that can walk you through the process of oiling your boots, which tends to be the most tedious part of boot maintenance.

Boots are practical, boots are fashionable and if nothing else, boots tell a story. Like anything worthwhile, high-end boots are an investment.