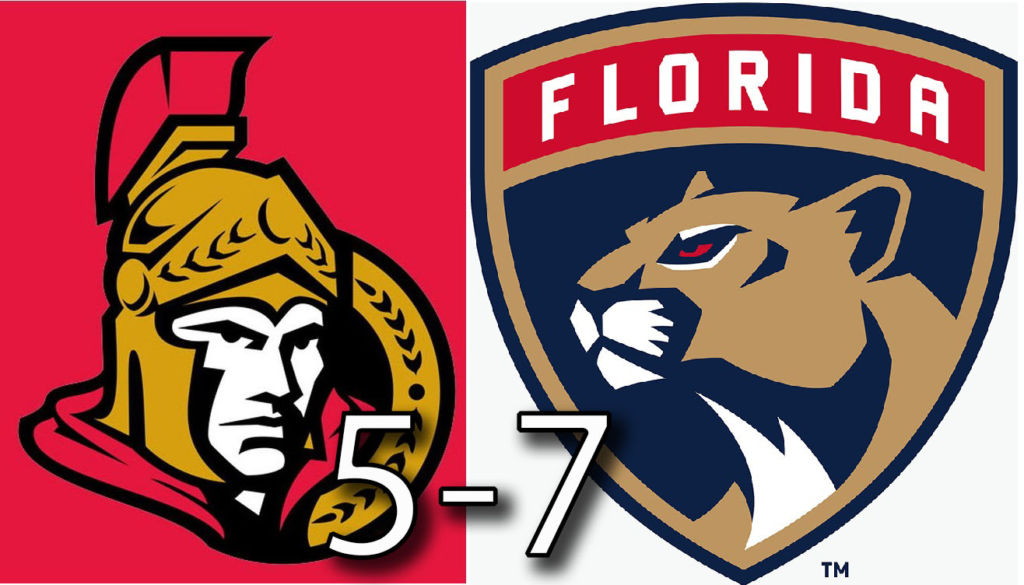 On a night where Mike Hoffman made his return to Ottawa following an off-season trade, the Senators put forth a listless effort against the visiting Florida Panthers on Monday night, losing 7-5 and dropping further down the Eastern Conference standings.

Hoffman, who spent seven seasons in Ottawa, received a warm reception from the Ottawa faithful following a brief tribute video during the second period. Matt Duchene was the lone bright spot for the Sens, scoring twice, while Craig Anderson allowed six goals on 22 shots before being replaced by Mike McKenna.

Despite another loss, Senators coach Guy Boucher liked the fight he saw from his team in the final period.

Senators forward Zack Smith scored at the 6:35 mark of the third period, giving the Sens a sliver of hope as they closed to gap to two goals. Brady Tkachuk then added another goal three minutes later, bringing the sparse crowd to life as the home team attempted to claw their way back.

Ottawa would continue to apply pressure in the offensive zone, as the Panthers struggled to put the game away. Ultimately, Florida would hang on and claim the victory.

Panthers centre Vincent Trocheck got tangled up in the boards behind the Ottawa net following the first intermission, sustaining what appeared to be a serious injury when his right leg got trapped under his own body. He was stretchered off the ice, as Senators forward Ryan Dzingel, who was involved in the collision, appeared to give his best wishes.

With less than half of a second remaining in the first period, Evgeni Dadonov tapped home a loose puck to put the Panthers up 4-1 after one period of play. Duchene would score his second of the game on a turnover by Reimer, 92 seconds into the second period. Three minutes later, Drake Batherson tipped a shot past Reimer for a powerplay marker, bringing Ottawa to within a goal and bringing the crowd to life.

Panthers forward Micheal Haley then took a pass from behind the net and fired it home, restoring the two-goal lead for Florida. Panthers forward Frank Vatrano converted a 2-on-1 with 3:31 remaining in the second period, giving the Panthers a 6-3 advantage and leading to McKenna replacing Anderson in the Ottawa net.

The Senators got off to a fast start in the first period, with Duchene scoring 1:53 into the game.

Christian Jaros found Duchene streaking down the middle of the ice, and the centre put it over Florida goalie James Reimer’s shoulder and into the back of the net. Florida responded quickly, however, as Troy Brouwer capitalized on a turnover right in front of Anderson, tying things up at one goal apiece less than five minutes in.

Two minutes later, Tkachuk took a high sticking penalty, leading to a powerplay goal from Panthers centre Aleksander Barkov. Panthers forward Jared McCann took a feed from Dryden Hunt down the middle shortly after and headed for the net on a partial breakaway, firing a strong wrister past Anderson to give Florida a 3-1 lead 11 minutes into the first period.

The end of the first period came to an unexpected end with more than three minutes remaining, as a medical emergency in the stands forced a fan to be stretchered out. The remaining time was added to the second period.