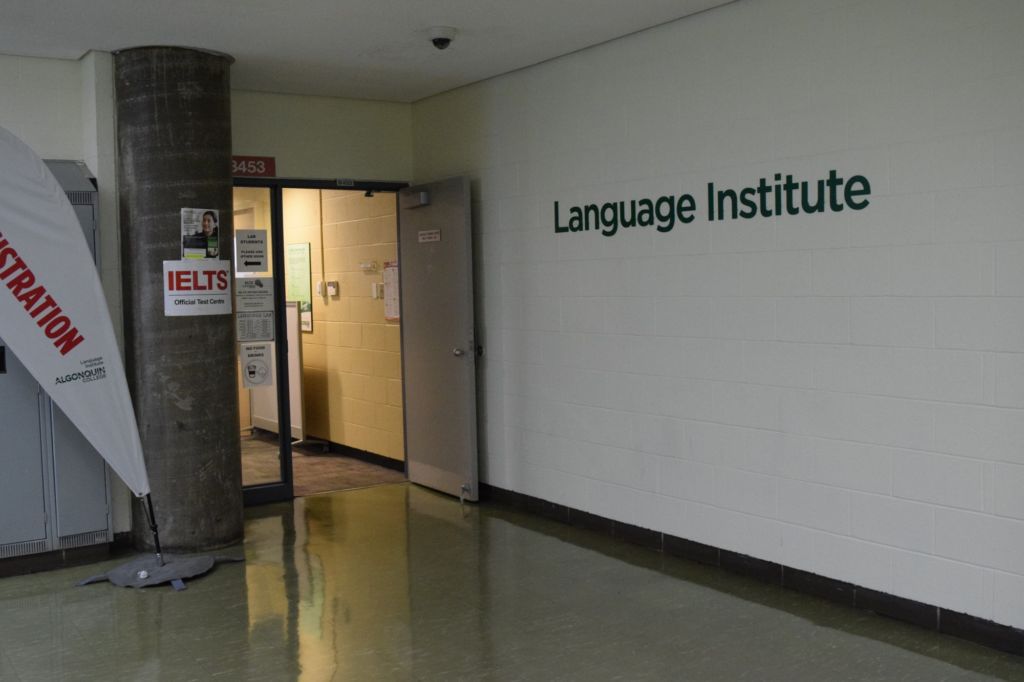 Algonquin’s decision to terminate its contract effective Dec. 7 with the Canadian government will put an end to 20 years of teaching Language Instruction for Newcomers to Canada (LINC) on the Woodroffe campus.

The announcement was made public on Oct. 19 by Doug Wotherspoon, Innovation and Strategy vice-president at Algonquin. In a statement published on the college’s website, Wotherspoon attributed the decision to end the LINC contract to the college’s financial position.

“In reviewing the LINC contract’s current and future financial position, we have concluded that we are no longer able to guarantee the positive net contribution required to operate,” wrote Wotherspoon.

In a phone interview with the Algonquin Times, the vice-president of Innovation and Strategy explained the college’s reasoning in the decision-making process.

“We take a look at the current and future financial positions and programs and have to make a call as to whether or not the program or contract can return the required positive net contribution that we need,” said Wotherspoon. “Traditionally we are looking for ideally 30 per cent return and we don’t foresee that we are able to get anywhere near that, so we made the decision that it was in the best interest to actually use the space that we have for other programs or studies that do actually have that return.”

According to Ernest Mulvey, director of International Education at Algonquin, the college’s decision to cease delivering the LINC contract comes from a combination of factors.

In addition to financial realities, there are also considerations related to the effective use of the space, what the college’s core business is, versus what can be delivered by other entities within Ottawa.

“If you have the notion that we are at max capacity for our core business — which is programs of study for physical space — and we are offering a service that can be provided by other providers in Ottawa, it makes a lot of sense for us to focus more on our core business and that was really, in the end, the driving factor in the decision,” said Mulvey in an interview with the Times.

The LINC contract has offered language instruction to help newcomers to the country with language training to facilitate social and economic integration into Canadian society. Part of the numerous programs offered by Algonquin’s Language Institute, the LINC contract however is not recognized as a regular program of studies.

“Programs of studies have a very set curriculum; they focus learning outcomes and tuition, some of them receive support from the Government of Ontario,” explained Mulvey. “The LINC contract is 100 per cent funded by the Government of Canada through IRCC (Immigration, Refugees and Citizenship Canada) and its mandate is to provide integration for recently arrived immigrants and refugees who can take this type of programming in many different places.”

The LINC program is coordinated locally by the YMCA. Newcomers to Canada who feel like they need language support would go to the YMCA and register in the LINC program, after which the centre would put them on a waiting list of their choice or the one closer to their habitation. In Ottawa there are eight LINC providers — both private and public — excluding Algonquin College.

As of today, about 160 students are benefiting from the LINC program offered at Algonquin. Teacher Shawn Max, LINC Level 7 — the highest level taught at Algonquin — says this termination will affect the students.

“It affects the class of my current students, however less than other classes because we are at a level where they got all the bench marks already,” said Max.

Come Dec. 7 and the termination of the contract between the college and the federal government, the 160 students will be placed on LINC partners’ waiting lists.

“It is regretful that we had to exit a contract that was serving clientele well. For the students themselves, again they will have seats they just won’t have Algonquin College as one of their choices of location,” said Mulvey.