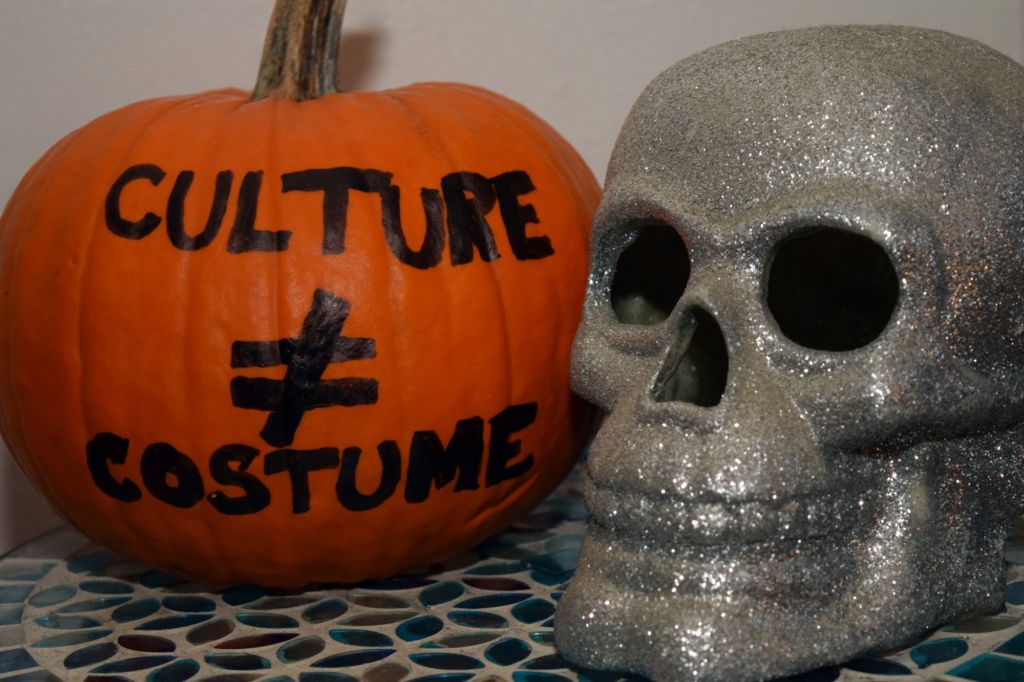 In today’s social climate, controversial costumes that disrespect ethnicity or cultural traditions are a definite no-no.

With Halloween fast approaching, it’s guaranteed that college students will be dressed their scary best and out across the city celebrating. Inevitably, however, there will be some costumes that should’ve been given a second thought before the wearer left the house.

Walk into any costume store and you’ll find a handful of questionable costumes. Among the racks of options are monks, witch doctors, rabbis and Rastafarians. Dressing up as a character or popular figure that belongs to faiths and cultures different from your own is totally fine, as it’s your way of paying homage. Dressing up as a culture for the sake of a few laughs, not so much.

Cheyenne Thibault, a 19-year-old Métis student at Algonquin, is tired of seeing traditional headdresses, usually reserved for chiefs and elders, being worn by twenty-somethings in the club.

“Wearing it was seen as a real honour, and to have some random person who has no native blood in them wear it is not right. Especially since they didn’t earn the right to wear it,” said Thibault.

She hopes that whoever plans on dressing up like Pocahontas or Sacagawea will at least support local indigenous businesses by getting their materials straight from the source.

Ohio State University students released a series of posters in 2011 as part of a campaign by the school’s Students Teaching About Racism in Society organization, with the theme “we’re a culture, not a costume.” It consisted of a series of portraits, each subject posing with a photo of a racial or ethnic stereotype of their culture as a Halloween costume. Stereotypes included geishas, terrorists and native warriors, illustrating the importance of respect and understanding that someone else’s ancestry and lifestyle is not to be mocked.

In contrast, Ernesto Ruiz, whose family comes from Cartagena, Colombia, finds Latino costumes humorous, and doesn’t mind them. The 24-year-old business administration student at Algonquin College is considering dressing as Cholula hot sauce, one of Mexico’s most popular hot sauces, as a way to curb the stigma.

“Costumes are meant to be fun and resembling of something so there’s no reason why you can’t look like a Mexican dancer, or a Spanish conquistador or El Chapo, the Mexican drug lord,” said Ruiz. “As a Spanish person in a mostly Canadian society we need to be welcoming of people trying to be different and doing different things without being offended by it.”

While not everyone may be bothered by it, turning someone’s heritage into a caricature that perpetuates historical mockery and trivialization doesn’t encourage social change.

“If a white person were to dress in a sari and go out for Halloween some people may take offence to that because it’s not a costume, it’s part of their culture,” said Cristina Giamberardino, 22, who is both Italian and Indian. “Or the stereotypical Italian, like Jersey Shore, where they dress and talk with a ridiculous accent. But really, that’s not how Italians are.”

Giamberardino, a recent Carleton graduate, believes the number of offensive costumes has declined in recent years due to changes in society’s views of race, faith and culture, but there’s still work to be done.

The key to a great Halloween costume lies in the creativity and thought put into it. Whether making your own or picking one up at the store, being mindful of others shouldn’t stop you from winning best costume at whatever party you end up at.