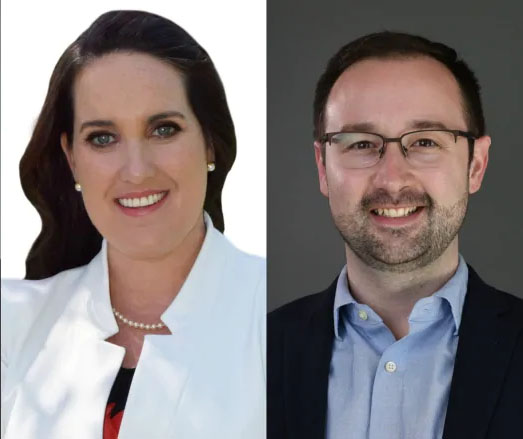 Councillor Rick Chiarelli did not show up to the College ward debate on Sept. 27 at the Westcliffe Estates Community Centre.

Jenny Linton, a representative for Chiarelli’s campaign, came forward to explain why he was unable to attend.

“Thank you everybody for your interest, as a fellow Bells Corners resident and one who had achieved many successes in Bells Corners over the last four years I wanted to be here,” said Linton as she read Chiarelli’s message. “Tonight, I have a committee meeting at City Hall at which I am on the agenda to give a presentation and also to deal with the annual report with the committee.”

Both candidates are running on the ideas that the city needs a new perspective by electing a new councillor.

Despite the similarities in their campaigns, the goals they would focus on first differ.

Kennery explained that his biggest focus was to help people view their problems through better communication so they can create a city where everyone feels like they belong.

“Folks feel like they have been left behind,” said Kennery. “We need to help them, help build people up, but we still have a lot farther to go.”

On the other side, Emilie Coyle’s main concern is affordable housing in the city. She explained that her plan is to make sure that for every new development in the city they will add a minimum of rental units with it.

“If you run the city like you run a business you’ll run into trouble,” said Coyle.

Coyle explained that there needs to be more housing options because there are so many people who are under-housed, over-housed or paying more than they can afford.

“I think what separates us [Ryan] is the depth of experience that I bring,” said Coyle. “I have been working professionally in communities for twenty years – and I’m a lawyer – I’ve been advocating on various different levels.”

Video interviews with each of the College ward candidates on issues of specific interest to Algonquin students can be found here.