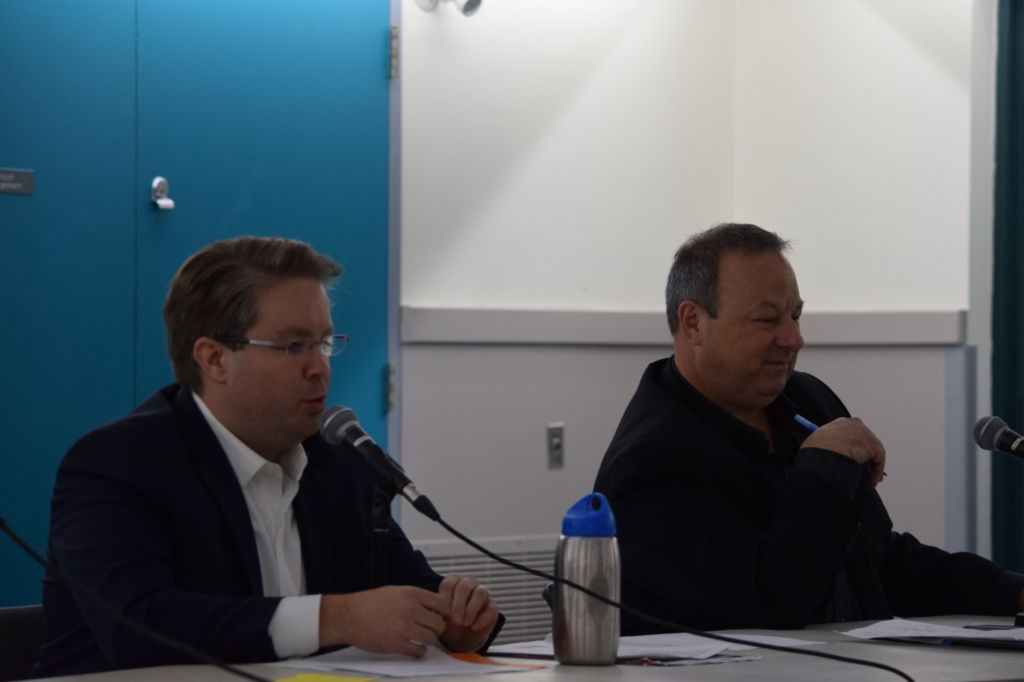 The solution to the student housing crisis, and to put an end to bunkhouses, is to stop the growth of Ottawa University says Mathieu Fleury, incumbent for Rideau-Vanier, Ward 12.

Residents in the area showed their ongoing concern for the bunkhouses that have continued to spring up in the Sandy Hill neighbourhood, among other issues like transit, accessibility and, of course, taxes.

With nearly 150 residents attending Oct. 4 event, student housing emerged as an ongoing issue in the neighbourhoods surrounding UOttawa — and has been for many years. Specifically, residents want a solution to bunkhouses, something by-laws and planning have been unable to eliminate.

Fleury, was specific about how he hoped to solve the problem.

“The University of Ottawa has gotten too big. It impacts the student and it impacts the community,” explained Fleury, when asked about his comment after the debate. “I grew up in the neighbourhood, and when you see a university just grow to balance the budgets it puts the education at risk. And it has had major impacts on Sandy Hill.

“The way to ensure the diversity at this point is to freeze the growth, to make sure that all students who want to live on campus have university residences on campus,” said Fleury. “The city and the residents have no issue with this, its not an anti-student movement, it’s to say ‘no we embrace students they are the vibrancy of our community.”

Neither Thierry Harris or Matt Lowe shared Fleury’s view on freezing growth at Ottawa U.

“I think that was a very poor judgement call on his part,” said Harris. “I think that Ottawa U has to pay for housing. The students have a right to affordable housing, period. This is a big city; there are lots of areas where you can live.

“But if you don’t have good public transportation then you’re not going to want to live far away from the university,” continued Harris. “Especially in the cold winter which Ottawa is known for, with slippery sidewalks. And a dangerous crime rate that is 3.5 times higher, in terms of violent crime, in our community than any where else. So, let’s work on all those projects, instead of what my opponent said which is not acceptable whatsoever.”

Local resident Christine Crowther made it clear that the community doesn’t have a problem with students, but the system in which landlords are able to fill rental properties to the brim.

“We like having students,” said Christine Crowther, local Sandy Hill resident and Carleton University professor, “it’s the slum landlords” that are the problem.