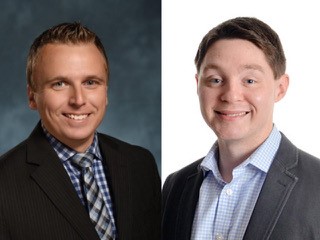 Poor road conditions in the Rideau-Goulbourn ward was among the major issues debated at the all-candidates debate in Richmond on Sept. 19.

Following an emotional question from a resident about the possible correlation between fatal collisions in the area and the conditions of their streets, the two candidates weighed in on what is being done and what could be done in the future to address this.

The incumbent, Scott Moffatt, acknowledged that Fallowfield and other roads in rural communities need work, but emphasized that this has and always will be a priority.

According to him, 30 per cent of all road spending for the city of Ottawa is spent in the rural area.

“The roads money has been increased every single year for the past six years and will continue to be increased,” he said. “In this term of council alone, we have spent over $40 million in just Rideau-Goulbourn on road renewal.”

David Brown, Moffatt’s opponent and former employee, feels that 30 per cent is not enough to meet rural needs and is calling for change.

“In 2017, city staff released a report indicating that 75 per cent of Ottawa’s roads needed some kind of repair and that is due to the fact that the city is running a $70 million deficit,” he said. “I don’t think it’s reasonable or responsible to have this infrastructure funding gap.”

In his view, this deficit can be addressed by taking money from the federal Gas Tax Fund and putting it directly towards resurfacing the roads that rural residents are concerned about.

According to Moffatt, the federal Gas Tax Fund was introduced through a motion in 2005 and it has never been in the roads budget. The money has always been directed towards transit and he doesn’t see that changing, but he doesn’t view this as an issue.

The municipal election for the city of Ottawa will take place on Oct. 22.