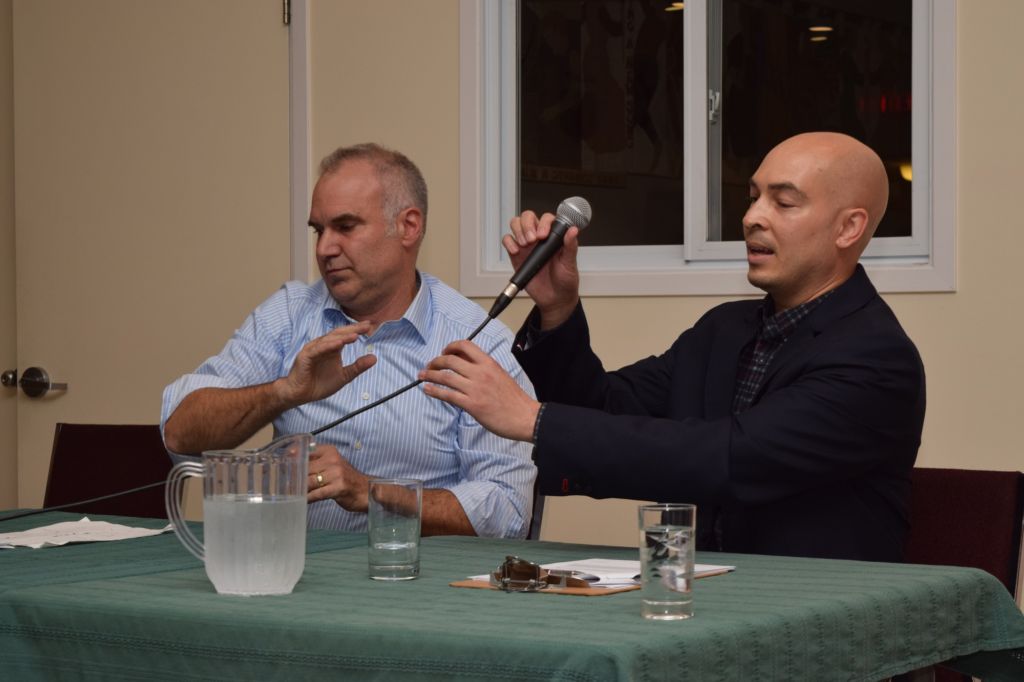 Climate change made its way into the civic election debate Oct. 9, with candidates in the Rideau-Rockcliffe ward offering views on what needs to be done locally to address the global problem.

“We have to decarbonize completely by 2050 as a planet,” said Nussbaum at one point in the debate. This will require bold and ambitious political leadership and a public that demands this from their government.

Nussbaum highlighted the building of new communities, transportation, and the buildings we live and work in as a focus for reducing carbon emissions.

“There’s a lot that we can do to make a difference in the environment,” said Heyck explaining that it has to start with cities because Queen’s Park will not be taking the initiative on climate change issues.

He expressed hope that through this meeting, candidates will be better equipped to represent their communities and push for what is necessary but not being done right now.

Ecology Ottawa organized the event with the support of the New Edinburgh Community Alliance, the Lindenlea Community Association, and the Council of Canadians local chapter.

Jorge Sorger, a volunteer with Ecology Ottawa, opened the event repeating a statement released by the government earlier this week, warning that if we do not stop using fossil fuels and start addressing greenhouse gases we are in for a catastrophe.