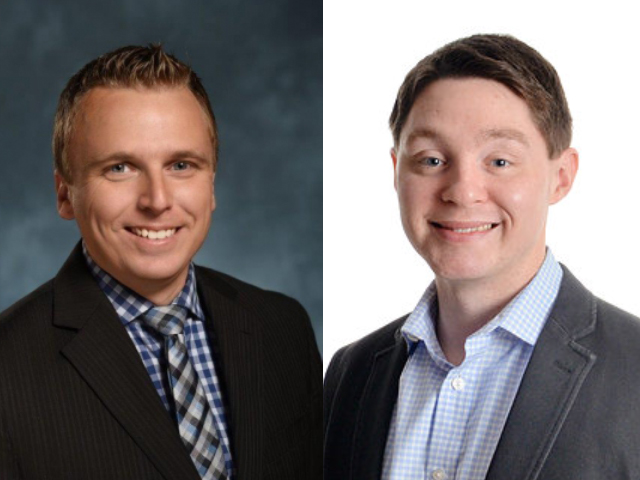 Rideau-Goulbourn residents had the chance to get to know their candidates before the upcoming municipal election during a candidate debate on Sept. 19.

Incumbent Scott Moffatt was first elected in 2010 and again in 2014. His only competition is David Brown, his former employee of over two year and president of Richmond Agricultural Society.

For two hours, hall A in Richmond Memorial Community Centre was open to residents’ questions. Four topics were of primary concern. They were roads, infrastructure, transit and garbage collection.

An emotional resident raised the question of roads in the area, specifically, Fallowfield Road. Both candidates shared their thoughts of how to handle road conditions going forward.

Moffatt acknowledged the deteriorating conditions of local roads but dismissed that it played a factor in past fatal accidents. He said 30 per cent of Ottawa’s road budget is spent in rural areas with increased funding every year.

Brown said that 30 per cent is not enough to meet the ward’s needs and urges change.

One resident asked why it takes so long for new infrastructure to be developed compared to other wards, directly referring to a new crosswalk on Longfields Drive in Barrhaven.

Brown expressed his belief that traffic lights and pedestrian crossings should be implemented before new developments are built.

Moffatt agreed, adding that the pedestrian crossing in Barrhaven in question is “the biggest waste of money in the city.”

OC Transpo bus 283 is an express line that goes straight downtown from Richmond. Though the bus line is convenient and eco-friendly, residents are disappointed in the unreliability of the 283.

Moffatt defended bi-weekly garbage collection in an effort to prolong the life of the city’s landfill.

Brown suggested there could be an alternative to the waste management system, nodding towards incineration.

Despite the support of Brown’s proposed solutions, Moffatt insisted that landfill alternatives are too expensive, have not had success in the past and would result in almost double garbage collection fees.

Both candidates expressed that they are both ready to listen and are dedicated to acting as their community voice if elected.