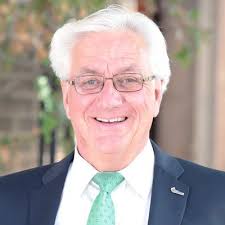 It was more of a platform presentation than debate Oct. 3 as Jerry Kovacs was the only one to show up of four candidates contesting incumbent Catherine McKenney’s seat for the Somerset ward.

The Polish Cordanats Association, as well as residents, asked Kovacs to weigh in on everything from his position on financial administration and public transportation to development and recycling.

This is most likely the only debate to happen for the Somerset ward for this term.

Kovacs is a municipal and general lawyer, specializing in non-profit development clientele.

One of the main issues concerned voters were repeatedly bringing up during the event is affordable housing. The wait is far too long for someone to get the housing they need.

“At the present rate, it is 100 years,” said Kovacs, with a reply of laughter. “During the past four years, we have built 100 affordable housing units in the Somerset ward. That’s 25 a year, or two a month — with 2,000 still on the waiting list.”

Along with this, Kovacs expressed uneasiness as a Somerset resident raised the 65-55 storey apartments about to begin construction on Albert Street.

In particular, Kovacs zeroed in on the new apartment’s safety. He said he had previously spoke with firefighters on the topic of how they assist people in tall apartment buildings. With their ladders only reaching eight stories high, they can’t do anything to help those living in the stories above that level.

He stated that the rest of the residents have to trek down the stairs, of perhaps up to 65 stories, which is a major concern to him.

Kovacs believes that the most important part of affordable housing is having a partnership between all levels of government, including the private and public sectors.

The second most important thing is the need to refer to the urban block.

He recommends changing the seating arrangement for city councillors so that they aren’t sitting beside the same person for four years. This way the same city council members aren’t having side-bar conversations or looking at their cell phones while council meeting is going on.

That lack of interest was reflected at the meeting. What does it say about the other candidates who didn’t show?

Some attendees expressed their severe concern with the lack of enthusiasm from them. Since Kovacs was the only member of the candidates to show up for the debate, it doesn’t favour of the other three.

While Catherine McKenney sent an email indicating that she had a previously scheduled speech for a community organization, candidate Arthur David withdrew from the debate and Merdod Zopyrus did not respond when invited.