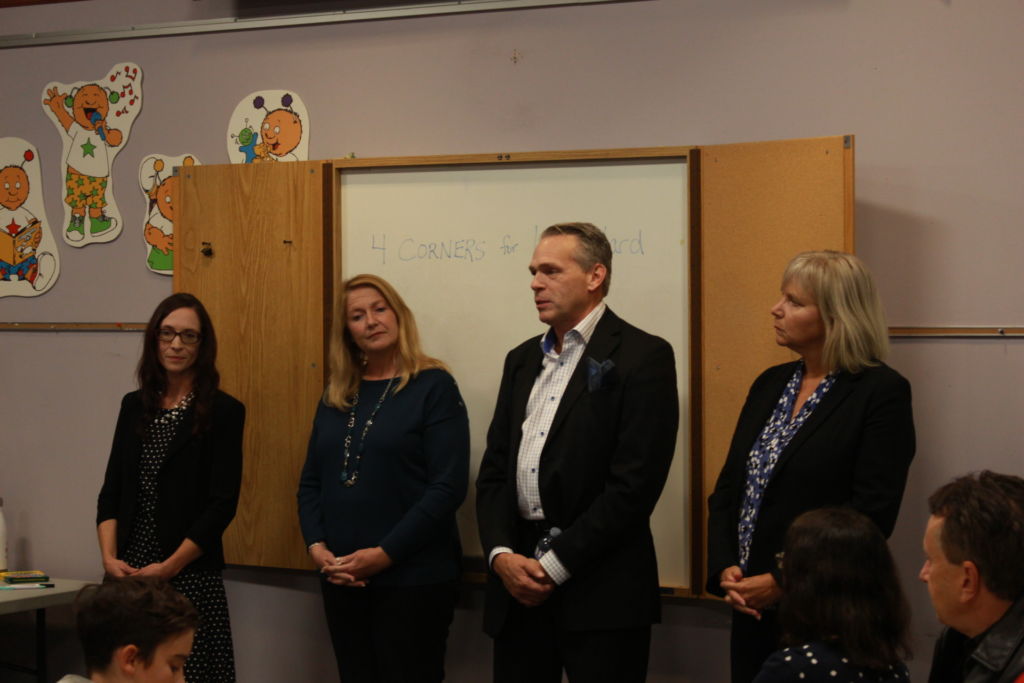 About 65 Innes ward residents piled into the Orléans library Oct. 3 night to discuss topical issues with the four candidates running in the municipal election.

The race is wide open after incumbent councillor Jody Mitic stepped down. Laura Dudas, François Trépanier, Donna Leith-Gudbranson and Tammy Lynch are all vying to fill that empty spot.

The evening format differed from the more traditional candidates debate; there were four tables set up where a group of 15 people could ask the councillors questions based on the topic of that table. Those included economic development, transportation and road safety, environment and waste management and zoning and development.

At that table, residents expressed their concerns on affordable housing around Orléans.

“The city has allowed developers to be in the driver’s seat for way too long,” said candidate Laura Dudas. The city should plan the development with different levels of affordable housing, she maintained.

Orléans residents were also interested in the new LRT system and how that would benefit people who live in the east end.

Residents who work farther than downtown and in Québec are annoyed by the choppy commute they would have to take with multiple buses and LRT. Residents would take a bus to Blair station then get on the LRT to then have it stop at Tunney’s Pasture and get on another bus there to finish their commute.

Candidate Tammy Lynch spoke with residents about the new LRT system and compared it to the GO train system near Toronto. One resident pointed out, however, that the GO train is well designed with ample parking space around all the stations. They agreed they didn’t like the fragmented development of LRT.

Another concern was the number of stairs at the LRT stations and how that would affect accessibility for people who need elevators.

When candidate François Trépanier was seated at the economic and development growth table he addressed the residents’ concerns about the lack of businesses in Orléans. Over the past few years businesses have either left Orléans to go to the west end or downtown or are just not concerned with starting their business here at all.

Trépanier said Orléans needs more jobs that will bring long-term economic growth, and that he is willing to take action.

Trépanier also addressed St. Joseph Boulevard and how fixing up the roads and putting in new lights might make it more attractive to entrepreneurs and pedestrians.

Other concerns that were discussed included increased speeding along Forest Valley Drive and the number of cars increasing on that road. Improving recycling initiatives and more education being taught on waste management were also discussed.

Voting begins on Oct. 22 but there is also early bird voting that starts Oct. 4 and extends to Oct. 6 at six different locations throughout the city.