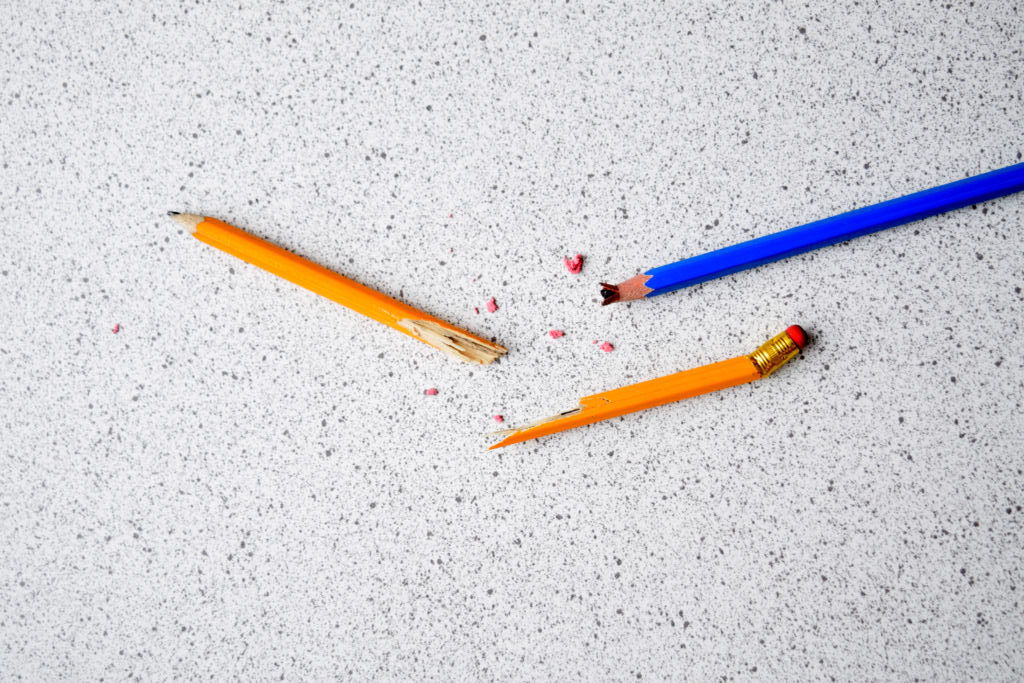 How alternative education can influence individual development inside and outside the classroom.

A foosball table, chess boards, orange couches and a full kitchen, complete with stove and stocked refrigerator. Not things you ordinarily find in a classroom. But Cedar Ridge High School in Bridlewood is far from ordinary: It’s one of a select few institutions in the country that offers grades 9 to 12 in a Montessori curriculum.

Early childhood education, as much as parenting and demographics, will inevitably influence and shape who we become as autonomous adults. Social skills, general interests, core values – it all starts in the classroom.

This fall as thousands of kids go back to school, thousands of parents will enrol their children in kindergarten or primary education for the first time. The season is accompanied by a looming question for parents: Which school do they pick? It’s an important choice, one that will affect the course of a child’s future.

But some students have slightly different memories of elementary school. Whether it was homeschooling, uniform-clad private institutes or, in my case, the nearly-structureless adventure of Montessori school.

I attended Kanata Montessori School (KMS) in Ottawa from “Casa 2” (what most will know as junior kindergarten) until Grade 6, age four until 11. My typical class was of about 30 to 40 students in a three-grade split. Having multiple age groups together in a single classroom is a cornerstone of Montessori’s educational philosophy. It gets its name from Italian physician and scientist Dr. Maria Montessori, who opened the first school bearing her name in Rome, 1907.

According to the American Montessori Society, the philosophy fosters the child’s natural desire to learn and initiate their own learning. In essence, it’s all about creating a supportive environment where the student is able to choose the path of their own learning. There are around 500 Montessori schools in Canada, accounting for a small percentage of some 22,000 worldwide.

Going through Grades 1 to 6, our classroom environment was set up very differently: large blocks of free work time, where the student chooses which assignments to complete and when, were punctuated with specific lessons taught to individual grade groups gathered at the teacher’s desk. Instead of individual desks, there were large tables encouraging students to sit with older peers for assistance. There was never an assigned seat. In many ways, it is an idyllic way to learn.

Even though the consistency and duration of my Montessori experience, I think, gave me some skills I may not have developed in public education, I feel it may have influenced the development of my personality. This, in turn, may have impacted my study habits through high school and into post-secondary.

From daycare until Grade 3, third-year Ottawa University biomedical science student Mohan Rakesh attended KMS for seven years. Rakesh recalls the transition into public school in fourth grade being strange for him. It felt like everything in the classroom was happening at a slower pace than he was used to. When he got to high school, he began skipping class and learning course material on his own at home. He continued this in his first year at university. Rakesh would routinely look at his course syllabus and figure out which assignments he could skip, and still maintain a desired GPA. 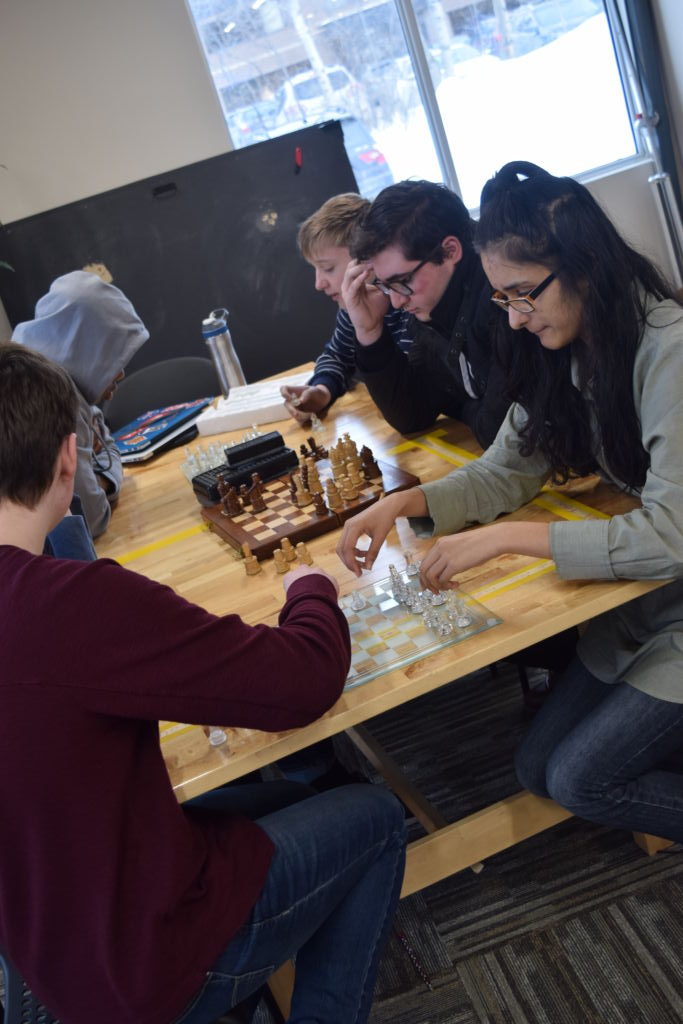 Montessori’s philosophy on education is a large step away form the methods used in public schools. Public schools follow a rigid schedule. While at Montessori schools, students have more freedom in how they spend school hours.

“I never really fixed it, but it didn’t matter,” he says. Although Rakesh can’t say for certain his Montessori beginnings made university more difficult, he admits there may be a correlation.

“I may have always been a little weird and Montessori made it worse, but I think [those habits] would still be there even if I went to public school,” he says. “I can’t learn at someone else’s pace, I have to be 100 per cent dialed in and if the person is going too slow I always get distracted.”

For this reason, Rakesh prefers to watch recorded lectures at home, instead of sitting in them.

In 2015, KMS opened a separate campus across the street to house Cedar Ridge High School – a Montessori environment hosting Grades 9 through 12. The building has an upstairs study space, one downstairs common area and a handful of smaller private rooms where lessons are delivered. The school offers 60 courses to about 45 students year-to-year meaning lessons are often delivered one-on-one.

The students love Montessori’s sense of community. According to grade 11 student Patrick Watson, with everyone in one shared space it’s impossible to form social cliques or be exclusive – you’re simply forced to work and socialize with everyone at some point. Watson came to Cedar Ridge against his own accord after struggling in Grade 9. He is now thriving at Montessori.

“The whole vibe of the school promotes responsibility,” Watson says. “They teach you how to be people.” He says he wouldn’t go back to public school given the choice, except maybe to socialize.

The social aspect is the only thing Grade 12 student Lauren Walker misses about All Saints Catholic High School, where she spent Grades 9 and 10. Although she feels her social life may have been negatively impacted outside of school, her friends from Montessori are more genuine. Although, both students admit that their class still experiences its fair share of drama. “It’s still high school here even though it’s a different environment,” she says.

Walker has been accepted to multiple universities and says her teachers at Cedar Ridge helped her explore options like early acceptance she wouldn’t have previously considered. Excited to start university in the fall, Walker feels confident she has the skills to succeed, despite her very unusual high school experience.

With the exception of a more limited social landscape, neither student feels that Montessori is doing them any disservice. 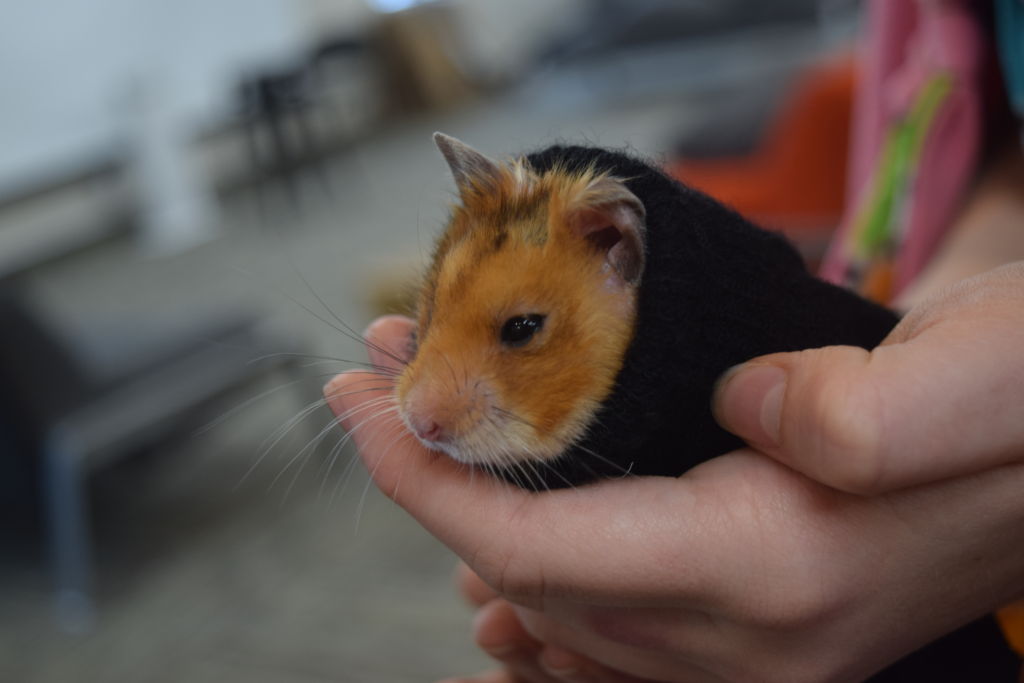 During free time the students are encouraged to have “anything but screen” time. Students can play chess, foosball or hang out with the class hamster among other things.

It seems alternative education isn’t exclusively to blame for bad study habits. In fact, for some individuals it may be a better way to get through the emotional trauma of high school. But being in that environment for so long during formative years may very well impact your adult personality.

Jonathan Robinson has been principal of KMS since 1998. Before that, he worked in public elementary and high school, special education and as a university professor. He says it’s common for any alternative education student to have difficulty transitioning into public education. In his opinion, the public stream simply can’t do enough to support the student’s desire to learn, leaving some students burnt out by the end of high school. “I think education has a lot to answer for because it in many ways does not meet the needs of students,” he says.

Robinson has worked with pupils aged three to 30 across eastern Canada in his career. So far, as the long-run impacts of having a diverse educational background go, there are definitely differences that can been seen in adult life, but overall he thinks that’s a good thing.

“It’s invaluable, and I think it does give you an anchor however your life unfolds. That foundation, I believe, makes a huge difference,” he says of the Montessori experience.

He agreed candidly that some individual personalities aren’t suited to unstructured learning environments. Although he says it’s a rarity, Robinson has had students he recommended leave Montessori.

“Some students need a lot more structure than we would normally give them. Not every child is self-motivated and not every child understands what they want to learn.”