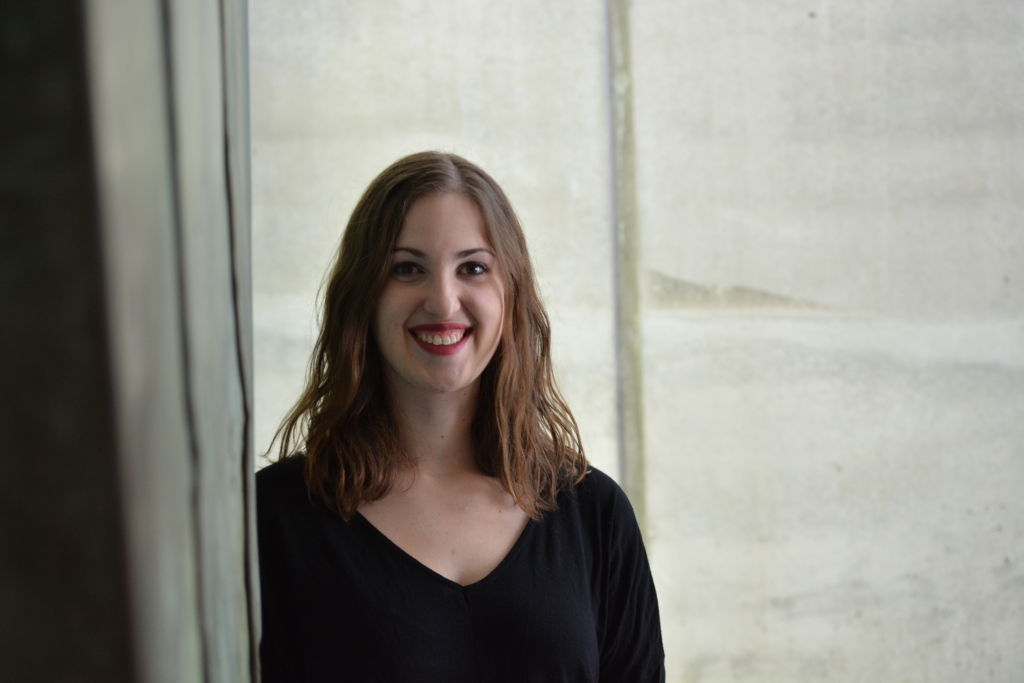 If you want to succeed in a career – we mean, really succeed – work hard and don’t budge. Here’s how these tenacious students made it.

Sarafina Pagnotta stands in the lobby of the Canadian War Museum, her attention suddenly grabbed by a group of visiting students. “It’s not usually this busy on a Wednesday morning,” she says.

But Pagnotta isn’t bothered. After all, it was on a school trip when her desire to work at the museum first sparked. “I was fascinated by the winding hallways of the gallery spaces and the amount of knowledge that’s held both in the exhibitions and the collections,” says Pagnotta.

Pagnotta, 23, is in her second year of graduate studies at Carleton University in art history with a concurrent diploma in curatorial studies. In 2016, she graduated from her undergrad in history and religious studies at the University of Ottawa and during summer 2017, completed an internship at the war museum. There, she worked on exhibitions as a curatorial assistant and was credited as co-curator of a banner exhibition that displayed in Stockholm.

“I was able to learn the inner workings of the museum and follow the development of exhibitions from beginning to end,” says Pagnotta. “It was amazing practical experience, and just further confirmed that I’m on the right path.”

Many students are uncertain of what they want to do. But some, like Pagnotta, found their niche unexpectedly – and stayed with it. While it’s common for students on the path from high school to post-secondary to weave between career dreams and aspirations, others don’t budge. In Pagnotta’s case, the road has been simultaneously smooth and rough. While she’s known what she wants for some time, the fear of the unknown still sinks in from time to time.

“Some of my friends have told me they’re envious that I figured out what I wanted to do at such a young age and, most of the time, it is a blessing,” says Pagnotta. “But because I’ve been working toward this goal for so long, the possibility that it might never happen, or at least not happen in the way I’ve planned, is extremely daunting.”

Pagnotta plans to continue studying, then perform research at various institutions. She hopes to eventually return to the place that “sparked her passion for Canadian history” and, perhaps, spark that passion for another generation. “I want to work at developing exhibitions that will hopefully have the same impact on some other 13-year-old that they had on me.”

A personal experience is what led Hunter Grad to pursue his field, too. Grad was in a serious snowboarding accident when he was a young teen, which led him to the ER. Now, five years later, the 19-year-old Carleton University biomedical sciences student wants to give back. “It would be really great to help people like I was helped,” says Grad.

Like Grad, an experience as a patient is what brought Karissa Brazier to her field, too. The 22-year-old Algonquin College dental hygienist grad wanted to work in dental health after her childhood visits to her aunt’s dental office. “I knew I wanted to be in the health field and I enjoyed being at the dentist so I felt that was a good fit,” says Brazier, who’s been working as a dental hygienist in Muskoka Valley since receiving her accreditation in July 2017.

Although she always knew she wanted to be a dental hygienist, Brazier had her challenges during college. One of her biggest hurdles was the practical evaluations she had to go through, because of how critical they could be. “When it got really hard,” she says, “I had doubts if I wanted to finish it or not. I thought, ‘this is too hard, I’m going to fail.’ My family and friends were the only thing that got me through that.”

And with persistence and hard work, Brazier got through it. Practicing persistence is one of the most important things for young professionals to keep in mind, according to David Hall, cooperative education manager at Algonquin College. “If you don’t get your dream job or you’re not where you want to be, think of it as a stepping stone,” says Hall. “Our students who are persistent are the ones who succeed.”

Hall encourages students to be open-minded when applying for jobs. The students he works with are usually set on working in their fields, but the ones who end up employed are the ones who are also open to testing the waters of jobs within the field.

“A career isn’t one thing where you can find your apex,” says Hall. “One thing always leads to the next and sometimes you just never know what the next is.”