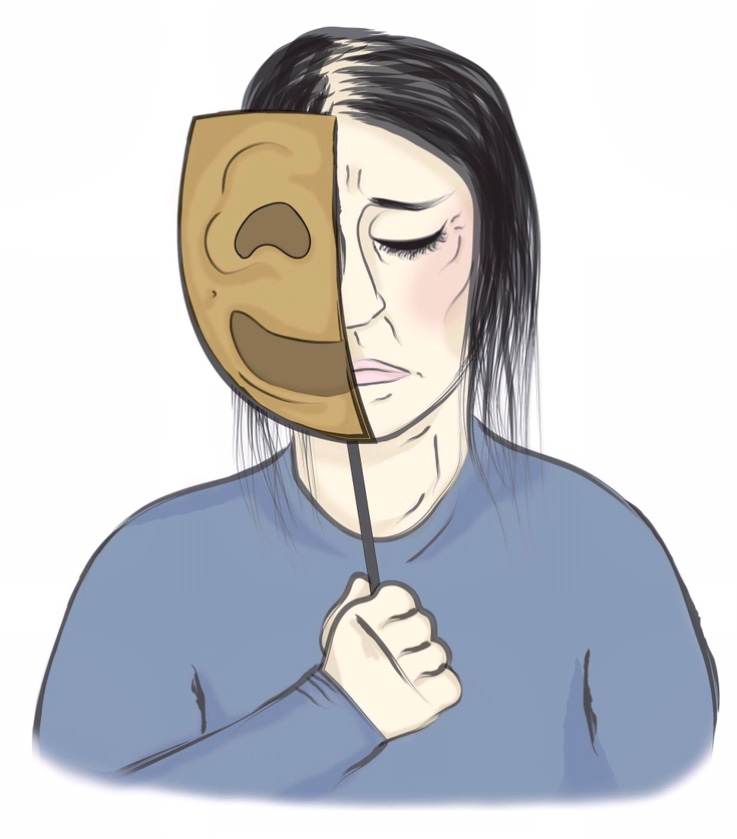 Three years ago, my mom’s mental illness pushed her to her worst. I didn’t know how bad it was until that moment holding her hand.

I sat on my bed cramming to do my grade 11 homework, not knowing I would never end up handing it in. My mom, Tara, yelled to me from another room that she was going to take a nap, much like any other day. I knew my mom wasn’t happy, but she definitely hid the severity of her illness from us. I wanted to believe she was just going through a hard time and needed some space. When in reality, space was the last thing she needed.

My dad, Darren, was visiting a friend and my sister was spending the day elsewhere. I was pretty happy that the house would be quiet for me to finish this homework I thought I’d never get done. Then my cell phone rang and I was slightly annoyed that yet another interruption was underway. It was my dad.

“Hello?” I didn’t say much else. I had no idea what else I could possibly say. It was a short conversation. Not really a conversation at all. As soon as he started talking I could immediately hear the slight panic in his voice that he was unable to hide from me.

As I’m writing this, now 19-years-old and in my second year at Algonquin College, I sit in the exact spot I did in February 2015. The same spot I sat in when my dad told me my mom was texting him some “off” things. The same spot I found out my mom had taken a handful of pills. The exact spot I sat in for the next three days as I waited for my mom to return home from the Mental Health Centre of the Brockville General Hospital. Physically, she was okay. Mentally, not so much.

I faced a situation I never thought could happen. I was scared and had no idea what to do. Three years ago, I was the one isolating myself. Three years later, I still am. But I am on my way. I am taking baby steps forward. I decided to talk to others, write my story and in doing so, I learned some things. Now I’m ready to share.

My sister, Ashley, was the only person that I even somewhat talked to about this until now. As someone who doesn’t like to talk about what upsets me, even with her, I probably didn’t open up as much as I could have. 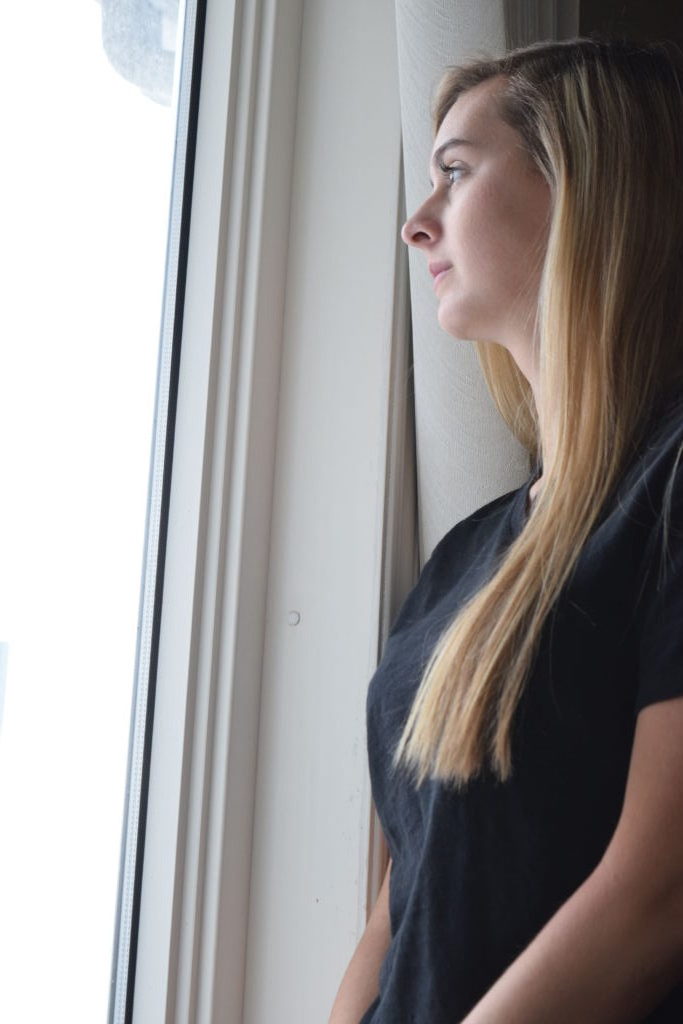 As we got older and realized that maybe everything wasn’t okay, Ashley always perfectly played the role of the older sister reassuring me that everything would be fine. Even that day, I admired her strength and only wished I could mirror it. Little did I know she was hiding that she was struggling with it for my sake. I only realized this months later.

Much like me, she was too young to notice when it started. Growing up we never really realized something was wrong because it was kind of the norm for my mother. It was how she always was in our eyes. We thought it was her personality.

“As I got older, I started to realize that mental illnesses affect almost everybody,” she says. “But I never thought it would go as far as it did for us. I never worried about anything until that day.” We both had a hard time understanding why it all happened.

I met with Maria Taylor, a counsellor at Algonquin College. According to her, the effects of parental mental illness are unique to everyone. However, it is quite common for her to find that family issues will come up in conversation with a lot of students experiencing their own mental health illnesses.

“Everything comes from something,” she says. “Often that something relates to how they were raised and what the student was exposed to.”

I for one have had parental mental health issues impact my life in a huge way. Yet I have never been able to express my feelings about it, nor was I shown how to handle such a serious situation. Maybe if I had, I would have been able to help my Mom before her depression pushed her to her worst. Maybe the day she tried to take her own life with just me in the house would have never happened.

According to Friends for Mental Health, an organization working with families facing mental illness, children will often withdraw and isolate themselves. When a child is faced with these situations and has not yet learned the appropriate way to cope and deal with them, a number of problems may arise.

I am certainly not the only one stuck in a situation I never thought I’d have to face. *Amanda Smith studies at Algonquin College. Her father has been fighting depression for about five years now. At first, she didn’t understand why her father’s moods would change so drastically. She noticed it affecting her entire household. As years passed, she now understands why things have changed but finds herself worrying about her father everyday.

“We always expect our parents to be strong but they’re humans too. I never expected my dad to go through something like this,” she says. “We just need to support them just as much as they’ve supported us.”

Much like my mom, Smith’s father has periods that are worse than others. On a daily basis, she does her absolute best to cope and try and help in any way she can.

That day still replays in my head continuously. Although I have watched my mom’s mental health improve more than I ever thought was possible after that day, I don’t think I could ever forget it.

This is exactly how Ariana Elizabeth feels about her list of memories. She currently studies fine arts at St. Lawrence College. Her mother has struggled with bipolar disorder for longer than Elizabeth has been alive. She remembers specific things from when she was only six years old.

“Mental health affects more than just the person with an illness,” she says. “I understand it more now that I’m older, but it doesn’t make things easier.”

As much as these experiences still affect me on a daily basis, I don’t think it should be something people are afraid to talk about. Deciding to write this story was probably the first time I have actually acknowledged out loud what happened. It’s probably also the first time I had even expressed how I felt to my Mom. Just that made me realize it isn’t something I should shy away from.

My Mom is aware I am writing this story. When I first brought the idea up to her, she seemed mainly concerned about the reaction of others. She still seems to go back and forth between this and being open to sharing her story. She is not embarrassed about what she went through, which is why she decided she is okay with this.

I asked her if she could read my story and give me her initial thoughts. Here is what she had to say: “I have days where it’s hard to visualize that my brain was where it was. I have other days where it feels like it was just yesterday. Looking back, I know that I did everything in my power to try and hide it from you guys, but now I don’t feel that it was the right thing to do. But I don’t know if the alternative would have been better or worse. I just felt a guilt as a Mom that I wasn’t mentally there for you guys. I just couldn’t function.”

Second-hand mental health is very real. It happened to me. It’s still happening.

*Names have been changed

According to Stats Canada, it is estimated that 1 in 5 Canadians will experience a mental illness throughout their lifetime. If you or a loved one are suffering, help is out there.