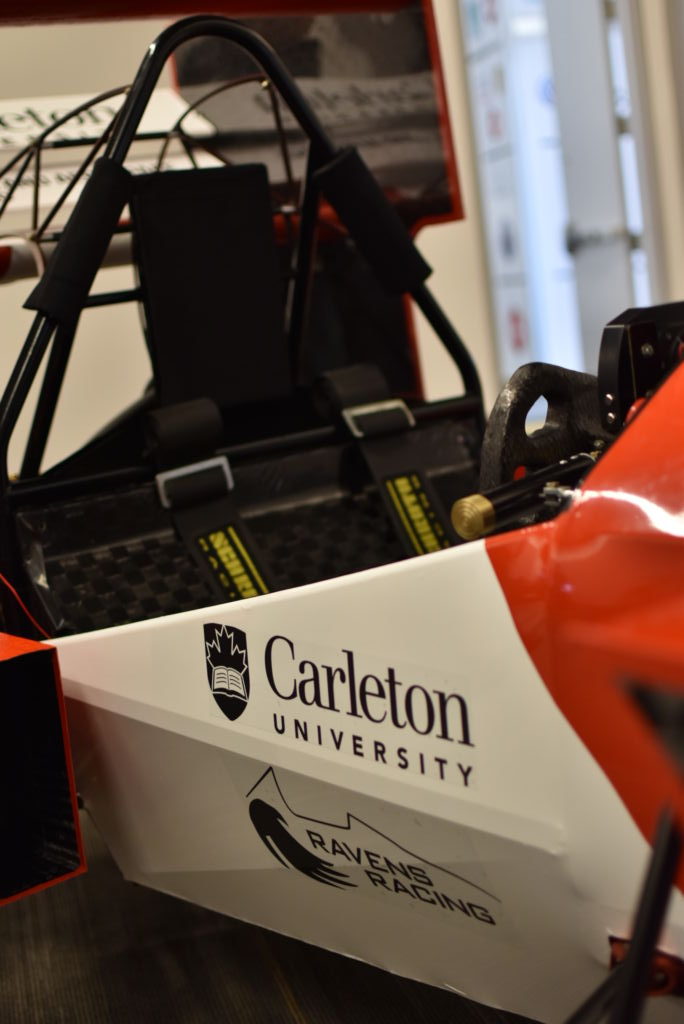 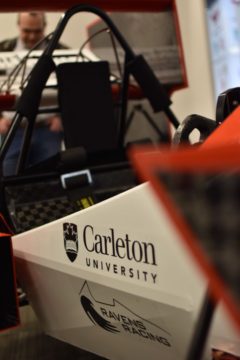 They may be rookies among a sea of high-performance Lamborghinis and Audis, but the mechanical engineering students at the University of Ottawa and Carleton University know exactly what they are up against.

The two racing teams have set up shop at this years Ottawa-Gatineau Auto Show at the Shaw Center this weekend, putting on display their latest creations with one goal – to outrun nearly 120 international teams with their Formula-style race cars.

“Every year we build a new car from scratch,” says Christopher Thistle, a mechanical engineering student at the University of Ottawa. “The designing starts in September and we just start building from there.”

The cars they build undergo extensive testing to pass the Society of Automotive Engineers (SAE) rules, where they can then be enrolled in an international competition known as Formula SAE. The goal? To build a racer that will be evaluated on its potential in design, acceleration and endurance among many other autocross concepts.

“Our car takes us almost a year to really plan out,” says Thistle. “Three months to design and build and the rest of the time tweaking and adjusting so we are ready for the SAE competitions in June.”

With sponsors such as local businesses like Trackwerks, and even bigger enterprises like Pizza Pizza, it’s not difficult for their car to quickly develop a very clear, successful personality.

And this makes it hard for the U of O students to keep their accomplishments a secret at this year’s auto show: their biggest local competitors are just across the room – and they’re keeping a wary eye.

“We race against over one hundred international teams and they have some crazy builds,” says Vincent Li, a mechanical engineering student at Carleton University and team member with Ravens Racing. “But I’d say our biggest competition that is closer to us is the University of Ottawa racing teams. Some really good teams we have been up against are the University of Munich and Stuttgart.”

Ravens Racing has also been preparing for the 2018 races at Formula North.

“One of our sponsors [Calabogie Motorsport] has been letting us test our prototype vehicles at their race track,” says Li. “We’re also lucky enough to have the Motorsport Club of Ottawa let us join them in the summer for some more local testing.”

The Ravens Racing team doesn’t have much to fear, they’ve raced past the checkered flags hitting an overall fourth place in a 25 team competition during Formula North 2017.

“We wouldn’t be here without every single member of our team,” says Li. “We all have something we’ve put into this build and it’s so exciting to get ready to race. We are always looking for more members and sponsors to join the Ravens Racing team.”

Official prototype unveilings for the universities will be taking place on March 24 at 1 p.m. at the Ottawa-Gatineau Auto Show.