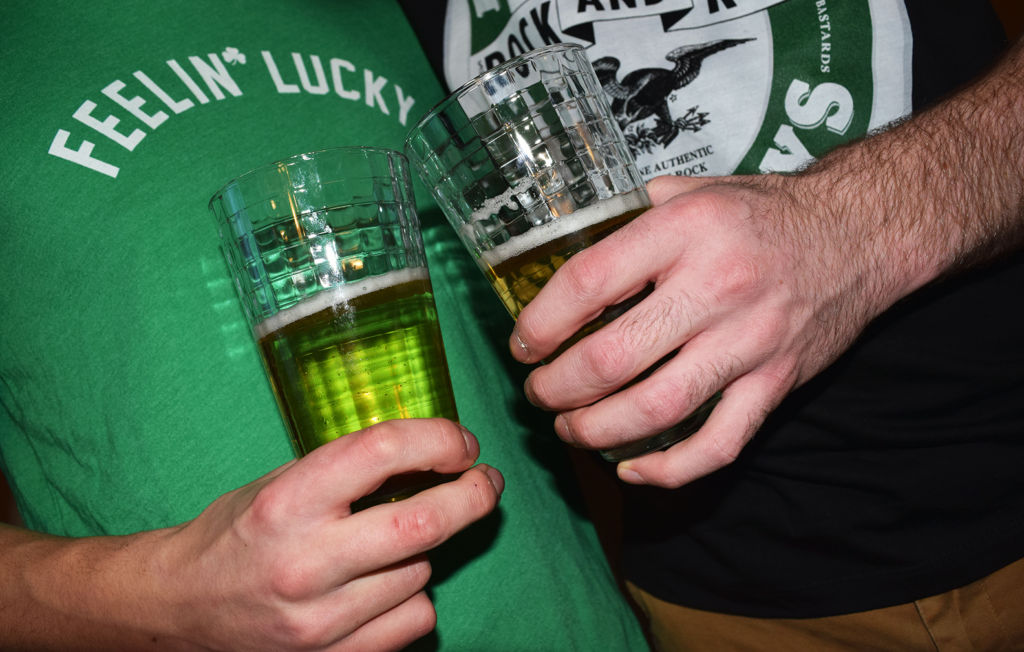 As students across Ottawa get prepared to dress in green from head-to-toe to celebrate St. Patrick’s day, some students are taking to the streets with a little more than just pints and parties on their mind.

For some, celebrating St. Patrick’s day is about appreciating their heritage and embracing their culture in a city that was built by generations of Irish men and women. After all, the Irish played a key role from in building the Rideau Canal. While it wasn’t used to host skaters and a BeaverTail stand at that time, it has become a cornerstone to Ottawa’s culture.

“I have Irish on both sides of my family,” says University of Ottawa student, Stephane Robitaille, 20. “So, I always like to go for a beer, listen to some Irish kind of music like Great Big Sea and just embrace the good times with family and my friends.”

Robitaille, like many students, has a French and Irish background. He grew up listening to Canadian-Irish bands, like Great Big Sea, but never really felt connected to the music until he learned more about his roots. Now, St. Patrick’s day feels like less of a college party and more like a celebration of family and friends.

In 1631, the church made March 17 a feast day to celebrate St. Patrick, the patron saint of Ireland. It was traditionally a day to celebrate what he had done for the church, and for Ireland, but by the 1700s it began to evolve into a bigger celebration and over centuries turned into the shamrock shenanigan it is now.

With a wide range of festivities planned around Ottawa, especially in the ByWard Market, it is easy to lose sight of why we’re wearing shamrock tattoos and floppy green hats in the first place. Traditional Irish pubs like Heart and Crown have planned a day full of everything Irish for anyone of legal age.

For Carleton engineering student, Thomas McMann, it’s events like this that focus on Irish tradition and heritage, that draw him out of the house on the greenest day of the year.

“I’m not a big fan of the scene downtown on days like St. Paddy’s,” says McMann, 22. “It never really made sense to me how someone can celebrate the day of the Irish surrounded by loud club music. You don’t really get the feeling that you’re celebrating because of St. Patrick’s day. It just feels like any other night with a bit more green around you.”

It’s no secret St. Paddy’s day has turned into a day of drinking activities. According to IrishCentral, about 11 million pints of Guinness are consumed on St. Patrick’s day every year. Everyone knows the Irish love their beer, but Algonquin college student, Peter Fingland, believes there’s a more meaningful sentiment behind the stereotype of beer-loving Irishman.

“Not everyone is drinking for the sake of drinking,” says Fingland. “It means more to me when you’re with friends close to you having drinks out of celebration. Sure, some people will go out and just be irresponsible about it, but I don’t think St. Patrick’s day is this drinking holiday necessarily. The beer is just one part of the celebration, like a ritual or tradition sort of thing.”

Whatever your plans are for St. Patrick’s day, students should take a second to raise a glass, green beer or not, to the reason the day of green began in the first place.