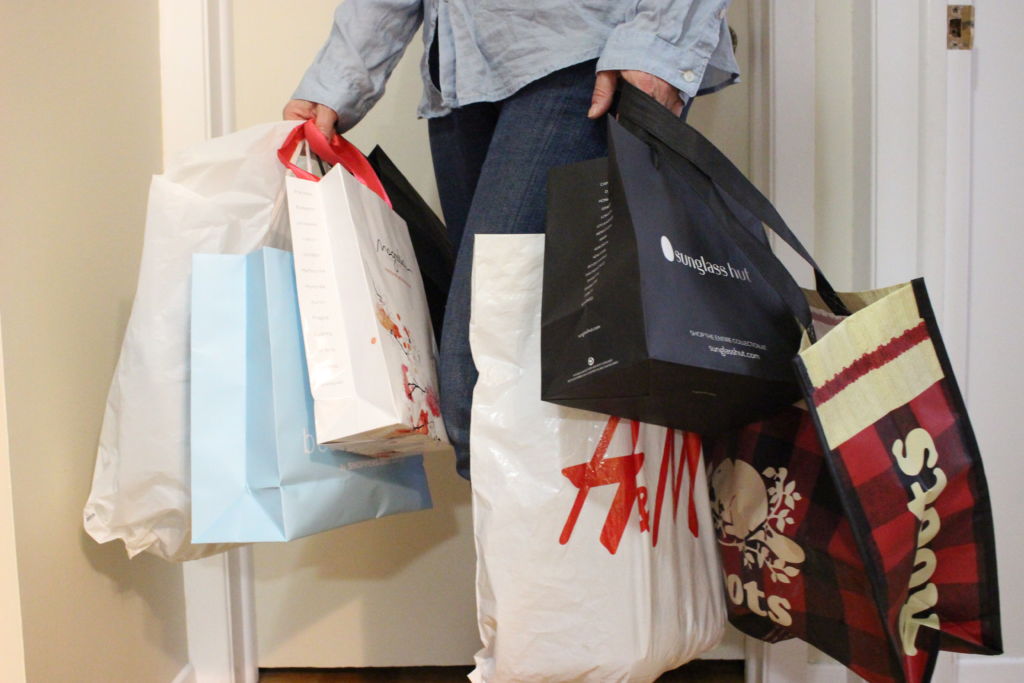 With the March break just around the corner, Ottawa will soon be flooded with high school students who have a week off school and free time on their hands. What better way to spend these chilly free days than the mall?

While a lot of postsecondary employees are still in classes during the day and finishing homework in the evenings, it is easy for a store to be understaffed during this peak week. With this dreaded time approaching, Glue spoke with three students about their retail horror stories.

Shannon Plunkett was working in an all female clothing store at and had been close to finishing her shift. She was working at the cash at the time, and three younger girls came up to her register be rung through. The girl she was serving was buying two bras and as Plunkett began to ring her through, she whispered to her friend that she wasn’t feeling well.

All of a sudden, the girl got a weird look on her face and repeated that she needed to go home.

“Her cheeks expanded and she reached to cover her mouth,” recalls Plunkett.

Plunkett immediately grabbed a bag from under the cash to give the girl and she began to throw up.

“She took the bag from me with both hands and puked into the bag. It began to leak all of the counter. She let go of the bag with one of her hands and it returned to its flattened shape, so when she puked again it went all over the counter and all over the bras she bought,” says Plunkett.

Plunkett, who was now surrounded by this girl and her puke, brought her into the staff bathroom where she began to throw up some more. After cleaning up the mess and returning to the cash, she noticed another manager had begun to finish her friends transactions and take care of the damaged bras.

The manager had told Plunkett that she would take care of the bras and send them to the place where damaged products go (to prove they are actually damaged).

However, about two months later, a coworker of Plunketts found a stapled bag under the cash. When they opened the bag, Plunkett had immediately recognized the two bras. It seemed as if that manager forgot, and left the bras in a place unnoticed.

Bridgette Aguilar was working at a shoe store that had just recently opened. Due to it being new inside the mall, it was gaining a lot of traffic. It was also around the holidays, so the store was always super crowded and busy.

The storage room was too small to contain all the shoes, so they had to put the men’s storage in the basement of the mall.

“We had to take a big industrial elevator to get downstairs and if it was left open on a different level we would have to leave the actual store and find another elevator,” says Aguilar.

Due to this inconvenience, it sometimes took the employee longer than the customer expected to get their shoes. However, it was the way the store and mall were set up so the manager and workers were unable to do anything.

During Black Friday and Boxing day, sharing the elevators to go down to the basement took even longer, as janitors would leave the doors open in order to move and transfer their equipment. Of course it was a frustrating scenario, but there was nothing to be done about it at the moment.

“We got yelled at a lot for our bad service and received a lot of threats,” says Aguilar.

She recalls customers being annoyed and taking it out on the workers, which caused a lot of tension. Aguilar remembers always feeling stressed or overwhelmed during this period, even though the issue was beyond her control.

Being left on read is one thing, being straight up ignored is another.

Lisa Sail was working in a clothing store as part time associate when a mother and daughter came into the store. Sail went to go say hello to the couple and welcome them into the store. She began to ask how they were, but the couple completely ignored her.

They walked right by her as if Sail said nothing.

“I’m a person. If you don’t want me to speak to you, you can say it. But completely ignoring my presence is rude,” says Sail.

Sail was only trying to be welcoming towards the mother and daughter.

A few minutes later the couple came back near Sail and were visibly looking for something. Sail offered to help, but the two customers pretended not to hear and didn’t bother to reply.

“These type of moments stick with you. We get a lot of people who say we attack them or don’t acknowledge us,” says Sail.