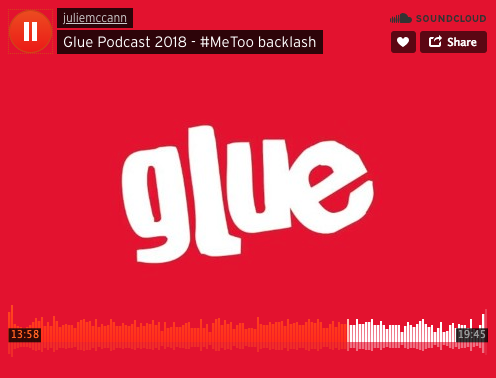 In the wake of the #MeToo movement, dozens of powerful men across the globe have lost their reputations and status as the result of allegations of sexual misconduct, harassment and assault. The movement started in October 2018, more or less as a direct result of the dozens of accusations against Hollywood mogul Harvey Weinstein. More recently, Ontario progressive conservative leadership candidate Patrick Brown and Hedley lead singer Jacob Hoggart are fighting for their reputations in the court of public opinion, railing against allegations they maintain are untrue.

In the last few weeks, across the world, there has been growing pushback to the movement; many are now saying the pendulum has swung too far, and we need to be doing more to protect the rights and reputations of those individuals accused.

Glue editors Kelly Ann Speagle and David Smith discuss these cases and the state of the #MeToo campaign in this episode of the Glue Podcast.