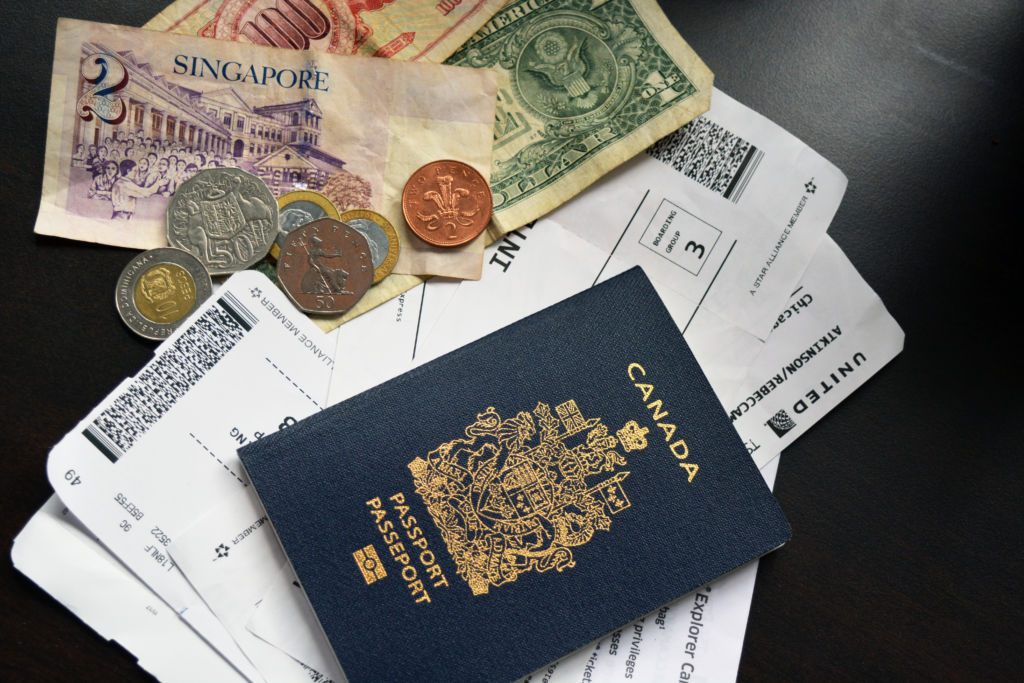 I sat in my childhood bedroom staring at my bulging suitcase with tears in my eyes. I had just returned from two months of volunteer work in Ireland and had spent most of the previous two years without a home address. I’d become a nomad, but it was time for me to stay in one place because I was planning on going back to school.

I realized that, though I was in the place I’d called home for years, I didn’t know where home was anymore. I thought about how badly I wanted to leave again and find where home had gone. The woman who was unpacking this suitcase of dirty clothes and memorabilia was not the same one who’d packed it some two months prior and I wasn’t sure how to cope.

Now, two years later, as I unpacked my suitcase after visiting my sister in Louisiana over reading week, I thought about how good it was to be home and, comparatively, how long it used to take me to transition back to real life.

Many of us travel during reading week, but transitioning back from travel can be difficult. We put a lot of effort into planning our travels, but how many of us prepare for the aftermath of coming back? Living a non-nomadic life after two years of moving around felt like I was totally stuck and travelling ruined my life for a time.

As it turns out, I’m not alone in this reality.

Agnieszka Baxter, a fourth-year commerce and international management student at the University of Ottawa went from spending a semester abroad and travelling Europe, right into a co-op in Ottawa. She worked a desk job for 40 hours a week. Baxter considers the transition a “harsh wakeup call.”

“After one month or two, the (travel) excitement wears off and the post-travel depression starts to kick in.”

Is this post-travel depression a universal actuality? After having taken a year off to travel Western Canada before going to college, Andrew Cotter tried to distract himself from facing the reality of returning to his hometown of Ottawa.

“I wasn’t very depressed or anything,” says Cotter, a second-year mechanical engineering technology student at Algonquin College. “But my mood was not up. I was feeling like crap for a good three weeks.” While he tried distracting himself with what he calls a ‘party phase’, Cotter had to come to terms with what he was feeling when school began.

“You can’t not deal with (the transition),” says Cotter. “You just have to get used to (being back) and it takes time.” His biggest struggle was finding the motivation to get through his classes – even to the point where he considered dropping out.

“Every day I was just thinking, ‘Why am I here?’” says Cotter. “I wasn’t necessarily unhappy, but when I was living out west… the world was my oyster.” While it was a struggle for him to adapt to life after travelling, this transition has gotten easier with each successive trip he takes. Cotter, who now takes short-term trips whenever he gets the chance, feels every one is a refresher and motivates him to focus on his studies until his next trip.

But it’s not always that simple. Rox Chwaluk, student engagement officer at Algonquin College, brought a group of students to the Dominican Republic in February 2016 for an outreach trip and previously co-founded an organization that brought individuals to Jamaica and India. When coming back from travel, Chwaluk says it’s crucial that students make a necessary transition.

“I know people who have never adjusted after a decade,” says Chwaluk.

It’s impossible to quantify the length of time it takes for students to adjust away from being a nomad because each situation is unique.

“Reflection is the number one thing,” says Chwaluk. “You have to share your experiences. You have to normalize them because you have to create your own reality again. You can’t live in this place that doesn’t really exist.”

Travel changed the way I saw the world and myself. I tend to forget that not everyone has been through what I’ve been through and seen what I’ve seen. This “place that doesn’t really exist” is one I’ve come to know all too well and I have often struggled to find a way out of it. While individuals may experience culture shock when travelling abroad, there is a similar shock that comes with returning to what an individual knows – or knew – to be true of the world.

“Re-entry can be more devastating to you and your mental health if you don’t know how to take care of yourself and depression is serious,” says Chwaluk, who adds that while it’s important not to minimize the gravity of this reality, it is necessary to move on.

As I stand on the other side of several other trips, two years since that episode in my childhood room, I finally feel at home. I am content with staying in one place and my feet are on the ground. The transition after travelling was an arduous process, but it wasn’t impossible. Now when I travel, I don’t go looking for an escape, but a temporary getaway. Home is a good place.